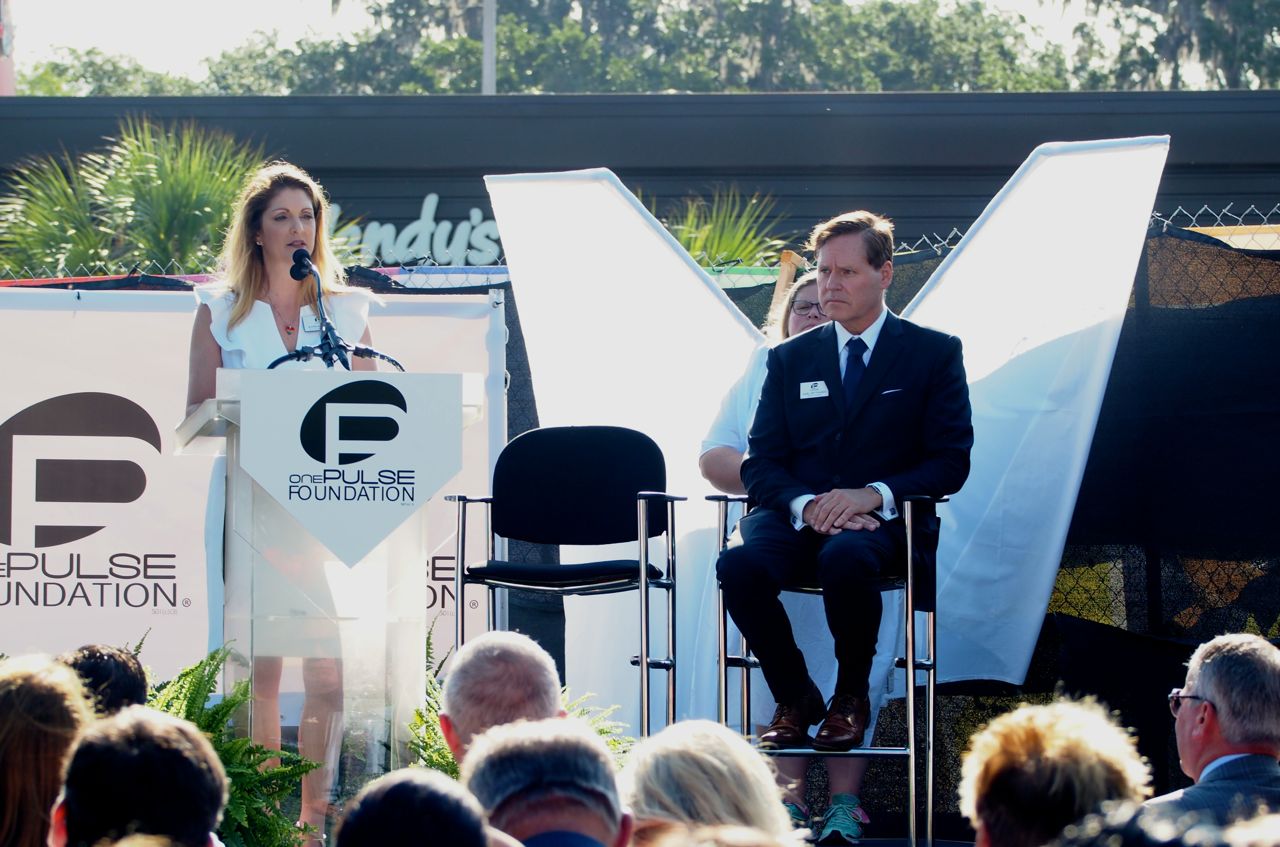 onePULSE Foundation plans a national memorial of hope after the 2016 massacre.

JPMorgan Chase endowed the onePULSE Foundation with $125,000 to support the non-profit’s educational programs as part of the memorial and museum planned as sanctuaries of hope dedicated to the victims of the 2016 mass murder at the Pulse nightclub.

“Change and acceptance begin with knowledge and understanding. That is why we are focused on helping onePULSE advance its already robust and valued educational curriculum — so they can continue to drive acceptance, inclusion, and equity for the LGBTQ+ community and all those who fight against discrimination,” Adrian Kierulf, Community Engagement Manager of JPMorgan Chase, said in a news release Tuesday from the onePULSE Foundation. “We’re honored to continue supporting this important and necessary work from onePULSE in Orlando and nationwide.”

The onePULSE Foundation is planning to build the Pulse Memorial around the Pulse building, where 49 people were massacred on June 12, 2016, at the popular gay nightclub, on Latino night, by a madman professing hatred of gays and allegiance to ISIS.

Plans also include, several blocks to the west near Interstate 4, a towering museum and education center of international stature, dedicated to the victims, survivors, and first responders of such tragedies, and peace gardens in between.

The onePULSE Academy is the education arm of onePulse Foundation. Programs include the Conversation Starters Virtual Film Screenings and Panel Discussions; the Social Visionary Series, which focuses on issues such as race and gender through live performances by social visionaries; the Colloquial Storytelling Series, focusing on topics including individualism, self-image, LGBTQ and STEM; and Changing Families.

Other onePULSE Academy programs include site tours of Pulse, the T.R.I.BUTE Program providing institutional training; and The Faith Council, bridging the gap between the LGBTQ+ community and the faith community.

previousFlorida, national school board associations at odds over federal call for protection