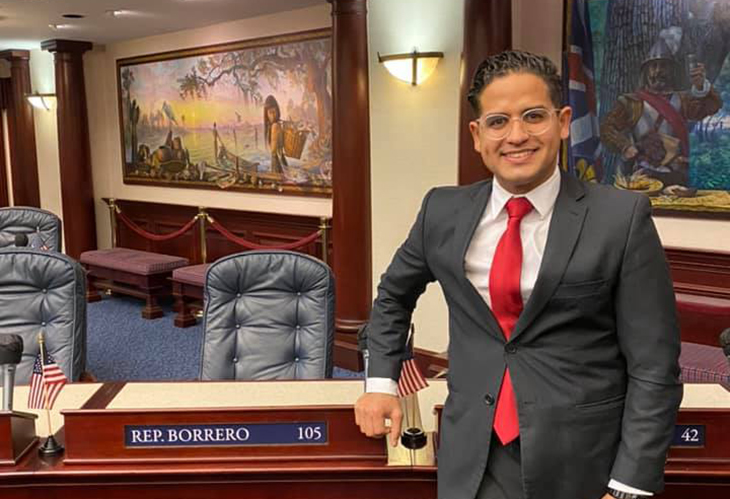 Republican Rep. David Borrero brought in $14,000 in September as he defend his seat in House District 105.

Borrero added $10,000 through his campaign account during the month and another $4,000 via his political committee, Floridians for Prosperity.

Borrero showed $0 in expenses during September. That’s due in part to the fact that no candidates have filed to challenge Borrero for the HD 105 seat.

Borrero won the 2020 race to succeed Rodriguez after the one-term Representative ran for and won an open Senate seat.

The district spans Broward and Miami-Dade counties and stretches all the way across the state to the West Coast, encompassing parts of Collier County as well. It’s unclear how the redistricting process will affect those boundaries and the district’s potential competitiveness.

Republicans in 2020 were also helped out by a surge in support in Miami-Dade County. This year’s contests will show whether that trend holds, or whether 2020 was an aberration.

Prior to entering the House following his 2020 run, Borrero served as a Sweetwater City Commissioner.