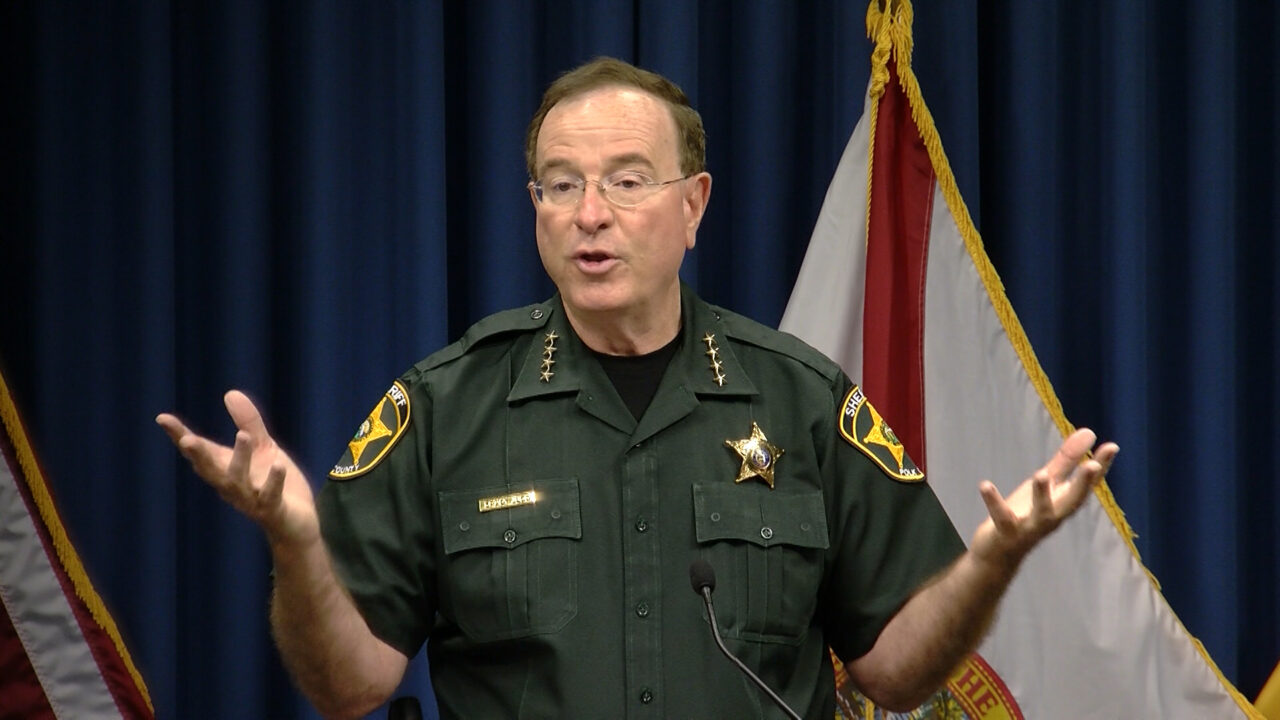 Incumbent Lakeland Mayor Bill Mutz has accused his challenger of trying to trick voters into thinking she was endorsed by Polk County Sheriff Grady Judd.

A mailer sent out earlier this month by mayoral challenger Saga Stevin‘s campaign shows Stevin in a photograph with Judd. That photo is flanked by one of her with former Mayor Howard Wiggs and one of her with County Commissioner Neil Combee.

The mailer reads: “Lakeland Mayor Howard Wiggs, Sheriff Grady Judd, and County Commissioner Neil Combee with Saga Stevin.” Combee and Wiggs have publicly endorsed Stevin. Judd has not, and he does not endorse municipal candidates.

Mutz last week told the Ledger of Lakeland the intent was clear.

“There are two people on either side who do endorse her,” Mutz told the Ledger. “It was intentionally created to infer endorsement.”

In an email to Florida Politics, Judd confirmed he had not endorsed Stevin and won’t be endorsing anyone.

“I have not endorsed any candidate for the mayor’s race in Lakeland, and I am not planning to endorse,” he said. I take lots of photos with many people and encourage them to share them with their friends. I know both candidates and, of course, I am a longtime friend of Mayor Bill Mutz. It is up to Lakeland voters to choose their next Mayor, not me.”

Mutz posted his photo with Judd, thanking him for 25 years of friendship.

“Whereas my mayoral opponent inferred his endorsement in a mailer, the Sheriff does not endorse candidates and is certainly willing to clarify he did not endorse her,” he posted.

Stevin, the next day, responded with a post of her own. In it, she showed a letter of endorsement from the Lakeland Lodge of the Fraternal Order of the Police, which is not affiliated with the Sheriff’s Office, and said she has never claimed to have an endorsement from Judd.

According to The Ledger, Stevin pointed to her website’s landing page as proof she’s not faking an endorsement. About halfway down the homepage of votesaga.com, one will find the same photos from the mailer in the same order.

Under the photo of Wiggs is a quote endorsing Stevin that says: “I’m supporting Saga Stevin because she will give more than lip service to important issues in our community. Saga is passionate in advocating for a safe community by supporting our police and fire departments.”

The Combee photo has a quote that says: “As a FL born and raised Lakelander — Saga Stevin will keep Lakeland affordable by keeping taxes low, supporting local businesses as they recover from COVID, and keeping our neighborhoods free from crime by giving our first responders the tools they need. Lakeland needs a strong leader, and that is why I am endorsing her candidacy.“

But the Judd photo features a quote from Stevin, not Judd. It says: “It was an honor and pleasure meeting with Sheriff Grady Judd. We discussed several issues, focusing on the threats facing our community. During these challenging times, the Polk County Sheriff’s Office and the Lakeland Police Department will continue supporting each other, making sure Lakeland stays a safe place to live, work, and raise a family. I fully support their efforts.”

Mutz, a retired Lakeland business owner, is seeking a second four-year term. Stevin moved back to Lakeland last summer after living in Minneapolis for 24 years. She is pursuing her first public office.

Judd has endorsed opponents for other races in the past. Last year, he backed current U.S. Rep. Scott Franklin over then-incumbent Ross Spano in the Republican Primary for District 15. Franklin beat Spano and went on to win the seat.

Judd ripped Spano during the Primary two years earlier for sending out a mailer of his own that seemed to infer an endorsement. The Spano mailer featured a quote from Judd saying, “Ross Spano is a hero in my eyes.”

Judd responded with a recorded statement saying, “Hello. I’m Sheriff Grady Judd, and I’m angry. Ross Spano is trying to trick you. He used my picture and a quote from a news conference, then mailed it to thousands of people, giving the false impression I’m supporting him. I’m not supporting Ross Spano.”

He didn’t endorse anyone in that primary but threw his full support behind Franklin last year.

previousLast Call for 10.12.21 — A prime-time read of what’s going down in Florida politics