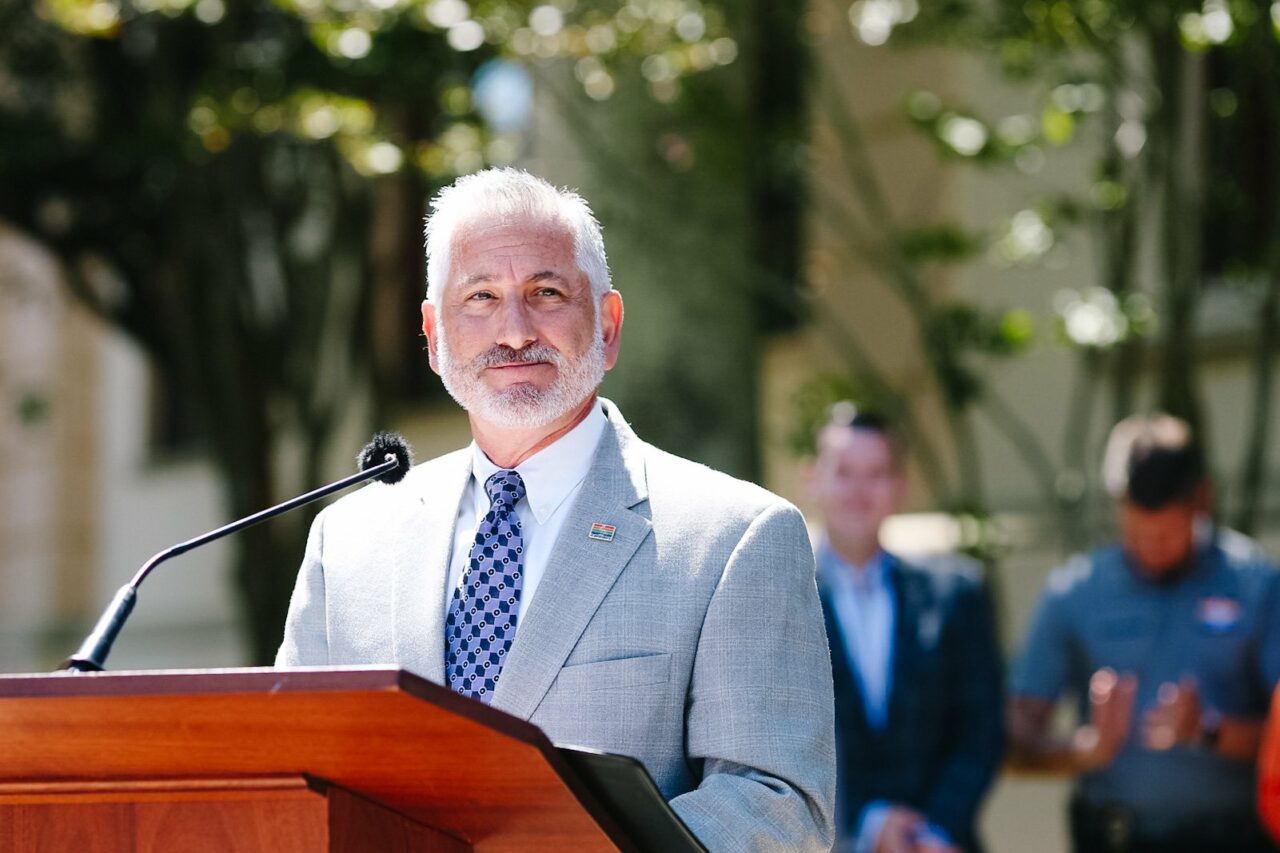 The Mayor leaves office in January.

St. Petersburg Mayor Rick Kriseman will be signing off his final term with a farewell tour, featuring a series of presentations by the Mayor and local officials throughout the city.

Kriseman will kick-off the ‘St. Pete’s Faring Well Tour‘ on Thursday at 10 a.m. to unveil a new plaque at the St. Pete Pier marking the 60th Anniversary of St. Pete’s Sister City relationship with Takamatsu, Japan. The city will host Japanese Consul General Kazuhiro Nakai at the Thursday event.

Deputy Mayor and City Administrator Kanika Tomalin will join the Mayor throughout the tour, which will feature more than a dozen events. The tour will conclude in January, with Kriseman delivering a Faring Well Address as he passes the torch to the next Mayor.

“Opportunities and challenges remain for St. Pete, but the city is faring well,” Kriseman said in a statement. “This is also an opportunity for me to simply say ‘thank you’ to the people of St. Petersburg. Being Mayor has been the honor of my life, but the accomplishments have been a team effort — a credit to 270,000 passionate residents and the best servant leaders in any city government.” 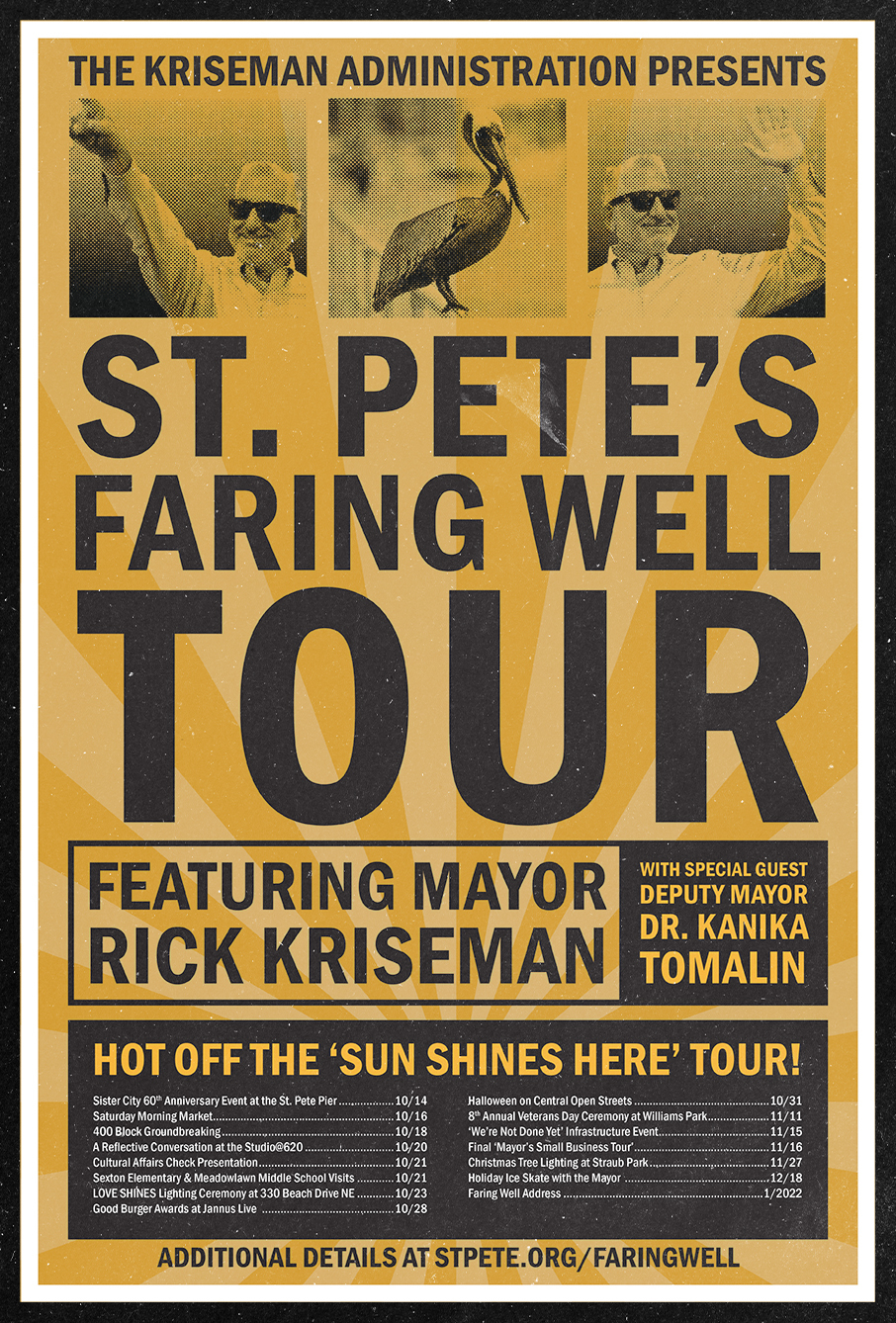 Kriseman was first elected Mayor in 2014, and reaches term-limits in January after a successful reelection in 2017 and inauguration to his second term in early 2018.

“The next Mayor will inherit a growing, vibrant city and a strong government,” Kriseman said. “I’m looking forward to being on tour to reflect on our progress, highlight all the good that is happening, as we recover from what we hope was the worst of the pandemic, and provide updates on important issues like the state of our infrastructure.”

More information on the tour’s stops can be found here.