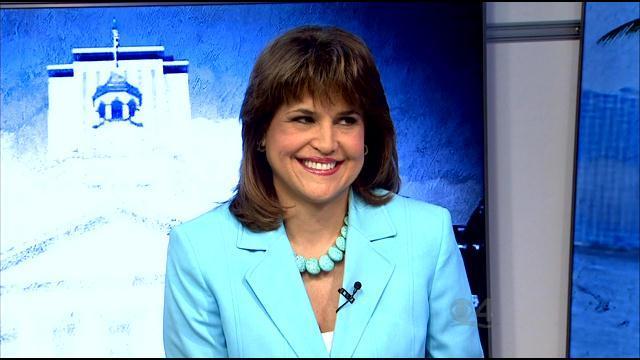 Running for Governor or Senate reelection?

Sen. Annette Taddeo‘s $300,200 war chest might seem outsized for what looks to be an unopposed bid for reelection to Senate District 40.

But will it be enough for the Miami Democrat to make a run for Governor? It’s no secret she’s considering it.

Taddeo’s committee, Fight Back Florida, raised $69,800 in September, and she added another $3,266 for her campaign account. It’s not quite as much as the month before, when Taddeo’s committee hit its highest level of donations on record, with $83,500 raised.

In September, she received a $10,000 donation from Carlos Saladrigas, a Miami retiree who left Cuba as a youth and later became co-founder of Vincam Group Inc., a professional employer association, and Premier American Bank. That was her largest contribution of the month.

Donations to Taddeo’s campaign show grassroots support, with donations of $1 from some supporters. Out of the 49 donations she received to her campaign, 42 of them were from donors giving $50 or less.

Neither her campaign nor committee reported expenditures for September, but she has announced the addition of several “battle-tested national consultants” to help her in her unopposed bid for Senate reelection — or for Governor.

Taddeo’s Twitter feed indicates ambitions beyond her inland district comprised of unincorporated Miami-Dade County, that includes the neighborhoods of Kendall, Olympia Heights, Tamiami, The Crossings and The Hammocks. Gov. Ron DeSantis is a frequent target.

“Florida deserves a Governor who would actually ‘be’ governor,” a Sept. 8 tweet pinned on her Twitter feed reads. “Today we have a Governor who is more interested in being President than he is running Florida, more worried about Republican primary voters in Iowa than he is of families here in Florida.”

Taddeo is facing a June 13 deadline to decide which office she will seek in 2022, although she is expected to make her intentions known much sooner than that.