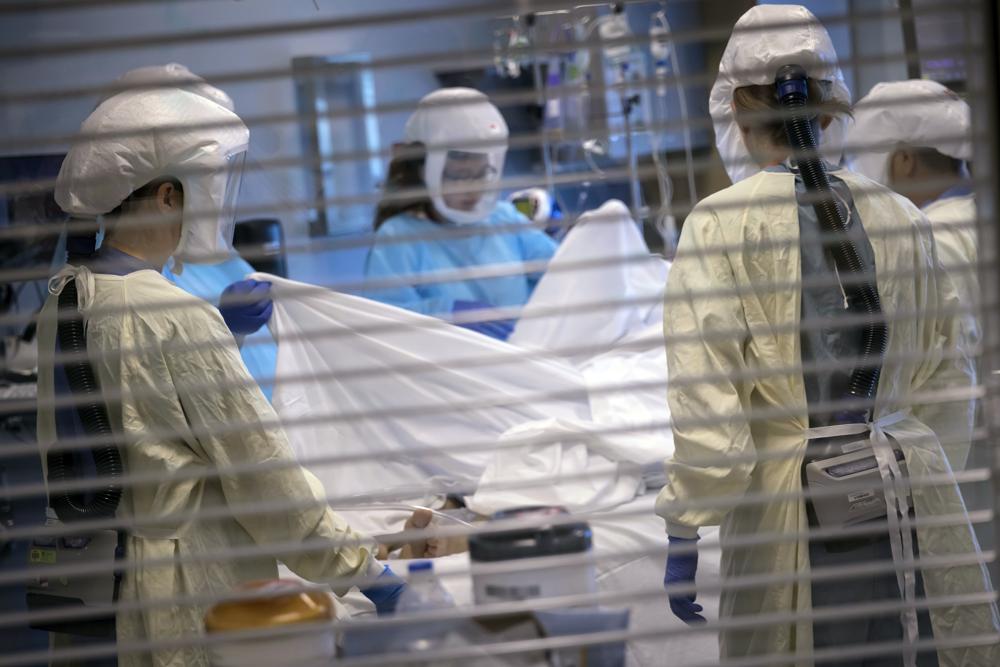 Florida is very close to a low point in weekly counts of new COVID-19 cases not seen since before the delta variant emerged but deaths from the summer surge continue to pile up in numbers rarely seen before the summer of 2021.

That total is in the range Florida was tabulating each week in late May, June, and the first report in July, back when Florida’s coronavirus crisis appeared to be over.

Then came Florida’s summer surge, fueled by the delta variant, which began emerging by July 9. By July 30 Florida was reporting more than 100,000 new cases each week. Those case numbers began falling again in late August.

Friday’s weekly report showed 1,192 more deaths were added to the state’s total in the previous week.

That was the 10th consecutive week that reports from the Florida Department of Health newly tallied COVID-19 deaths of more than 1,000 Floridians over seven-day periods.

Still, Friday’s addition of 1,192 deaths was the fifth straight week that’ Florida’s weekly number of new fatalities fell. The latest report also marked the first weekly total of additional COVID-19 fatalities since Aug. 13 that was not worse any week Florida had suffered prior to the summer surge of 2021.

Nationally, according to data compiled from state reports and released by the U.S. Centers for Disease Control and Prevention, Texas added more deaths in the past week than Florida.

The latest CDC data, appearing in the agency’s COVID-19 Community Profile Report, is a day behind Florida’s reporting period. So the most recent federal reports can only show a week of Thursday through Wednesday. Florida’s weekly state reports show data tabulated Fridays through Thursdays. But the federal reports allow for comparisons of states.

In the CDC’s latest report, through Wednesday, Texas reported 1,579 new COVID-19 deaths during the previous seven days. Florida was next with 1,304 new fatalities in the CDC tabulations, followed by California, 678; Georgia, 607; and Ohio, 531.

That latest CDC data shows that five states — Arkansas, West Virginia, Alabama, Idaho, and Wyoming — had higher per capita rates than Florida of newly-reported COVID-19 deaths for the most recent week. Arkansas’ newly-reported deaths amounted to 12.8 per 100,000 residents. Florida’s amounted to 6.1 deaths per 100,000 residents. Texas’ rate was 5.3; and California’s 1.7.