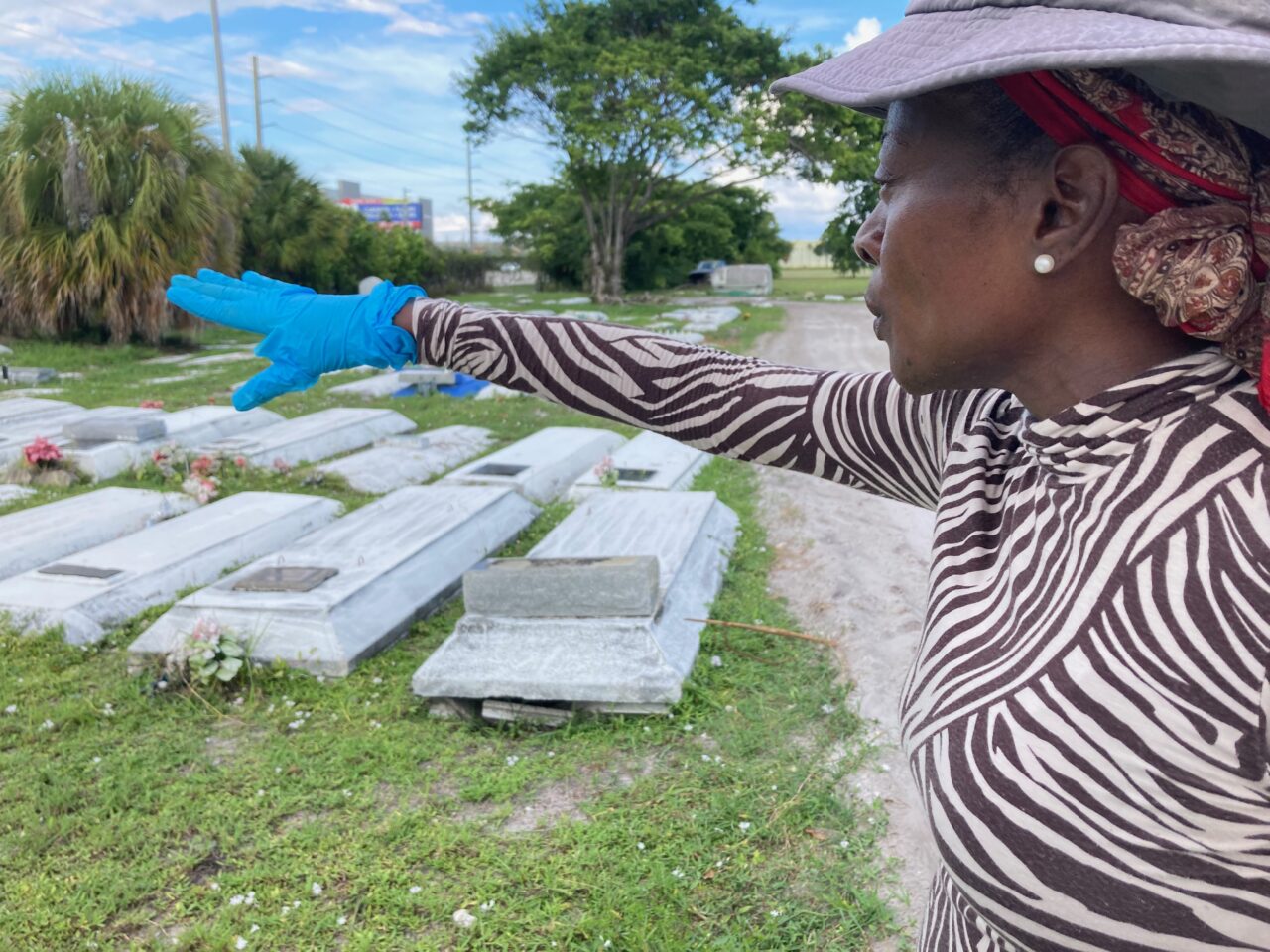 A developer wants the land, but the community worries it could pave over forgotten graves.

Even as a statewide task force now underway seeks forgotten African American burial sites, a proposal to develop land in a Pompano Beach historically Black cemetery has raised fears that more unmarked graves are about to slip into further obscurity.

Westview Cemetery started in 1952, when Jim Crow laws segregated races, even in death. The 15-acre parcel the cemetery sits on was given to the area’s Black community because there was no dedicated place for them to bury their dead, according to court papers. Private property in Deerfield Beach served as the final resting place for the area’s Black community before that was closed for burial in the 1940s.

That gift of land became the basis for the Westview Cemetery Community Association, a nonprofit, and today it’s often the only option for families that can’t afford rates at other cemeteries.

But now it’s fallen into such disrepair, the officers of the nonprofit say selling what is an unused 4.5-acre portion of the cemetery’s land is the only way to address conditions that had bones sticking out of one final resting place.

Rep. Patricia H. Williams is aghast that it’s come to this. Westview Cemetery is the final resting place of actress Esther Rolle, who starred in “Good Times” and “Maude.”

“My heart is heavy,” said Williams, whose grandparents on both sides of her family are buried at Westview. “We never thought we would be in a fight to save the land where we bury our loved ones.”

There is currently a contract for the Westview Cemetery to sell 4.5 acres along Copans Road, between Powerline Road and North Andrews Avenue to KZ Copans. The cemetery is wedged between industrial sites and the contracted buyer also wants to use it for industrial warehouse, distribution and storage, according to city documents.

Emotions ran high as the Pompano Beach Planning and Zoning Board considered the application last month. The scene was a replay of a proceeding in Deerfield Beach that happened in 2015 when the City Commission approved a 69-unit townhouse development on what turned out to be the “Old Colored Cemetery.”  Some have been forgotten without a hubbub. Black graves are believed buried under Interstate 95.

“We are not affecting any part of the cemetery,” Davis told the Planning and Zoning Board. Later the change in zoning and use was tabled.

There’s no doubt the cemetery is filling up, though. Concrete markers are so close together, it’s impossible to walk around without stepping on graves. Cracked stone is everywhere. An oil can was resting on one grave marker earlier this month. Volunteers have been meeting on the weekends to clean up some of the debris.

Terry Ann Williams Edden, whose grandmother is buried there, has brought in grounds workers to cut the grass and she’s been digging into the dirt and finding graves obscured by debris. She is also a candidate for Senate District 33.

Word is the area that’s now just a grassy field; the part proposed for sale was a pauper’s burial area. If the application goes forward, a survey of the ground must be conducted, city officials say.

Still, the same kind of survey in Deerfield Beach’s abandoned cemetery failed to find remains the first two times the ground was surveyed. The plan to build the townhouses was abandoned when a third survey turned up human remains, however. The city bought the parcel and turned it into a memorial park for those whose bodies lay forgotten for decades: the Branhilda Richardson Knowles Memorial Park.

Laura Lucas, a Pompano Beach genealogist, found that a former slave and a Union soldier, were among those lying in Deerfield Beach’s unmarked graves. It helps that Westview is still a working cemetery, she said. But Black graves lie forgotten far too often, she said.

“If you are not honoring the dead, it will continue to happen,” she said.

This past July, a 10-member Abandoned African American Cemeteries Task Force began meeting. The task force has until January to report its findings. The task force was created by HB 37, after three abandoned Black burial grounds were discovered in Hillsborough County. It’s estimated that there are 3,000 of them.

Some Pompano Beach citizens are not taking any chances the community may lose Westview Cemetery — or even part of it. They’ve filed an injunction against the proposed sale, arguing officers who signed the contract to sell the land were not properly authorized, given the association’s bylaws.

The community wants to be able to join their relatives already resting there, plaintiffs say.

nextLast Call for 10.21.21 — A prime-time read of what’s going down in Florida politics