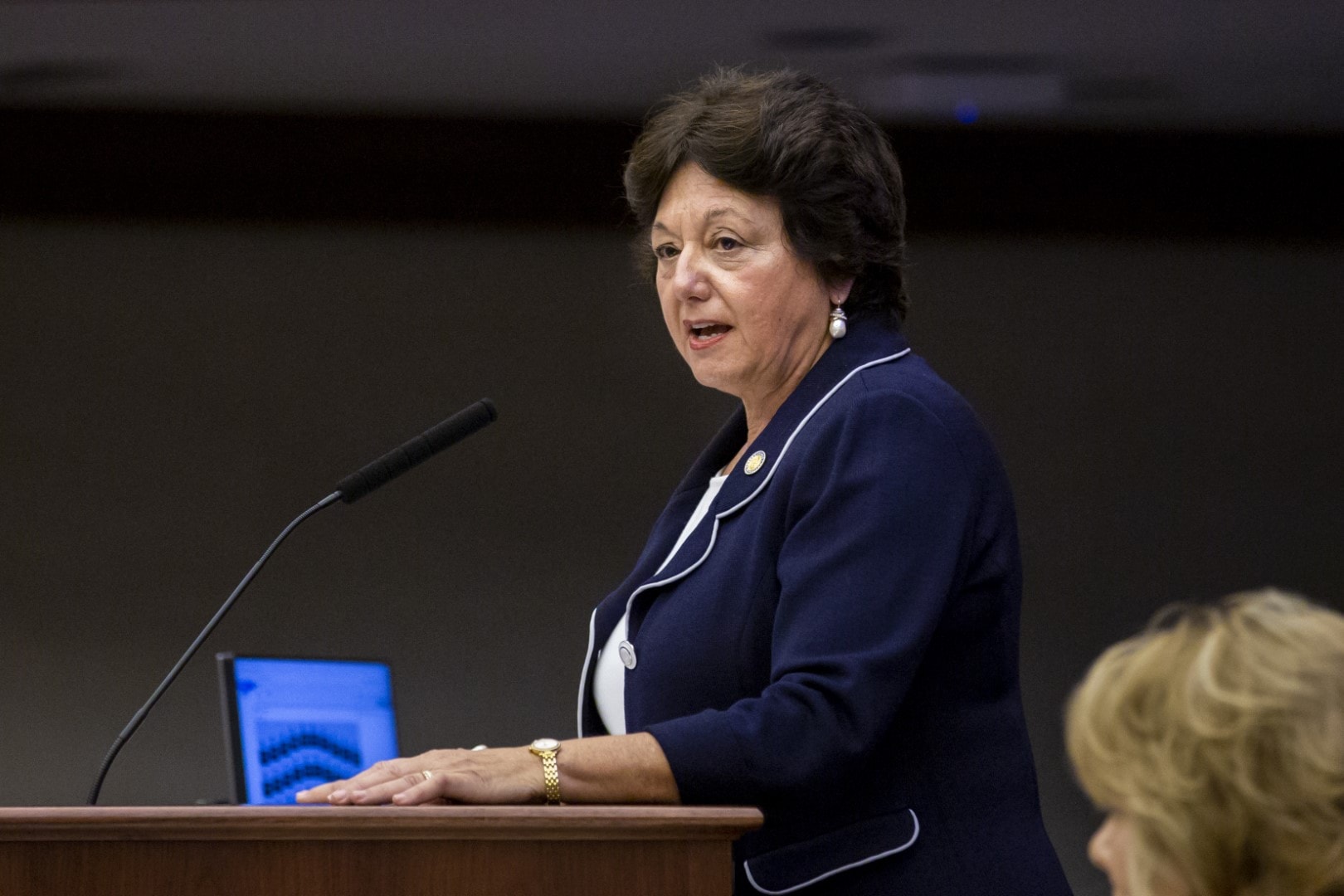 The Diary of Anne Frank was among her favorite books as a child.

A lesson learned in childhood is among the reasons Senate President-Designate Kathleen Passidomo is critical of the nation’s strictest abortion law.

Implemented in Texas, the law bans the procedure after a fetal heartbeat is detected, usually at about six weeks of gestation, and provides no exception for rape or incest. It also allows a person to sue someone they suspect of aiding another to obtain an abortion.

“I do not support citizen enforcement of any kind of laws because I think that’s a slippery slope,” Passidomo told reporters of the latter provision moments after accepting the designation.

Legality and medical science aside, Passidomo said the objection dates to her childhood. “The Diary of Anne Frank,” she explained, was among her favorite books as a child.

“I remember when it was over, I was devastated because she died,” Passidomo told reports of her 8-year-old self. “Why did she die? Because she got turned in by her neighbor, and that stays with me. I think when we talk about this kind of vigilante type of provisions, I’m uncomfortable with them. I don’t think that’s the American way.”

Passidomo’s reservations contrast the eagerness of her soon-to-be predecessor, Senate President Wilton Simpson, who told WFLA “there is no question” the Legislature will consider a similar proposal.

“It’s something we’re already working on,” Simpson said in September ahead of the bill filing.

A Republican, Passidomo asserted a larger discussion on abortion is needed. She highlighted abortion alternatives such as adoption and education. She also reaffirmed a desire to do whatever is constitutionally permissible to “protect the unborn.”

“I also think we don’t put enough emphasis on alternatives,” Passidomo said. “One of the greatest men I know, President Simpson, was adopted. What would we have done in the, in the Senate if he had not been adopted?”

Notably, Gov. Ron DeSantis is also among those who appear less than enthusiastic about the proposal. In June, the Republican Governor stopped short of endorsing the measure at a press conference.

“That is obviously, I think, going to have some legal challenges between now and then so we’ll see what happens,” DeSantis said before touting his devotion to “pro-life” principles. “Obviously, we believe very strongly in those principles.”

Passidomo will serve as Senate President in the 2022-24 term, assuming Republicans maintain a majority in the upper chamber.