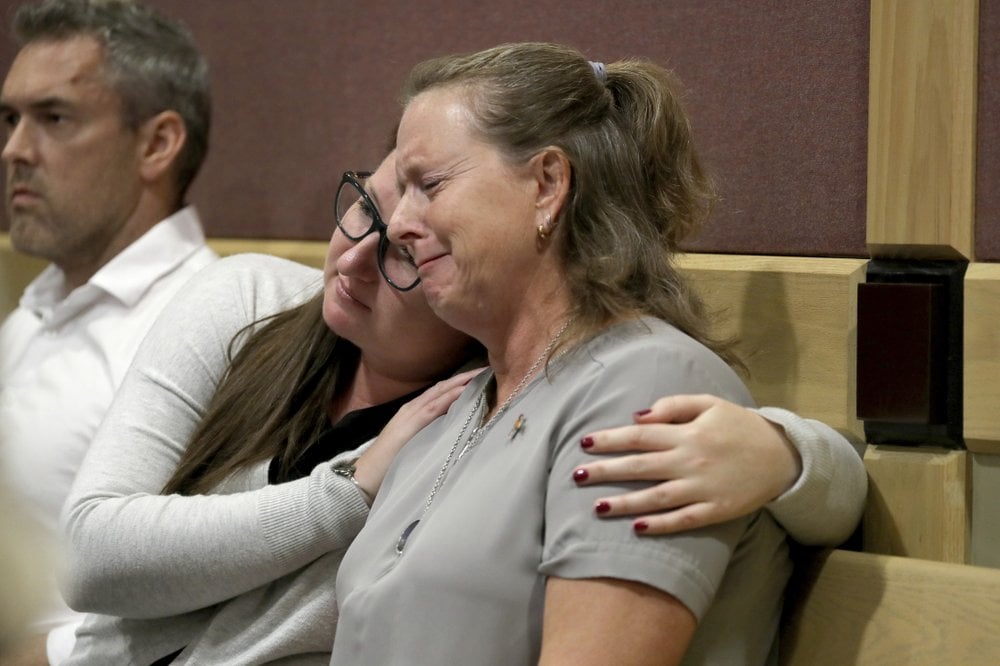 'He deserves the fullest punishment.'

He faces a minimum sentence of life in prison and remains eligible for the death penalty.

Florida politicians reacted to the news.

Agriculture Commissioner Nikki Fried was among the first to issue a statement on the plea, which will save the victims’ families from having to endure a lengthy and arduous trial.

“My heart is with the Parkland community today,” she said. “Nothing can ever bring back the precious lives that were lost or undo the trauma that was inflicted on our students, faculty, and loved ones, but I hope that this can be another step forward in the healing process. We must continue to honor the memories of the 17 students and staff members who were killed and recommit ourselves to the common-sense actions needed to address the epidemic of gun violence in the United States and prevent further tragedies.”

U.S. Rep. Carlos Giménez served as Miami-Dade County Mayor when the massacre occurred. Under his leadership as Mayor, Miami-Dade adjusted its budget after the killing to place at least one armed police officer at every public school and fund nine “rapid response teams” to be deployed as needed in response to active shooting scenes.

Giménez posted to Twitter, taking aim at an apology to the victims Cruz made after pleading guilty.

Cruz said he has “to live with” what he did every day and, if given a second chance “would do everything in (his) power to help others.” Cruz claimed his actions cause nightmares, adding: “I can’t live with myself sometimes, but I try to push through because I know that’s what you guys would want me to do.”

Nice try, but Cruz has forfeited his right to breathe the same air as those whose loved ones he took away, Giménez said.

“Nikolas Cruz took 17 innocent lives. In his plea, he makes himself out to be the victim, saying ‘he has to live with this forever,’” Giménez said. “This day is not about him, but about being one step closer to bringing justice for the families. He deserves the fullest punishment.”

Jury selection for his sentencing will begin Jan. 4, 2022.

Before the hearing occurred, Rep. Christine Hunschofsky, who served as Parkland Mayor from 2017 to 2020, posted a photo on Twitter the victims’ names, which she has hanging in her office.

“While there will be a hearing today, I am thinking of the 17 lives stolen, the 17 injured and the thousands who were traumatized. My heart is with all of them, their families and their loved ones,” she wrote.

In August, Sen. Joe Gruters filed a bill that, if approved during the 2022 Legislative Session, would direct the Broward County School Board to pay $25 million to the families of those killed and others who were injured during the shooting.

Cruz’s defense had long offered a guilty plea in exchange for life in prison without parole, but only if the death penalty were removed as a potential sentencing. Prosecutors refused.

Last week, word came that Cruz, 23, planned to plead guilty to all counts.

U.S. Rep. Stephanie Murphy of Seminole and Orange counties wrote on Twitter: “Thinking today of al the victims, those who loved them, and the entire Parkland community. Our hearts are with you.”

Sheila Cherfilus-McCormick, a Democrat running to fill the vacant U.S. House seat representing Florida’s 20th Congressional District, wrote on Twitter: “The Parkland Highschool (sic) Massacre was and still is a watershed moment for Broward County families. I hope those victims (sic) families can get some consolation that the murderer is pleading guilty and will (not) be able to hurt another innocent again.”

At about 1 p.m., U.S. Rep. Val Demings, who is running to unseat U.S. Sen. Marco Rubio, wrote: “Praying for the families of Parkland this morning. We know the road to healing and justice is long but we’re committed to every step of this journey.”

Former Parkland City Commissioner and state Rep. Jared Moskowitz, who in February resigned as director of Florida’s Emergency Management Division, retweeted a video of Cruz’s apology. Moskowtiz, now a special adviser to Miami-Dade County for COVID-19 response, wrote at about 5:30 p.m.: “F**k his apology. You can’t ‘apologize’ for taking someone’s child away from them, forever, permanently.”