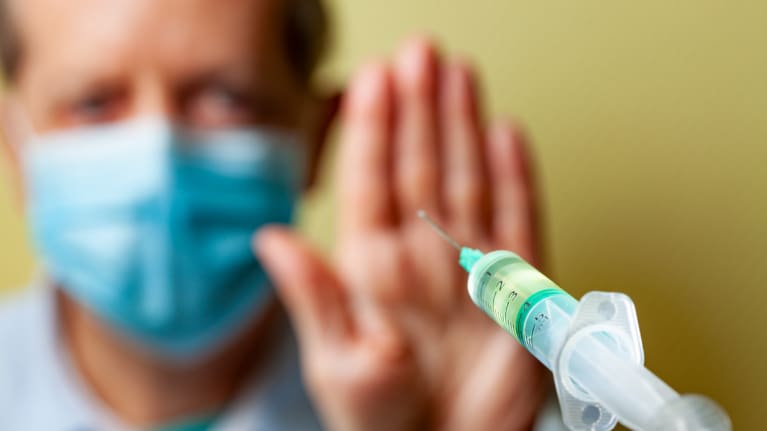 The move comes as Gov. Ron DeSantis makes plans for a Special Session on the issue.

Just weeks after abandoning its vaccine mandate for city employees under pressure from the Gov. Ron DeSantis administration, Gainesville’s lawyers are defending the defunct mandate in state court.

Brasington has not yet ruled on the city’s request to reconsider her ruling.

The city’s legal maneuver comes after a Sept. 23 meeting in which city commissioners voted 6-1 to scrap the vaccine plan entirely. It’s not clear why the city is continuing to defend the ordinance now that it no longer exists.

The legal wrangling comes as DeSantis promised to call legislators back to Tallahassee for a Special Session to consider proposals to ban vaccine mandates.

“Your right to earn a living should not be contingent on COVID shots,” DeSantis said Thursday.

Shelby Taylor, the city’s communications director, declined to comment on the city’s motion. Mayor Lauren Poe and city attorneys have not responded to multiple emails and voicemails. Taylor said city officials are not permitted to speak about the ongoing litigation.

When commissioners adopted the vaccine mandate in early August, Alachua County was experiencing a surge of COVID-19 infections. Three weeks later, 200 public employees in the city, including firefighters, police officers and utility workers, filed suit against the city.

Brasington granted the workers a temporary injunction that prevented the city from enforcing its vaccinate or terminate policy. In her order, Brasington cited Florida residents’ constitutional privacy rights and said the city did not present sufficient evidence that vaccinations were the least restrictive means to ensure community safety.

In its Oct. 4 filing, the city claims Brasington made multiple errors in her decision to stay the city’s vaccine mandate, including applying the wrong legal standard and improperly extending the rights of private citizens to citizens employed by the government.

On Oct. 6, Jeff Childers, the lawyer representing the employees, filed a response to the city’s latest motion, saying the city offered nothing new and was refiling prior arguments combined with “a variety of logical fallacies, straw men, red herrings, false dichotomies, references to evidence not in the record, citations to inapplicable authority, and wild speculation about the potential future direction of Supreme Court law.”

In an interview, Childers questioned the sincerity of the city’s latest motion.

“I think they’re just trying to stretch out their time to file an appeal,” he said.

If the injunction were overturned and the vaccine mandate reinstated, the city could face fines from the Florida Department of Health.

One day after commissioners rescinded the vaccine mandate, the city received a letter from the agency warning it would incur fines if a vaccine mandate were enforced.

City Manager Lee Feldman responded in a letter telling the state that employees were no longer subject to a vaccine requirement.

Since the city filed its motion for reconsideration, one Florida county has been hit with more than $3.5 million in fines for what the health department called a “blatant violation of the law.”

Leon County enacted a policy to require its employees to provide proof of vaccination by Oct. 1 and fired 14 employees for refusing to comply with its mandate.

“Am I concerned? Am I worried? No,” he said. “I think history is going to judge these people very poorly.”

He added: “I think fines like that are counterproductive. I think it’s heavy-handed authoritarian government. All we’re trying to do is get people safe vaccinations.”

Both parties have until Tuesday to submit highlighted case law and proposed orders for Brasington’s review. Should the court withdraw the injunction, Childers said he plans to appeal the case.

Republished with permission from Fresh Take Florida, a news service of the University of Florida College of Journalism and Communications.