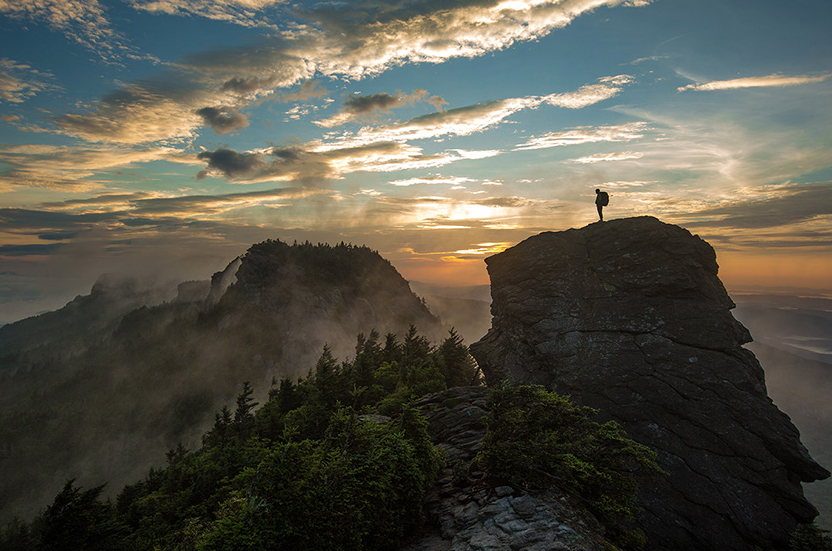 They have some of what Florida offers, and some other stuff too.

Ahh: the beaches, the theme parks, the golf, the urban rhythms, the palm trees, the fishing, the food, the sunshine, the swamp stomping, the mountains.

That’s right. North Carolina and South Carolina are catching more and more vacationers. They have many of the same offerings as Florida, and some Florida lacks, like mountains.

According to a new survey of would-be vacationers conducted by VISIT FLORIDA, the Carolinas now are the top other-choice behind Florida. That came as a bit of a surprise to some when VISIT FLORIDA’s annual integrated marketing effectiveness study was presented Wednesday to the agency’s Marketing Council.

Not California, New York, or the Caribbean, as in past surveys.

But the Carolinas combined as the number two destination, as planned by 23% of vacationers, and as a possible trip by 33%. VISIT FLORIDA didn’t differentiate between the two states.

“That is not normally true. If you look back at IMEs from prior years, North and South Carolina typically fall, at the very least, behind California, New York, and the Caribbean, and sometimes they’ve also been behind Hawaii, Nevada, and Texas,” said VISIT FLORIDA Director of Research Jacob Pewitt Yancey. “This is the first time we’ve seen such a high level of interest in the Carolinas.”

There was a nervous question for Florida’s tourism marketing group. What are the Carolinas doing to grab a bigger piece of the market?

“I can see why we’re paying attention to the North and South Carolina areas,” said Marketing Council member Mark Smith, of Florida State University/The John & Mable Ringling Museum of Art. “I’ve been there several times. And, yeah, they’re nipping at our heels when it comes to certain things, as far as being a destination area.”

“The Palmetto State and the Sunshine State have always been friendly rivals, and while our population and tourism economy are much smaller than Florida’s, we’re proud to be punching above our weight class,” Queen said.

Yancey’s closer analysis of VISIT FLORIDA’s survey results showed that when it comes to every one of the things that attract people, including health and safety guidelines, activities, warm weather, family friendly environment, accessibility, and natural beauty, the Carolinas ranked better than most rival vacation destinations. The destinations didn’t have any super strengths, but there weren’t really any weaknesses. And for much of the Northeast-Midwest market, the Carolinas are closer than Florida.

Some of the strengths might have led vacationers to give the Carolinas a try during the COVID-19 pandemic. And maybe they liked it.

“I think what we have to look out for is that the situation over the last year and a half may have pushed people, who in the past might have gone to Florida for a vacation, to instead go to the Carolinas,” Yancey said. “And maybe they had a really good time there. And maybe the Carolinas start to look a little bit better than Florida in the future, because they had a really nice time there and it’s easier to get to.”

North Carolina’s Tuttell said that’s what they’re hoping for. People get into habits, he said, going on the same vacations year after year; and if you can convince them to try some place new, and they like it, you can steal their vacation loyalty.

“Our research shows we’re a very hospitable area, and if we can get people here, there’s a 75% chance they’ll come back,” he said.

Mused VISIT FLORIDA Chief Marketing Officer Staci Mellman: “This is a justification for our continued marketing.”

nextLast Call for 10.27.21 — A prime-time read of what’s going down in Florida politics