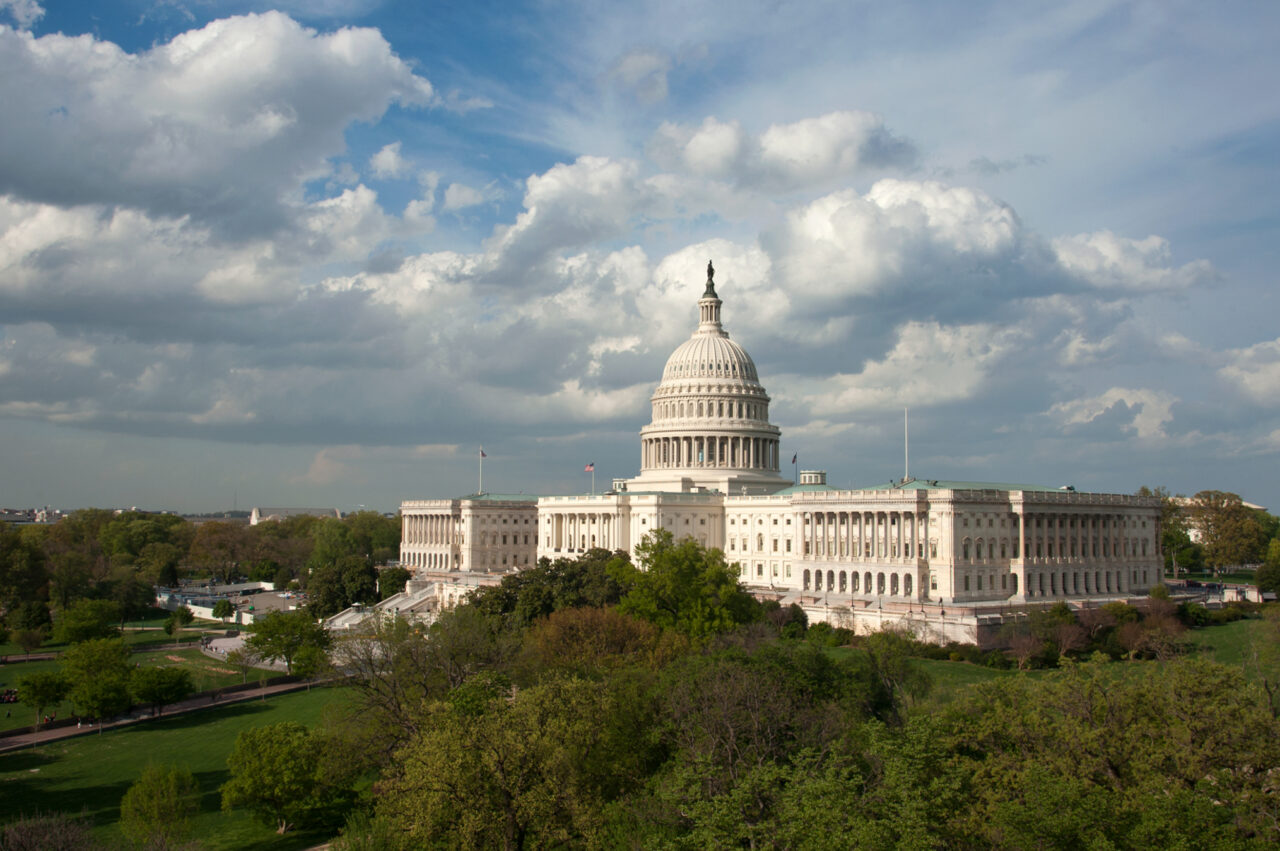 Enforcement over the disclosures is notoriously lax.

Mandatory reports that would reveal key details about the personal wealth of scores of political challengers running for Florida’s congressional seats are missing from government files on Capitol Hill.

The missing paperwork means voters have few clues so far about where these candidates — 22 Republicans and 15 Democrats — have earned their money, where they invested or to whom they owe personal debts. It was supposed to be submitted to the Capitol in Washington.

Seven of the candidates were running for the vacant seat in Florida’s 20th Congressional District in the southeast, where primaries were happening Tuesday. The rest were candidates for next year’s elections.

The paperwork — known as a financial disclosure report — must be filed annually by all members of Congress or congressional candidates by mid-May or within 30 days as soon as they spend or collect at least $5,000 during their campaigns, and no more than 30 days before an election, including a primary, according to congressional rules.

Candidates’ explanations included reports being lost in the mail, forgetting they were due, technical glitches and confusion over what Congress required. One candidate said she was preoccupied with a recent divorce and would quickly send her past-due report to Washington.

Enforcement over the disclosures is notoriously lax, but failure to file a report or including false information in one is a federal crime punishable by up to one year in prison and civil and criminal fines of nearly $125,000. The House Ethics Committee can also impose additional punishment.

A survey of 162 incumbents and challengers in Florida’s upcoming congressional races found 96 politicians met the threshold requirements under the law, but 38 — more than one-third — had no such reports publicly on file yet with the House clerk’s office.

How did candidates who dutifully sent their paperwork on time know to submit the financial reports?

“We read the federal election law,” said Yolanda Brown, a political consultant for Fort Lauderdale Democratic Rep. Bobby DuBose, running in next week’s Congressional Primary. Another Democrat in the race, Barbara Sharief, said an information packet she received from the government when she filed as a candidate contained clear instructions. She sent her report to Washington — twice — in July.

In all, the missing reports included candidates in 18 congressional races across Florida. The overdue reports prevent voters from knowing whether a candidate is wealthy, broke, deeply in debt or invested heavily in companies with special interests. The reports also list gifts or travel paid by others and positions with any outside organizations.

“Voters have a right to know whether a candidate’s personal interest will conflict with the public interest,” said Kedric Payne, senior director of ethics and general counsel for the Campaign Legal Center, a Washington nonprofit. “If candidates do not appear to be completely transparent before they are elected, voters have no guarantee the candidate will be transparent when they assume office.”

The disclosure reports are unrelated to campaign finance documents filed separately with the Federal Election Commission; those identify a campaign’s donors and record where candidates are spending political money.

Among congressional candidates with overdue paperwork:

— Sheila Cherfilus-McCormick, running among 16 Democrats for the open seat formerly held by Rep. Alcee Hastings, who died earlier this year. The longtime CEO of Trinity Health Care Services, a home health care company, loaned her own campaign $3.7 million of the total $3.8 million it has received in contributions, though she has already repaid herself more than $2 million, including nearly $20,000 last month. The government previously gave Cherfilus-McCormick extra time to submit her financial reports during her unsuccessful 2018 Primary election but she never submitted those, either. Cherfilus-McCormick said in a brief phone interview Thursday her campaign was submitting her report.

— State Rep. Omari Hardy, a Mangonia Park Democrat, is a young progressive first elected to the Florida House last year, who has raised about $172,400 running in Florida’s 20th Congressional District. As a state lawmaker, Hardy filed a financial disclosure report last month with the Florida Ethics Commission — one that revealed he was nearly $100,000 in debt — but that doesn’t affect his obligation to submit the federal paperwork in Washington, too. Hardy acknowledged the oversight and said he would submit his. “We’re working on that,” he said.

— Brady Duke, a former Navy SEAL sniper and minister running as one of five Republicans in Florida’s 7th Congressional District near Sanford, to unseat Democratic Rep. Stephanie Murphy, who was first elected in 2016. Duke has raised nearly $515,000 so far toward next year’s Primary. Duke did not return phone messages or emails over two days to his campaign offices, ministry or his wife.

— Laura Loomer, the conservative Republican firebrand running in Florida’s 11th Congressional District west of Orlando, raised more than $207,000 so far toward next year’s Primary. Loomer is running against incumbent Republican Rep. Daniel Webster. A previous financial report Loomer filed in 2019 — when she ran unsuccessfully in Florida’s 21st Congressional District — reported that she had earned $118,633 in donations for activism and investigative journalism, and she reported owing loans of between $25,000 and $65,000. Loomer did not return phone messages or emails over two days to her campaign address or her lawyer.

— Republican Carla Spalding, a candidate in Florida’s 23rd Congressional District in southeast Florida, raised more than $886,000 so far toward next year’s Primary. Democratic Rep. Debbie Wasserman Schultz holds the seat. A report Spalding filed before she lost an election last year to Wasserman Schultz reported $57,671 in income — including $22,500 from her own campaign — and student loans of between $50,000 and $100,000.

Spalding’s treasurer, Sean Williams, said Thursday he planned to send her report to Washington as soon as a technical issue was resolved between the House clerk’s office and the Federal Election Commission, where politicians file forms to declare their candidacies. Candidates were instructed to file reports directly with the clerk in Congress, not through the FEC.

The House clerk’s office said Friday it was unaware of any miscommunication between it and the FEC.

— Republican Gregory Musselwhite, also running in next week’s Primary, also blamed a glitch between the FEC and House clerk’s office that he said prevented his campaign from being notified a financial disclosure report was due. He said he sent the report Friday to Washington after a reporter asked him about it.

— Rebekah Jones, the former state Health Department data manager and whistleblower who antagonized Gov. Ron DeSantis over claims about infection numbers and who faces a felony hacking charge over allegations that she illegally downloaded government files after she was fired. Jones, who has raised nearly $113,000 so far, is running as a Democrat in Florida’s 1st Congressional District in the Panhandle, trying to unseat Republican Rep. Matt Gaetz. Her report could reveal new details about her fundraising efforts to pay her legal costs and expenses associated with publishing pandemic data on her own website.

Jones said Thursday her report must have been delayed by the U.S. Postal Service: “We sent it in via snail mail so I’m not sure what the holdup is,” she said. She added: “There’s nothing exciting there. We own two cars, no stocks, and have a ton of student loan debt.”

Jones’ campaign passed the $5,000 threshold in early July, according to a list of her contributions on file with the FEC.

Some candidates had been granted extra time to submit their reports and were not counted among the 38 with missing reports. Five politicians had been given extra time but missed their new deadlines, too.

One of the 38 candidates was neither Republican nor Democrat: Leonard Serratore, who is not affiliated with any party and raised nearly $14,000, running in next week’s Special Election. Serratore also said his campaign was never notified a report was due, but he filed one Friday. “Just filed a report right now,” he said. “They were having problems.”

Republican Martin Hyde, trying to unseat Republican Rep. Vern Buchanan, in Sarasota bristled over questions about his missing report. He conflated the congressional disclosure with his FEC campaign finance report he submitted earlier this month.

“I don’t take kindly to this sort of ‘fake news’ nonsense and govern yourself accordingly,” he said in an email.

When a reporter explained the differences between the filings, Hyde said his campaign would take care of it and instructed the reporter not to contact him again.

Cindy Banyai, an underdog candidate in the Democratic Primary in Florida’s 19th Congressional District in Naples, acknowledged missing her deadline and blamed a divorce earlier this year. “Being a working-class single-mom running for Congress is tough!” she said in an email.

She later provided a reporter with a draft copy of her financial disclosure.

Corbin Bolies reporting; produced by Fresh Take Florida, a news service of the University of Florida College of Journalism and Communications. The reporter can be reached at [email protected].

Corbin Bolies is a reporter with Fresh Take Florida. A rising senior at the University of Florida, he currently serves as a breaking news intern for The Daily Beast. He has also worked as an investigative reporter for the student-run newspaper, The Independent Florida Alligator, and a reporter for Gainesville's local NPR affiliate, WUFT. You can reach Corbin at [email protected]