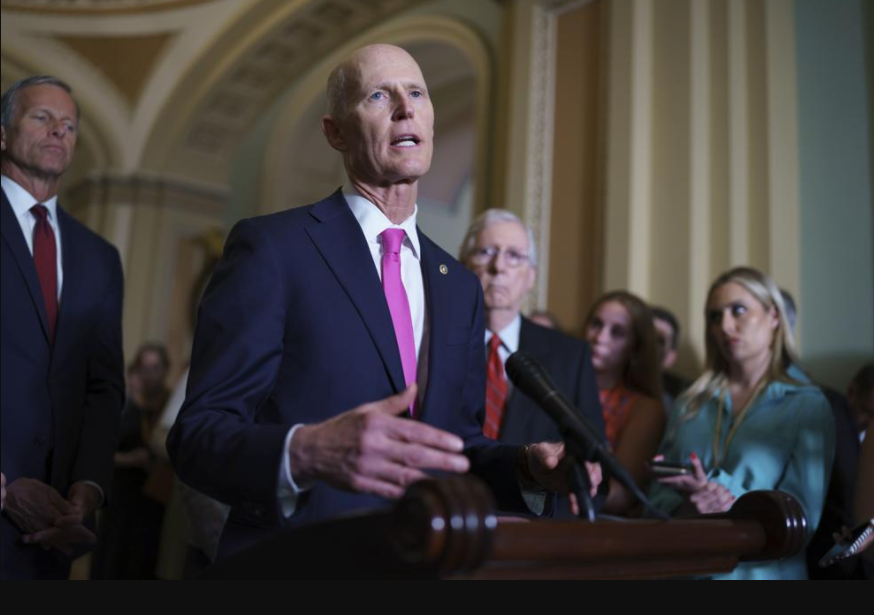 The Senator said 'red tape' may be to blame.

U.S. Sen. Rick Scott on Sunday expressed frustration over continuing backlogs of cargo at ports, suggesting the Joe Biden administration could take some tips from how he handled fuel issues in Florida after hurricanes.

“When I had hurricanes in Florida, I had to make sure we didn’t run out of fuel. I was constantly on the phone with everybody involved in delivering fuel. And even though we were selling some nine times the normal amount of fuel, we didn’t run out,” Scott said.

The Senator spoke on Fox News Sunday, part of a wide-ranging interview that touched on several topics. He pivoted to discussing the infrastructure bill, seeming to avoid the push in recent weeks from his successor as Governor to make Florida ports at least a “partial solution” for a supply crisis that sees goods piled up at ports elsewhere and a shortage of trucks to offload them.

“We are going to make sure Americans get their Christmas gifts this season,” Gov. Ron DeSantis said Oct. 19 at JAXPORT, as he appealed to stalled shippers to reroute cargo to one of Florida’s 15 ports.

CFO Jimmy Patronis, appointed by then-Gov. Scott to fill the unexpired term of Jeff Atwater as CFO before being elected in his own right, has likewise urged Biden to “flex some muscles” regarding finding a solution to the stalled cargo … or else Christmas could be ruined.

“I don’t know why the President doesn’t just flex some muscles, offer up some other ports to do the jobs, and not take a chance of ruining Christmas,” Patronis said during an appearance on Fox and Friends First last week.

Patronis, DeSantis, and other state officials have pushed Florida ports, which have seen a flood of capital investments during both the Scott and DeSantis administrations, as a solution to port snarls in California and elsewhere for weeks now. But the effort seems to be a work in progress, even as Christmas gets ever closer.