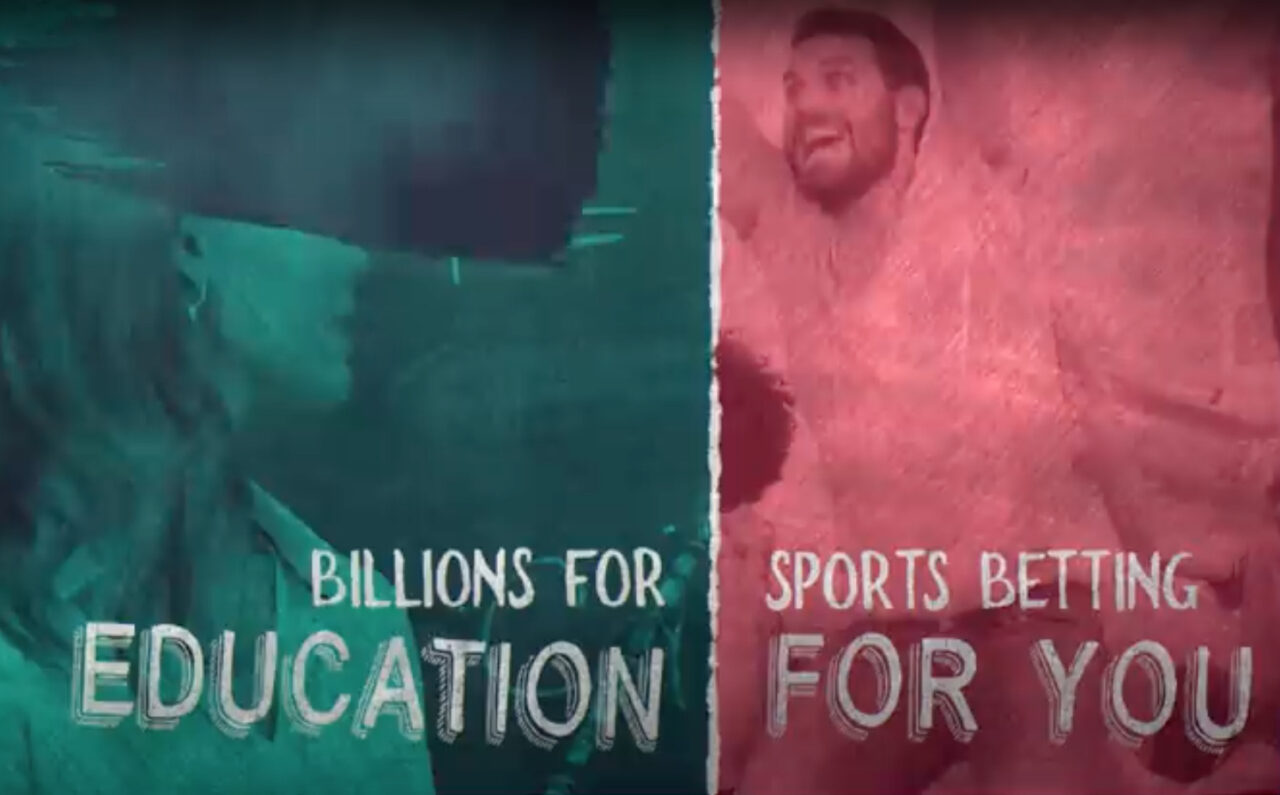 The political committee seeking to expand the state’s new sports betting authorization beyond the Seminole Tribe of Florida is launching a television ad making the case that such expansion would be good for both gamblers and schools.

Florida Education Champions is running a petition drive seeking to get a constitutional amendment on the 2022 statewide ballot that would open sports betting authorization to other sports book houses. The amendment also would provide that, if taxes on sports betting are ever authorized, tax proceeds would be reserved for public schools.

The committee is funded by DraftKings and FanDuel, the big, national daily fantasy sports platforms

The Seminole Tribe of Florida just launched its statewide sports betting app, as authorized by the 2021 Florida Gaming Compact, approved by the Florida Legislature in May and the federal government in August. The app authorization is part of a broader gambling expansion deal Florida signed with the Seminole Tribe, through which Florida would get $500 million a year, though there are no specific taxes or provisions that the money go to education.

Florida Education Champions’ petition drive is one of two gambling initiatives being pushed right now. Neither is making rapid progress toward garnering at least 891,589 valid voter signatures needed by January. According to the Florida Secretary of State, while Florida Education Champions has 66,817 petitions verified for its proposal on Tuesday, the committee states it has over 350,000 in process of verification.

The Seminole Tribe of Florida is not standing still. The Tribe launched its own ads last month through its political committee Standing Up For Florida urging Florida voters to not sign gambling petitions, charging they were from “out-of-state gambling companies.”

The Florida Education Champions’ new TV ad is in part a response.

“While Seminole casino bosses may be attempting to scare or confuse the public with their ads, our message is simple, yet strong,” Florida Education Champions Spokesperson Christina Johnson said in a news release Tuesday. “For sports bettors who want competition and the freedom to choose which platform they use — rather than being backed into the corner by an arbitrary monopoly — it’s a win. But it’s also a win for Floridians who want to help bolster public education funding and ultimately ensure the future success of our students.”

The new 30-second spot “Win-Win” aims to convince people to reach out to Florida Education Champions and offer their petition signatures.

“Everyone loves a win-win, and if you’re a fan of sports betting, you can win-win, too!” declares a narrator standing in front of a school chalk board. “Billions of dollars for education. Legal sports betting for you!

“We’re Florida Education Champions, and our petition brings legal sports betting to Florida, and gives all the tax revenue to public education. That’s a win for you and our kids!”

She then encourages viewers to text the committee at a toll free number appearing on the screen, and to sign the petition.

The Florida Education Champions’ commercial tells viewers the petition brings legal sports betting to Florida, but that already has happened, with the Seminole Tribe’s now-live Hard Rock Sportsbook app. The commercial also tells viewers the amendment would give all tax revenue to public education, but that would only occur if there were a tax on sports betting, and there currently is no such tax.

The other gambling petition drive underway is from Florida Voters In Charge, backed by Las Vegas Sands Corp. and the Poarch Creek Band of Indians of Alabama. They are pushing a proposed constitutional amendment to allow certain existing, North Florida parimutuel-based card rooms to move to bigger, better locations, essentially to become full-service casinos.

That drive has 90,146 signatures Tuesday, according to the Secretary of State.