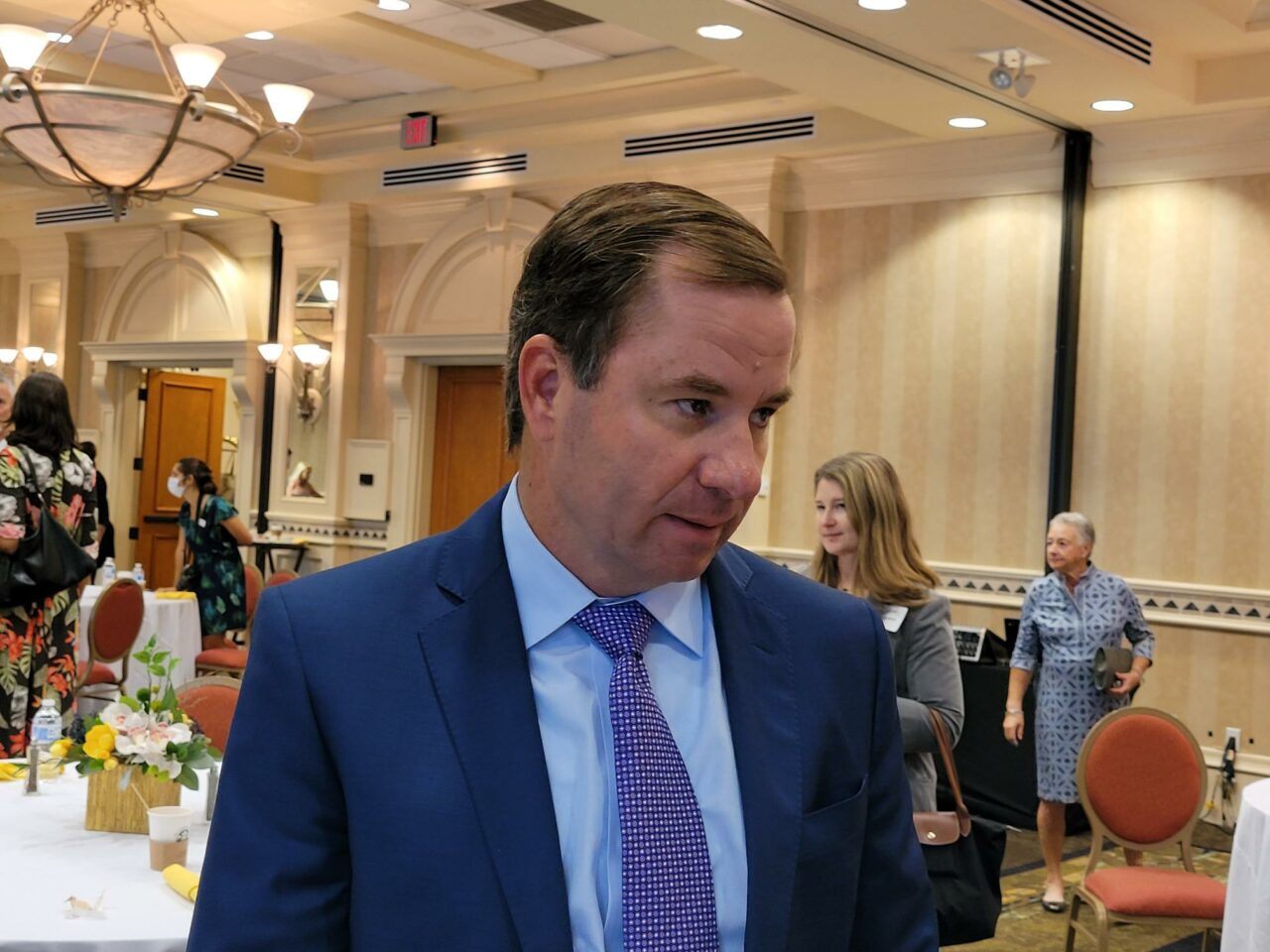 Progress has taken decades, but critical projects have already started to come online in South Florida.

To the Everglades Foundation, a two-week delay on the operating manual for Lake Okeechobee discharges means risk of shenanigans.

“It allows for other forces to take us away from a positive result,” said Eric Eikenberg, Everglades Foundation CEO.

The environmental leader spoke at a Wake Up Naples event hosted Wednesday by the Greater Naples Chamber of Commerce. It was supposed to be one of Eikenberg’s first chances to speak with the public after the release of a new Lake Okeechobee System Operating Manual, but any such plan has been delayed until Nov. 16.

That’s a small delay in terms of what Evergaldes supporters have faced in the past. Eikenberg noted that plans have been in the works for a reservoir south of Lake Okeechobee since 1996. He openly imagined the problems that could have been averted had such a facility been in use in 2001, a full two decades ago, avoiding a 2013 “lost summer” when blue-green algae shut down the water-based economy of Martin County and much of Southeast Florida.

Nevertheless, Eikenberg feels confident today. A plan for a reservoir is moving along with support at the state and federal level. That will help with a plan to redirect water flow from Lake Okeechobee south, allowing for the water to be retained, cleaned and released to Miami-Dade and Monroe counties instead of discharged untreated into the St. Lucie or Okeechobee rivers.

“In our view, this is the last decade to get to restoration,” Eikenberg said. “Then we pivot to perpetual protection. We know there are forces that are out there that are really going to slow you down. They’re going to ensure that there’s foot dragging on whatever progress is being made.”

He praised recent improvements like the raising of the Tamiami Trail in South Florida.

“For the first time in 100 years, Everglades National Park is receiving water in the way it was intended,” he said. “You raise the road, you allow gravity to float through and you have an abundant supply of water pushing south. You can now see the ecological and environmental benefits of just simply removing a road which was there and decapitated the flow of water.”

Eikenberg’s speech happened as members of the Florida congressional delegation convened in Washington on water issues. Eikenberg expressed confidence that on the matter of Everglades restoration, all Florida members now recognize the importance of restoring a southward water flow.

During his speech, some Naples leaders pressed him on why an updated plan seemed, at least in early draft, to eliminate any eastward discharges while leaving the algae-riddled water to flow into the Caloosahatchee until a reservoir comes online.

“The tension is unfortunate,” Eikenberg told Florida Politics. “I understand each community has their own concerns, but you also have to realize Monroe County, Miami-Dade County, Broward County, they’re also looking at this for their own benefit. And they’re the beneficiary of this. The hope here is that the east and west can come together to realize they don’t need the water, they don’t want the water.

“What I have found is politicians on the West Coast, Lee County politicians, don’t realize that the Caloosahatchee needs a certain amount of water,” he continued. “During the course of the year, so give the Caloosahatchee what it needs. Stop sending all the harmful discharge to the west and send the water south. The final point on this is this is not the last stop on this point. You’re going to build the reservoir south of the lake. You’re going to have this manual for the next 10 years. And this manual now doesn’t take into account the benefits of that reservoir to the south.”

previousLast Call for 11.4.21 — A prime-time read of what’s going down in Florida politics