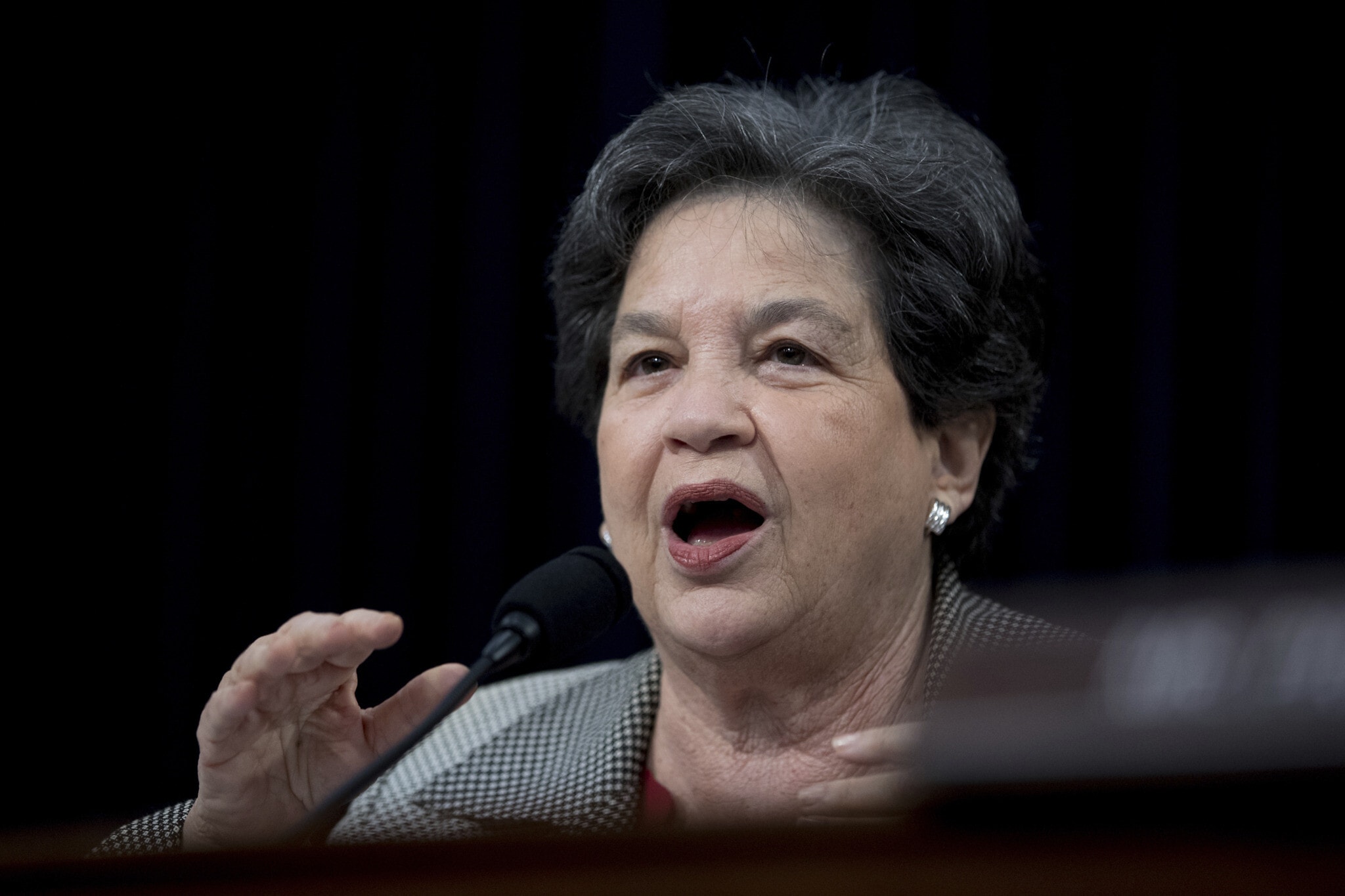 The Army Corps delayed the next step in the LOSOM process for nearly two weeks to consider feedback from stakeholders.

Col. James Booth, who recently began serving as commander of the U.S. Army Corps of Engineers Jacksonville District, said the Lake Okeechobee System Operating Manual (LOSOM) will be complete by December despite a recent holdup. But Frankel raised additional concerns Wednesday as more than a dozen delegation members questioned Booth and other panelists about water quality in the state.

“The city of West Palm Beach is very concerned that Grassy Waters (Preserve), which is the drinking water for West Palm Beach and Palm Beach County, was not properly considered in the LOSOM process,” Frankel told Booth Wednesday at the meeting inside the Rayburn Office Building.

That echoes concerns from other regions in the state as the Army Corps works on the new framework, which will govern, in part, where and how often water is distributed from Lake Okeechobee. Several Glades-area mayors have called the new proposal “completely unacceptable,” arguing it fails to send enough water to their regions. And Republican Rep. Greg Steube argued the plan “falls short.”

Steube was slated to attend Wednesday’s meeting, but an undisclosed medical episode kept him away from the Capitol.

“The Congressman was unable to attend today’s meeting due to a medical emergency,” said Alex Enlow, a deputy communications director in Steube’s office.

“However, in July, he led a letter to Colonel Kelly and the U.S. Army Corps of Engineers following their selection of Preliminary Preferred Plan CC for the Lake Okeechobee System Operating Manual (LOSOM) update. Plan CC includes a proposal to lower Lake levels, which would have significant detrimental effects for millions of Floridians, especially those in Lakeside and agriculture communities. The Congressman looks forward to working with colleagues to find a solution that benefits all stakeholders.”

Some environmental groups and Republican Rep. Brian Mast have expressed support for the Army Corps’ new outline, which the Corps unveiled earlier this year. But the Corps has said it remains open to feedback until the final LOSOM proposal is released. Booth said the Corps released data on its proposed regulation plan on Oct. 13, then invited comments from stakeholders on Oct. 26.

The goal was to move forward on Nov. 3, factoring in public sentiment. But that never happened. “It became clear when we had the discussions on the 26th, that many stakeholders had much more feedback on the models that we thought met our standards for where we wanted to go with LOSOM,” Booth explained Wednesday.

That was welcome news for Frankel, the former West Palm Beach Mayor who represents portions of Palm Beach County, including Delray Beach, Boynton Beach, Lake Worth Beach, and West Palm Beach. But she argued Wednesday, additional time was needed.

“We’re happy about the delay. But we don’t understand why it was only a two-week delay and not enough time to take into the concerns of many of the other stakeholders who feel that they have not had enough time to review the modeling information.”

Frankel added there was “both a quality and quantity issue in terms of what’s coming out of Lake Okeechobee” and into her district. And that can have life-and-death consequences, according to Frankel.

“I was Mayor of the city during a drought. We came within days of having no water whatsoever. And the city relies on water from Lake Okeechobee — that is, quality water for Lake Okeechobee — in order for us to actually live,” she said.

“So I don’t understand why the LOSOM process does not take into account what would happen to Grassy Waters.”

Palm Beach officials have complained about the impact on Grassy Waters for months, arguing the Corps’ proposals would not allot a sufficient amount of water to the preserve. The back-and-forth is part of a perpetual debate where different regions battle over where Lake O’s water supply will be sent and how much those regions will receive.

Booth conceded the Corps’ original timeline to consider and adapt to feedback was too constrained.

“Our schedule was a little unreasonable,” Booth said Wednesday. “It was informed without understanding how much feedback we would get from a broad spectrum of stakeholders from across Florida. And when we got that feedback from almost the entire spectrum of stakeholders, we knew that we needed to take a little more time to look at the feedback they gave us before we made a final decision.”

Booth promised to look into the Grassy Waters issue as the Army Corps moves toward a target Nov. 16 date for the next step in the process.

“It’s when we select a model that we’re going to use to build the plan around,” Booth explained. “And then what we do is we take the language of the manual that we’ve been working on and complete that language built around that model.”

That final step is still on track to be completed by December, Booth said.

“I’m confident in our timeline.”