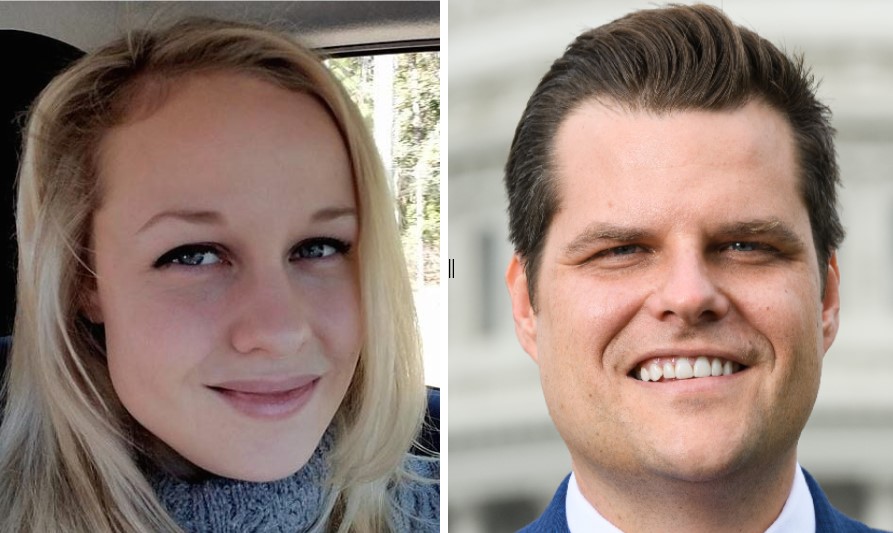 Has a sex scandal hurt U.S. Rep. Matt Gaetz enough that he could lose to Democrat Rebekah Jones? A Panhandle-based polling firm sees signs of vulnerability for the firebrand Republican, even in his deep red district.

New survey results from The Listener Group show Gaetz’s popularity slipping to its lowest point in two years. Just under 50% of likely voters in Florida’s 1st Congressional District still view Gaetz favorably, marking the first time he has dropped below 50% on the Pensacola polling outfit’s trendlines in the past two years.

His public standing appears to have taken a significant hit as a sex scandal persists in headlines. Joel Greenberg, a once close associate of Gaetz, is cooperating with federal investigators in Central Florida after pleading guilty to sex trafficking a minor. Reports indicate more prosecutors have joined the case as it explores other potential targets, most prominently Gaetz.

But pollsters say the big headline from their survey is that voters may strongly be considering a Democratic alternative. Jones, a former Florida Department of Health employee who gained national prominence after claiming she was fired from Gov. Ron DeSantis‘ administration for refusing to manipulate data, filed as a Democratic candidate in CD 1.

Pollsters found if the election were held today, about 34% of voters would vote for Jones, and fewer than 42% would vote for Gaetz. That puts the Democrat within 8 percentage points of unseating the three-term incumbent, with more than 24% of voters still undecided.

The poll included responses from 532 likely voters in the district reached between Oct. 8 and 28.

“When taking an overall look at this study, you will see that Gaetz is vulnerable in a seat where he was once thought of as unbeatable,” pollsters wrote in a press release.

An eight-point spread may still be a lot of ground to secure, especially for a Democrat and first-time candidate running in Pensacola. But pollsters say she actually holds a lead in two of the three counties within the district.

It’s a rule of thumb in politics that incumbents seeking reelection want to poll above 50%. For Gaetz, these latest numbers indicate remarkable vulnerability.

It should be noted the polling outfit this year has put out some of the most Democrat-friendly statewide polls of the 2022 election cycle. But The Listener Group in 2020 focused its polling efforts in the Panhandle, where Gaetz’s district sits. There, it accurately predicted the outcome of most races it surveyed.

Gaetz also faces other opposition. Phil Ehr, the Democratic nominee against Gaetz in 2020, hasn’t been fundraising as aggressively as Jones this cycle but still has a Federal Elections Commission account open and leads her in cash on hand.

Republicans Ralph Mills and Jeremy Kelly also have federal accounts, and Greg Merk has filed for the race with the state Division of Elections.