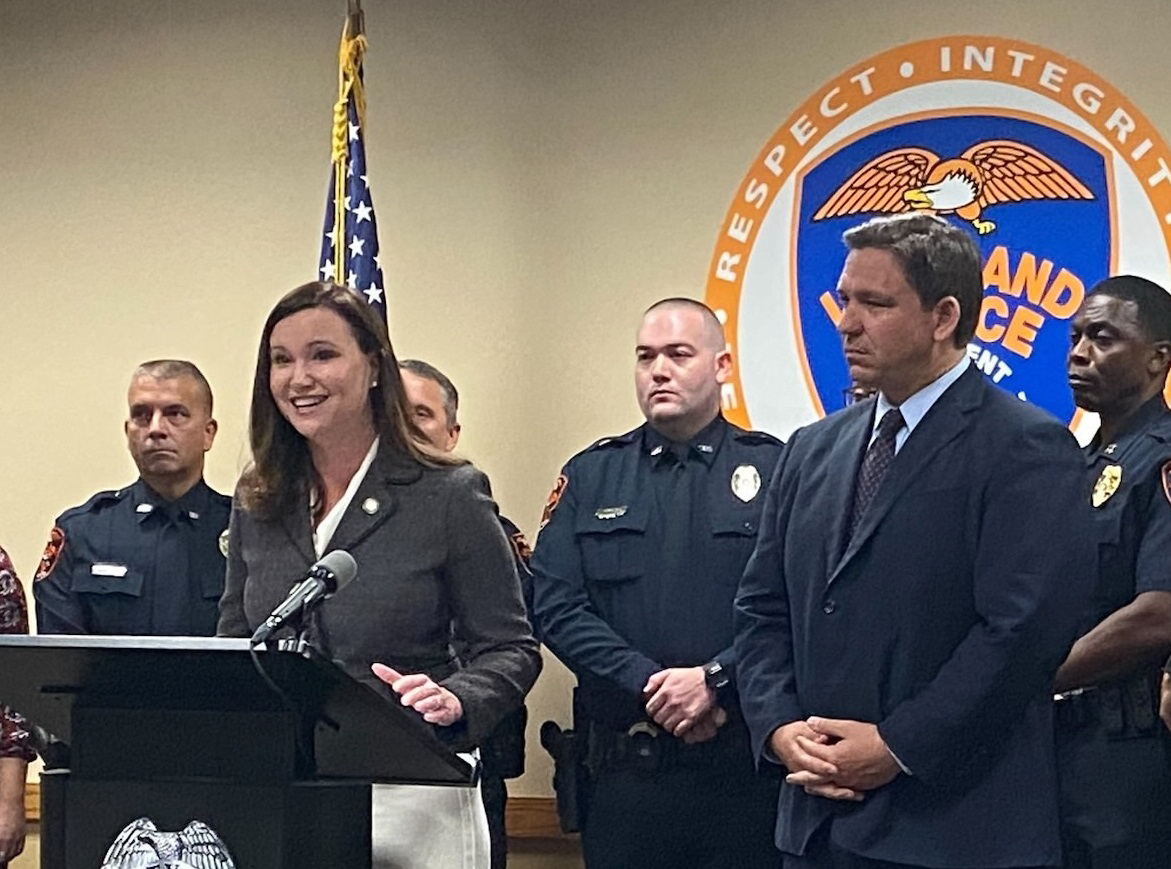 Florida’s Attorney General would not say Tuesday whether an undocumented immigrant charged with a murder in Jacksonville arrived in Florida on a federal flight, breaking with messaging from the Governor’s Office.

Gov. Ron DeSantis has said murder suspect Yery Noel Medina Ulloa came to America on a “midnight flight” authorized by the Joe Biden administration. However, Attorney General Ashley Moody would not confirm or deny that position while appearing in a nationally televised interview.

“This is part of our suit where we are demanding that the federal government share this information with us,” Moody said, an answer that would suggest the state ultimately did not know how the accused murderer came to the state.

In a follow up answer, Moody again tried to deflect.

“I will tell you that we are delving deep into this and this will be part of what we do in pushing the court to grant us relief and force the federal government to follow federal law,” Moody asserted.

The Attorney General’s position diverges from DeSantis, who is quite confident that Medina Ulloa was indeed dropped in Duval County by “contractors” employed by the federal government.

“And that individual who was murdered was, in fact, murdered by an illegal alien who was on one of Biden’s flights, these midnight flights. Unannounced. No notice. No support for the state. No ability for us to be able to veto it ahead of time,” DeSantis said on Tucker Carlson Tonight on Monday.

Ulloa was arrested Oct. 13 in connection to the death of 46-year-old Francisco Javier Cuellar. The New York Post reported Ulloa claimed he was an unaccompanied minor when he crossed the Texas border months earlier.

In the wake of the slaying, DeSantis has aggressively criticized the Biden administration’s immigration policies.

He previously has used the killing to illustrate Florida paying costs for southern border porosity.

“What the Biden administration is doing … they’re flying in people who came illegally, dumping a lot in Jacksonville in the middle of the night. And there was an individual who had posed as a 17-year-old, actually was in the mid-twenties, brought here, had been here, ended up committing a murder,” DeSantis said.

Jacksonville Mayor Lenny Curry spotlighted the practice of flying in undocumented immigrants on Monday, though he did not reiterate DeSantis’ statement that Ulloa was on one of those flights.

Planes dropping off those that have crossed our borders illegally in the dead of night violates the rule of law. I have been working with @GovRonDeSantis to stop this recklessness. Spoke with Gov on this again today.

nextHillsborough County GOP in open revolt against itself