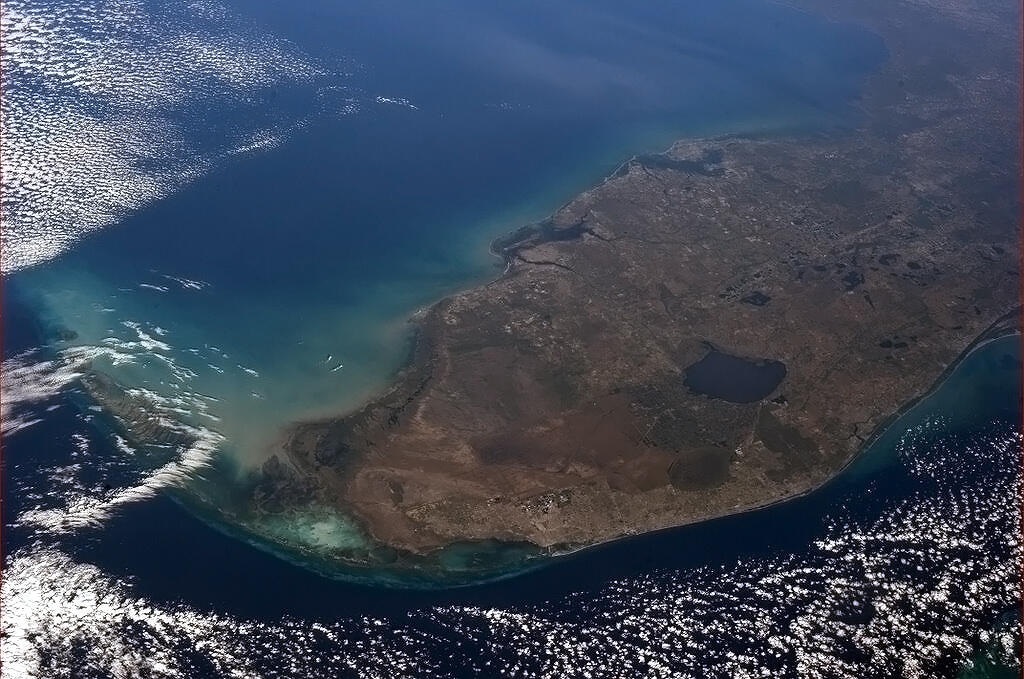 'It’s going to be a vast improvement over how we’re operating today.'

Col. James Booth of the U.S. Army Corps of Engineers said he expects the new Lake Okeechobee regulation plan to be an improvement, despite fielding several complaints over the plan in previous weeks and months.

Booth spoke Wednesday in front of the South Florida Water Management District (SFWMD) Governing Board, with less than a week to go until the Corps unveils its underlying model to be used in the new Lake Okeechobee System Operating Manual (LOSOM).

That new plan would replace the Lake Okeechobee Regulation Schedule (LORS) established in 2008.

“I do believe, and can honestly say, that LOSOM is going to be better than LORS,” Booth told the Governing Board Wednesday. “It’s going to be a vast improvement over how we’re operating today.”

Still, Booth used much of his presentation time laying out concerns he has heard from stakeholders after the Corps unveiled eight potential models on Oct. 26.

Individuals in some regions, such as the St. Lucie Estuary, worried about too much water moving into the area from Lake Okeechobee.

“The feedback was, ‘Hey, just look at how much flow is coming off the lake.’ That’s the main concern area,” Booth explained.

Other regions, such as South Florida, pushed for additional flows.

“We also received questions about sending more water south and what’s creating the limitations for sending flows south,” Booth said. Moving water south has been a main rallying point for Gov. Ron DeSantis during his tenure.

Booth also acknowledged specific concerns from Palm Beach County just one week after U.S. Rep. Lois Frankel asked the Corps to further delay the new LOSOM plan because of concerns the county’s water supply was not properly being considered.

Booth also said constituents said the Corps needs to do a better job minimizing large discharges, which can damage the Caloosahatchee. Others worried about the projected height of Lake Okeechobee, specifically that keeping the lake over 17 feet could impact marshes, fisheries and other ecology, which can affect recreation and tourism.

The Herbert Hoover Dike is currently undergoing an upgrade, however, which would allow the lake to safely be kept at higher water levels. That’s likely to be the case once the new LOSOM plan is finalized.

Eva Vélez, who leads the Army Corps’ Ecosystem Branch, explained that next Tuesday’s release of the final model is not the end of the process, however.

“What we will release next Tuesday is the model run,” Vélez said Wednesday. “We are identifying a model run that is the bones of our philosophy of our schedule. But it is not everything because models are estimates of what all of us can do in the real world.”

In December, Vélez said the Corps plans to further nail down language governing the LOSOM schedule.

The release of the model on Tuesday comes about two weeks after the original deadline. In a visit to Washington last week, Booth told the Florida congressional delegation that delay was because of the high level of feedback the Corps heard after its Oct. 26 presentation

“Our schedule was a little unreasonable,” Booth said. “It was informed without understanding how much feedback we would get from a broad spectrum of stakeholders from across Florida. And when we got that feedback from almost the entire spectrum of stakeholders, we knew that we needed to take a little more time to look at the feedback they gave us before we made a final decision.”

Booth maintained optimism the new plan would be an overall improvement from LORS. But while stressing he did not want to “underestimate or undersell” how important LOSOM will be in the short term, he argued more must be done to maximize the health of Florida’s water systems.

“I’ve said it before and I will say it again, we’re not there completely — and LOSOM will not get us there where we want to be — to operate the systems for the long term,” Booth argued. “We have got to continue to develop the capability to convey, store and treat water moving throughout the Central and Southern Florida system. And we’re not going to be able to get everything we want until we get all the rest of the infrastructure in the CERP program delivered.”

That CERP program, or the Comprehensive Everglades Restoration Plan, is a broad restoration plan containing several construction projects throughout the state such as reservoirs and stormwater treatment areas (STA). Those projects can help manage discharges from Lake Okeechobee and also provide water storage for nearby communities looking to tap into that supply.

“We are aggressively implementing CERP because it’s going to make a difference,” Bartlett said.

Bartlett told the board that progress on portions of the Everglades Agricultural Area (EAA) Reservoir were moving along as planned.

Other projects, however, were still facing hurdles. Bartlett said the EAA’s inflow-outflow canal is being held up over a bid protest after the project’s contract was awarded to the Tennessee-based company Phillips & Jordan Inc. That protest is set to be resolved by early February, according to Bartlett.

The northern portion of the Central Everglades Project is also facing an obstacle.

“We’re ready to start construction in April,” Bartlett said of that project, but noted the SFWMD is waiting for a final project partnership agreement to be signed.

DeSantis has also looked to push those construction projects forward during his time in office. Board Member Ben Butler echoed the importance of CERP, citing concerns with keeping the lake level too high and possibly impacting the nearby ecology.

“We’ve got to complete CERP. We’ve got to get more storage into the system,” Butler said.

Other members of the SFWMD Governing Board highlighted their own priorities for the LOSOM plan during Wednesday’s meeting.

“My hope is that this schedule, more than anything, benefits our estuaries,” said Board Member Jacqui Thurlow-Lippisch. She cited harmful 2016 algal blooms in the St. Lucie estuary and 2018 blooms which hit Lee County.

“Sometimes it’s like a sunburn. You forget it when it goes away.”