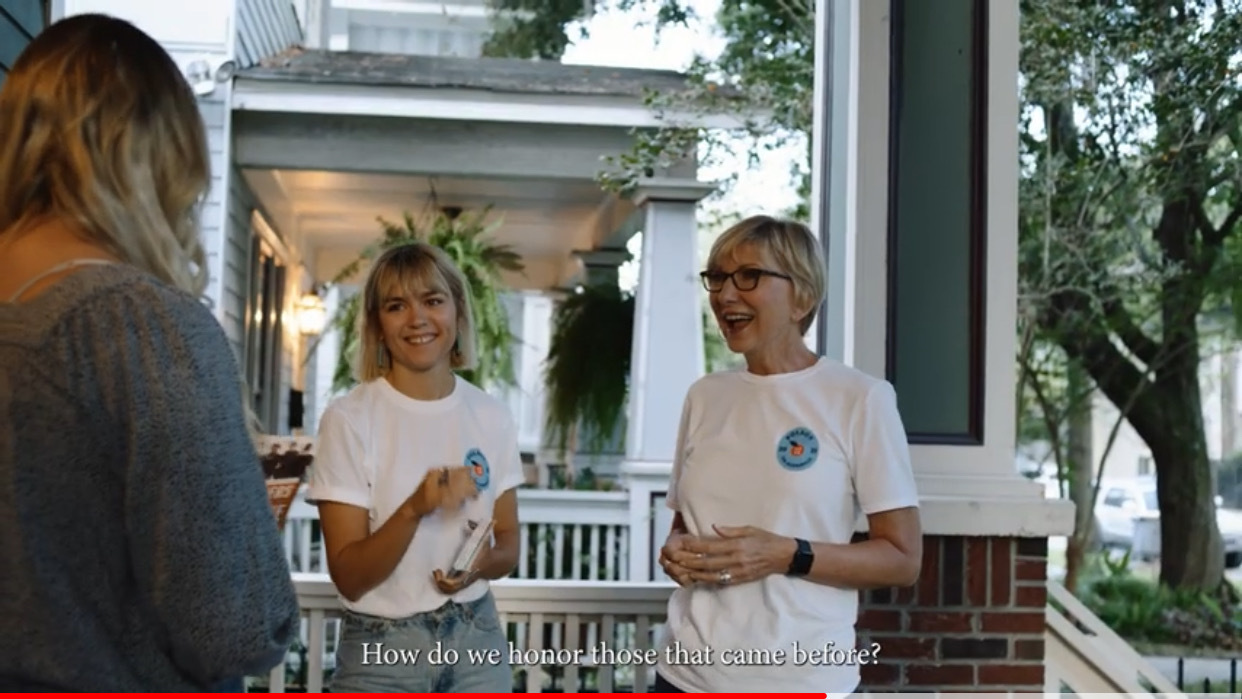 Polson is running in a Special Election for Jacksonville City Council.

The ad wars are beginning in the race to fill the seat formerly held by Tommy Hazouri on the Jacksonville City Council ahead of the Dec. 7 Special Election.

Democrat Tracye Polson released a 90-second video Monday. “A Trusted Voice for Jacksonville” shows people from across the city engaged in activities from cooking and taking recycling bins to the curb, to putting on shoes and opening retail establishments, with aspirational narration and music accompanying the imagery.

“And inside of this, there’s an energy. Jacksonville’s pulse. Can you feel it?” the ad says.

The narrative shifts from there to Polson’s own personal story as a “mental health professional,” as a “mom” and as a “neighbor,” with the candidate saying she can “feel the pulse.”

“I’m all in. I’m a trusted voice for this city,” Polson says in the spot.

Launching the video, Polson offered a statement with similar affirmations.

“This race isn’t about me, it’s about us. Jacksonville is ready for change, and we need a leader who has their finger on Jacksonville’s pulse. I’m that leader. I’m ready to listen to Jacksonville’s families, working people, and neighborhoods and do the work needed to move our city forward,” she said.

Thus far, Polson is the leading fundraiser in the race to fill the unexpired Hazouri term. She has raised $146,290 through the first reporting period ending October 31, 2021.

Republican Nick Howland looks to be a strong second in the first fundraising reports of the race, raising $85,531 between his campaign and his affiliated Florida Freedom PAC political committee.

Polson and Howland have gotten the bulk of endorsements in the race.

Just as establishment Democrats back Polson, business interests and mainstream Republicans have flocked to Howland.

The Northeast Florida Association of REALTORS and the Northeast Florida Builders Association endorsed Howland, who is the executive director of the Fire Watch veteran suicide prevention nonprofit. Law enforcement also backs him, including Jacksonville’s chapter of the Fraternal Order of Police, Sheriff Mike Williams and former Sheriff and current U.S. Rep. John Rutherford. A half dozen Republicans currently on the City Council have also endorsed Howland.

Two other candidates qualified for the Dec. 7 election, and both are struggling in terms of fundraising and endorsements.

Republican “Howdy” Russell raised less than $12,000 through Oct. 31 and had less than $2,000 cash on hand at the same time. He is a social conservative and has been endorsed by former Jacksonville City Council members Don Redman and Matt Schellenberg.

If no candidate wins a majority during the first balloting on Dec. 7, the top two finishers move on to a General Election Feb. 22, regardless of party. Two Republicans could emerge from the First Election, or two Democrats, or one candidate from each party.

The election will only fill Hazouri’s unexpired term, which runs through June 2023. The eventual winner will turn very quickly to a reelection campaign in all likelihood.