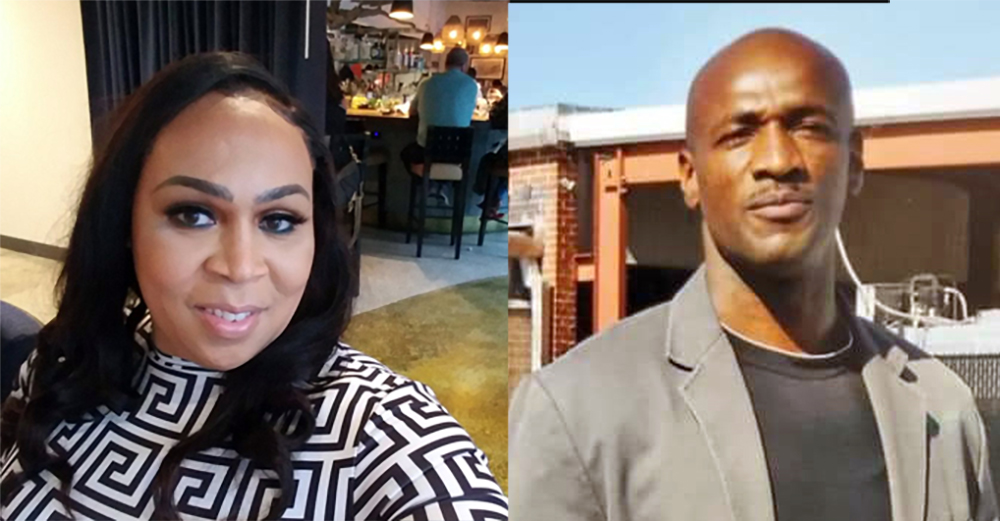 'There were a whole bunch of things that the institution would do to try and separate us.'

Chrissy Shorter wants to get married. On Monday, she believes she finally will. But she won’t be able to kiss her fiance as he becomes her husband, and she won’t see him in a suit and tie. Shorter will only be able to hear his voice, along with the occasional automated message: “THIS CALL IS FROM A FEDERAL PRISON.”

Shorter, 43, has tried to wed Noel Arnold, 45, for seven months now. Arnold is incarcerated at Coleman Federal Correctional Institution, a low-security prison in Sumterville about 50 miles west of Orlando. Shorter is a former federal inmate herself. She said her criminal record, reputation within the prison system and identity as a transgender woman had led the prison warden, Kathy Lang, to deny her marriage request and revoke her visitation privileges. As a last-ditch effort to marry, Shorter and Arnold will hold their wedding ceremony over the phone.

In April, Shorter mailed her formal request to marry Arnold from her hometown of Quincy. Nearly one month after submitting her request, on May 18, she said she received a phone call from the institution’s unit manager, R. Jimenez. He told her Lang had denied her marriage request.

Arnold confirmed he was also verbally informed of the denied request in an interview from prison. What he doesn’t yet know is why it was denied, or what he and Shorter should have done differently.

“The unit manager, Jimenez, told me that he is not trying to stop us from getting married; it’s on the warden,” Arnold said. “He also said that the warden is about to retire, and maybe the next warden that comes in will be more lenient toward us getting married.”

The Bureau of Prisons declined to discuss the situation through its press office in Washington. Neither Lang nor Jimenez responded to a reporter’s phone calls and emails to the prison.

Last month, acting as her own attorney, Shorter sued in federal court and asked a judge to compel the warden to approve her marriage. The case is moving slowly. Shorter wrote in court papers that she would suffer “irreparable harm” if she were not allowed to marry before Nov. 28 — when her state marriage application expires — and said the warden’s denial violated her constitutional rights.

Under federal prison rules, a warden can deny an inmate’s request for a wedding but is required to tell the inmate why and explain that the decision can be appealed administratively. To marry, an inmate must be legally eligible and mentally competent. The prospective spouse must submit in writing an intention to marry the inmate. The standard for approval requires that the marriage “poses no threat to institution security or good order, or to the protection of the public.”

Rules also prohibit any federal money from being used to pay for the wedding and say the ceremony must be paid for by the inmate, spouse, inmate’s family or another approved source.

“If the fiance has any kind of pending criminal charges, detainers or outstanding warrants, that would be a reason to deny,” said Cameron Lindsay, a former three-time federal warden. “But the warden cannot simply arbitrarily deny a marriage request. There has to be an articulable reason to deny it.”

Arnold said he had not received any written explanation for rejecting the marriage request he and Shorter submitted. The federal rules specify that requests are supposed to be submitted by the inmate to his prison unit team.

“I’ve just been continuing to email the case managers, counselors, the warden, trying to resubmit things and refresh their memory,” Arnold said.

Shorter has her own speculations of what the rationale behind the warden’s lack of approval could be.

Shorter and Arnold entered the prison system in 2011. She had owned and operated a fraudulent tax services firm in Quincy. He had helped rob a bank at gunpoint in Chauncey, Georgia.

Shorter served time at the federal prison in Fort Dix, New Jersey, beginning in June 2015. Back then, Chrissy Shorter was legally known as Christopher Shorter. She had begun hormone replacement therapy to transition from male to female, but she was sent to men’s prison in accordance with the gender listed on her birth certificate.

The Bureau of Justice Statistics reported in December 2014 that roughly one-in-three adult, transgender prison inmates experienced nonconsensual sexual acts. Shorter said she warned the prison staff that she risked becoming a target for sexual assault. She requested to transfer institutions but was only sent to the federal prison in Miami weeks after another inmate had raped and cut her seven times in her cell.

Following her attack, Shorter regularly filed complaints against prison staff she believed needed to be held accountable. She represented herself in a case heard by the 3rd U.S. Circuit Court of Appeals. The case was originally dismissed but a three-judge panel on the appeals court in September sent it back to the trial judge to reconsider.

Shorter said being both transgender and outspoken while incarcerated gave her a reputation — one that followed her from New Jersey to Miami, where she met Arnold in January 2016. Shorter said she knew Arnold and had a crush on him when he was a popular high school athlete two towns away. They lost touch after high school and reunited when they were in prison together.

“There were a whole bunch of things that the institution would do to try and separate us,” she said.

She finished her eight-year sentence and was released on Feb. 14, 2019, one week after Arnold transferred from the federal prison in Miami to Coleman. Shorter is now the face of her mother’s credit repair business, Credit Master of Quincy Florida LLC, where she works as a financial consultant.

Despite Shorter gaining her freedom and Arnold changing prisons, Shorter said they have an equally difficult time seeing each other.

An inmate marriage ceremony would usually entail a brief in-person visit. The Bureau of Prisons’ policies on visiting regulations state that the “existence of a criminal conviction alone does not preclude visits.” Lindsay, the former warden, said he believes it is possible that Shorter’s record could be an additional obstacle to her being allowed to visit Arnold and, consequently, to marry him face-to-face.

“If the person on the outside is a former federal inmate, it has been my experience in 32 years of working in corrections that it is more likely than not that the government is going to deny the visit, and tie the denial to the security of the facility,” he said.

Shorter believes her record may be part of the reason she is barred from visitation. She said that, despite attaching 12 pages detailing her arrests and convictions to her visitation request in May, she was told by Jimenez, the unit manager at Coleman, that she had failed to disclose she was a federal inmate.

Shorter decided to marry Arnold over the phone out of necessity. His release date is set for September 2027, and neither Shorter nor Arnold want to wait that long to wed. Luckily for the couple, Shorter’s godsister Teresa Williams is registered as a notary.

Williams said she intends to listen in on the phone call of the ceremony and notarize the state marriage license Shorter must submit before Nov. 28. Since Williams can recognize both Shorter’s and Arnold’s voices, she said she can confirm the identity of each party over the phone and therefore legally notarize the documents.

Though Shorter is disappointed that Arnold won’t be able to see her in person for their wedding, she’s looking forward to the moment he can finally lay eyes on her again. They have only been able to exchange photos, and a lot about Shorter’s appearance continues to change. She is feminizing her figure as she furthers her transition, inching closer toward fully affirming the woman she said she has always been. Now, she just hopes to become a wife. 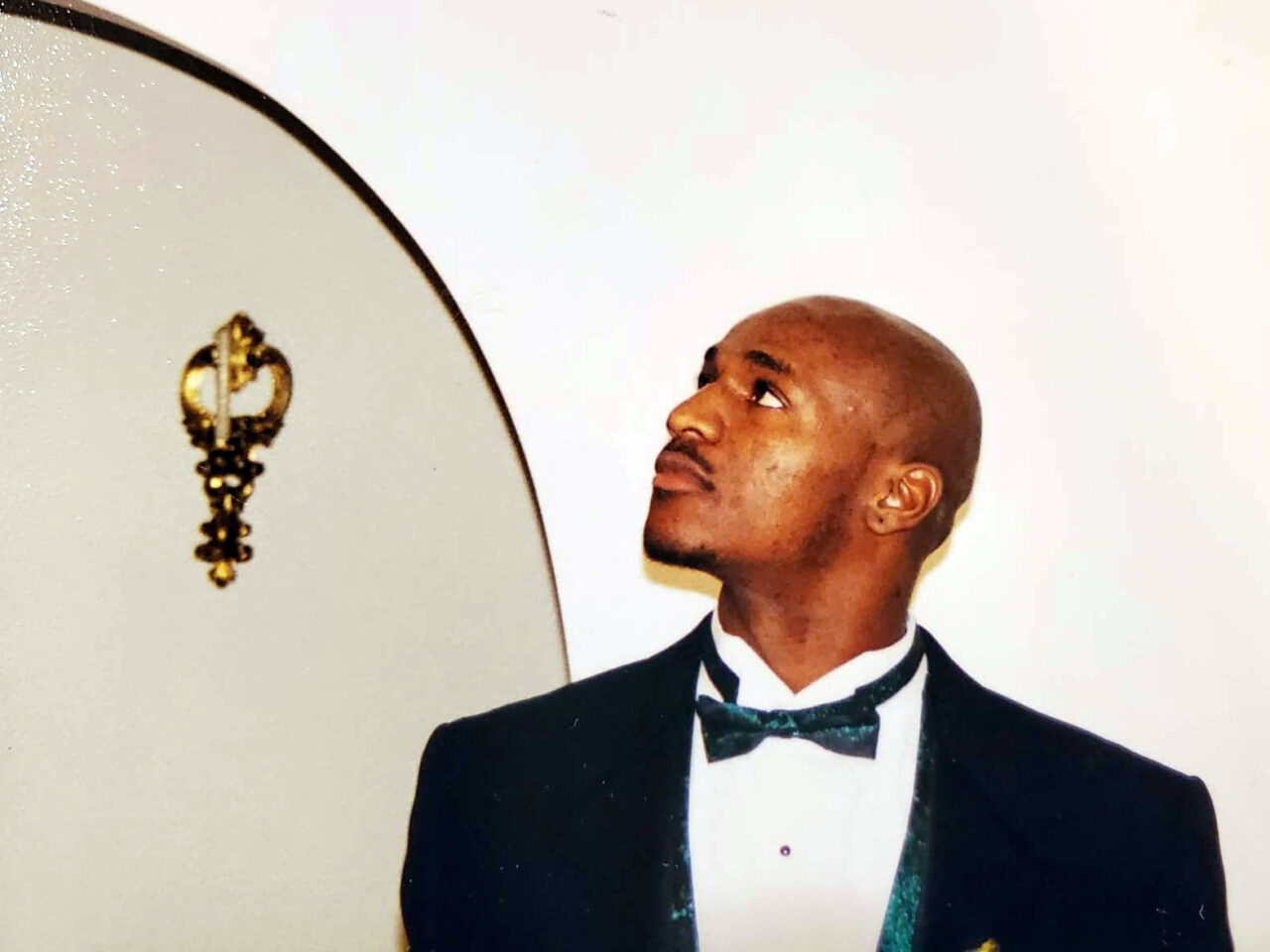 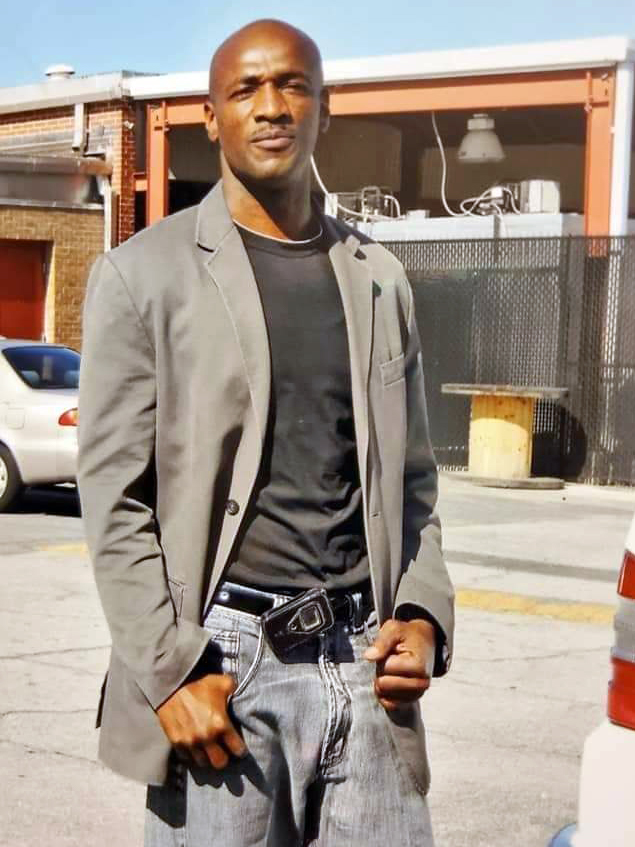 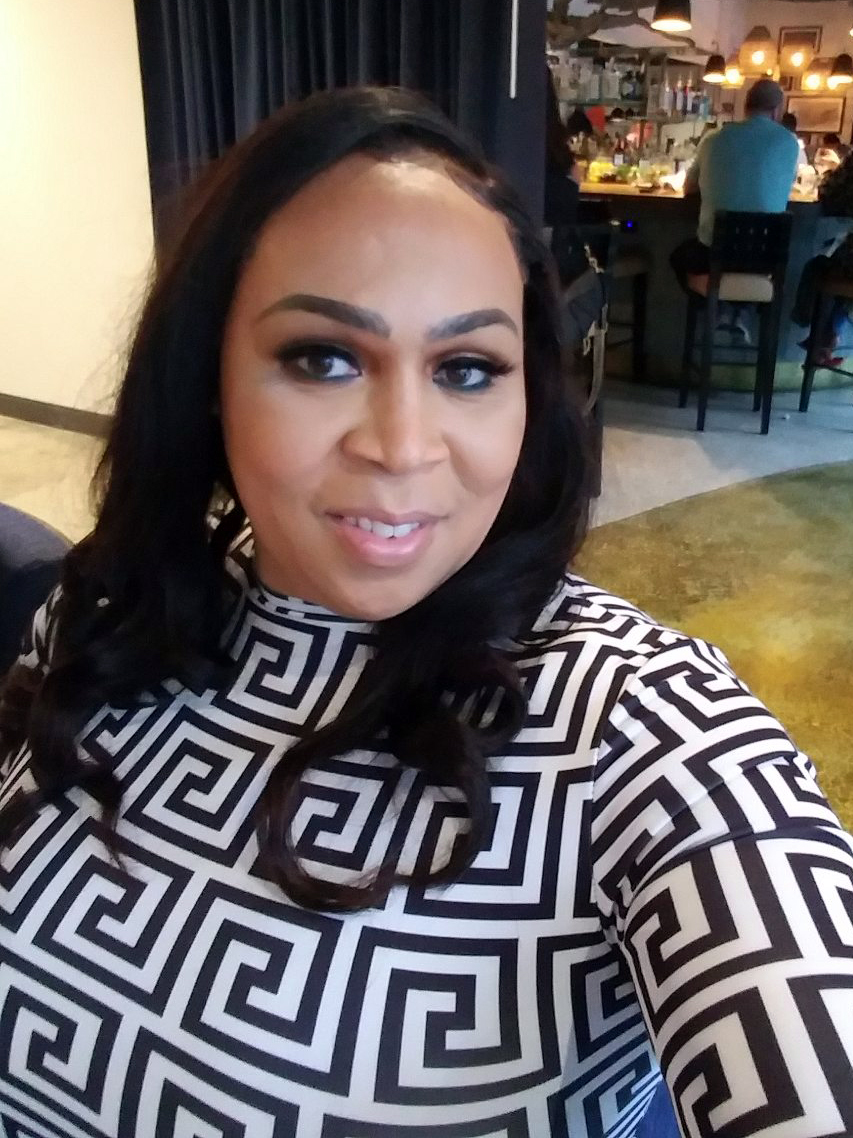 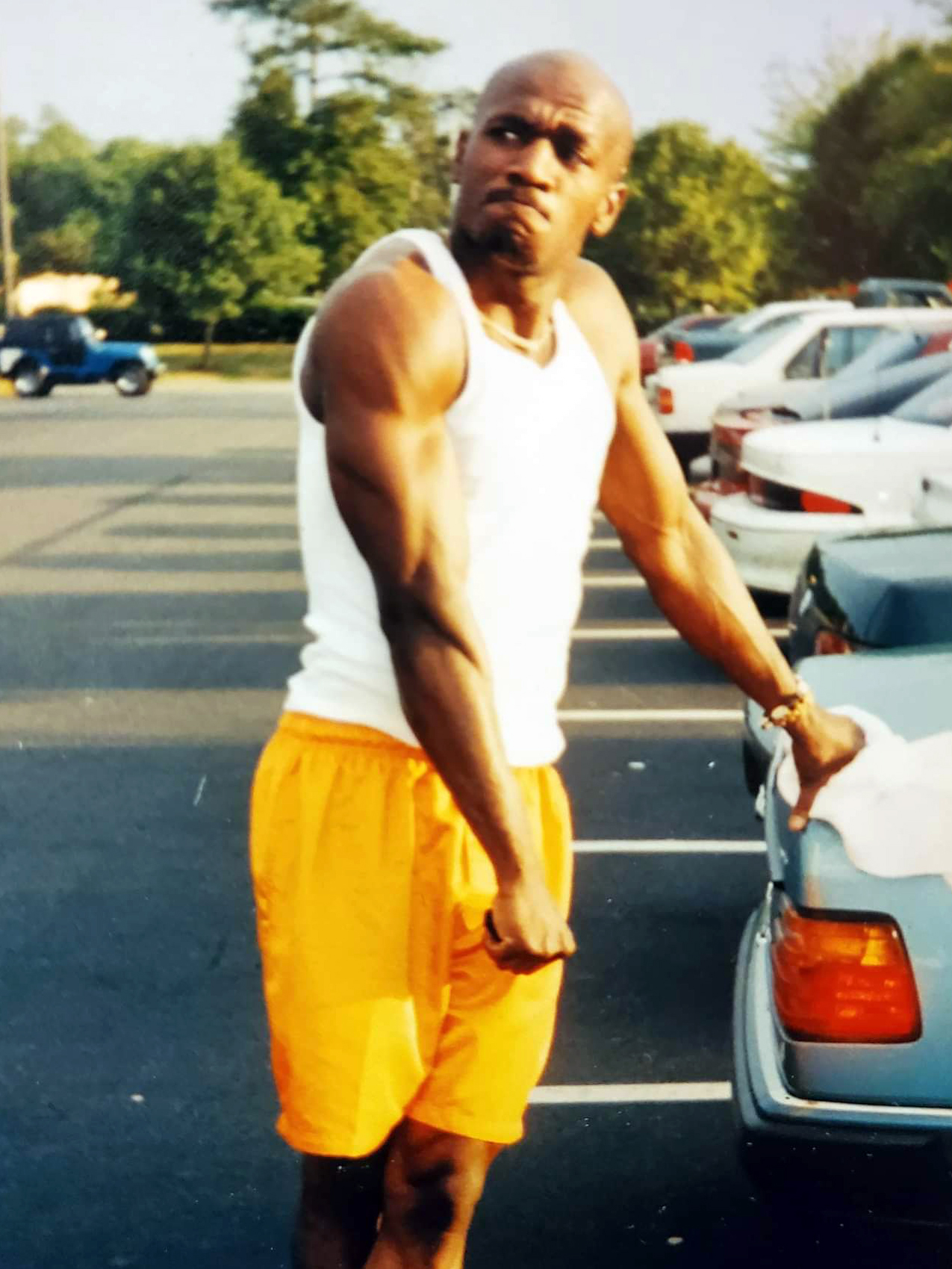 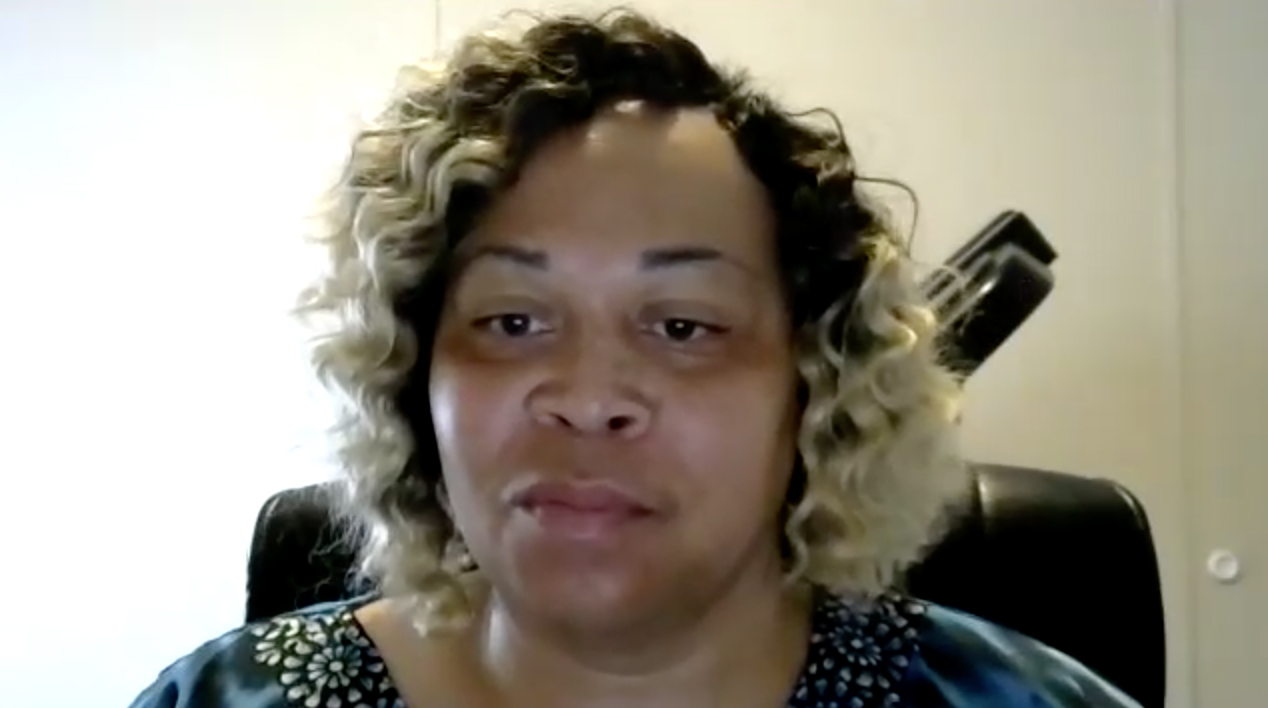 Natalia Galicza reporting; produced by Fresh Take Florida, a news service of the University of Florida College of Journalism and Communications. The reporter can be reached at [email protected].