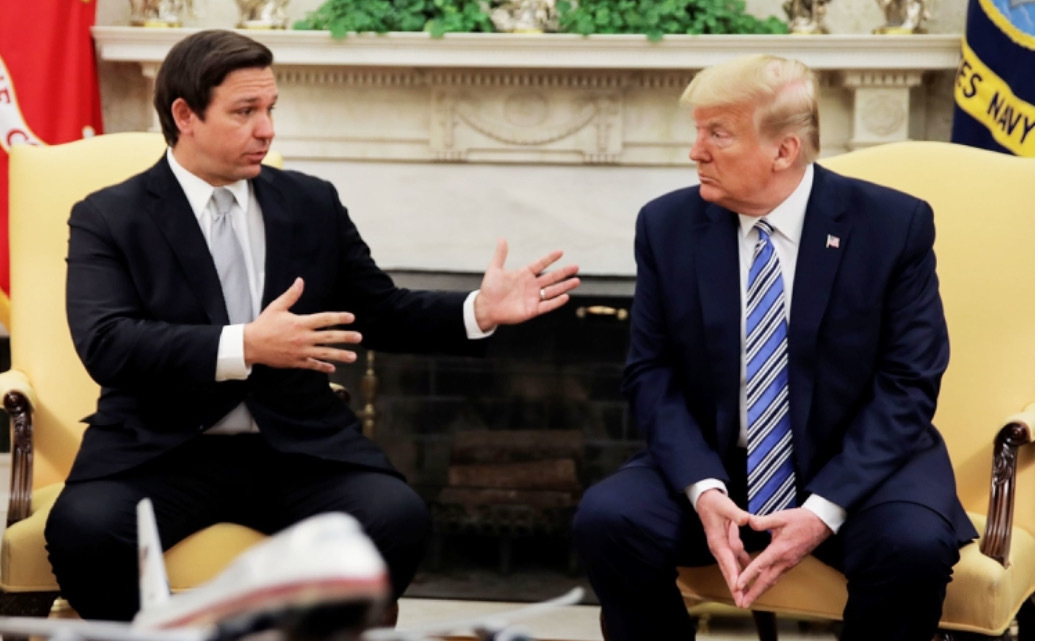 Weaknesses emerged with voters in the Midwest, as well as single women.

Yet another poll of a hypothetical 2024 Republican Presidential Primary field shows Gov. Ron DeSantis ahead if Donald Trump doesn’t run.

A survey from Echelon Insights of 435 registered Republican voters conducted Nov. 12-18 showed DeSantis was the preference of 26% of those surveyed, which gives him a strong lead.

Former Vice President Mike Pence was the second most popular, with 15% support. U.S. Sen. Ted Cruz of Texas was the choice of 10% of those polled, good for third place. The former President’s namesake son, Donald Trump Jr., with 9% support, was close behind Cruz in fourth.

Florida’s U.S. Senators were both afterthoughts, meanwhile. Both Marco Rubio and Rick Scott were supported by just 1% of those canvassed.

The survey reveals DeSantis leads the non-Trump field across a number of demographics.

Among men and women, regardless of education levels, DeSantis leads the field. And this poll suggests the more educated a Republican is, the more likely they back DeSantis. The Governor has 34% support in this survey among those with advanced academic credentials.

He dominated with all groups but one: Single women.

DeSantis had just 7% support among that cohort, two points behind Pence. Just 38 single women were polled, however.

That was a rare disappointment for DeSantis in this poll.

In what the pollster categorizes as swing states, DeSantis is favored by 30% of those polled, with Pence at 13%, his closest competition.

The Governor is the top-ranked candidate in three of four geographic regions also. He leads in the Northeast, South, and West, but struggles comparatively in the Midwest, where Cruz’s 16% narrowly bested DeSantis’ 15%.

The Echelon Insights survey did not poll DeSantis against Trump, which represents a difference between most national surveys of 2024 sentiment. In the vast majority of those polls, Republican voters have preferred the former President.

Of the Republicans surveyed here, 62% want Trump to run again, so there is no indication of enthusiasm for DeSantis in a field where the former President is an option.