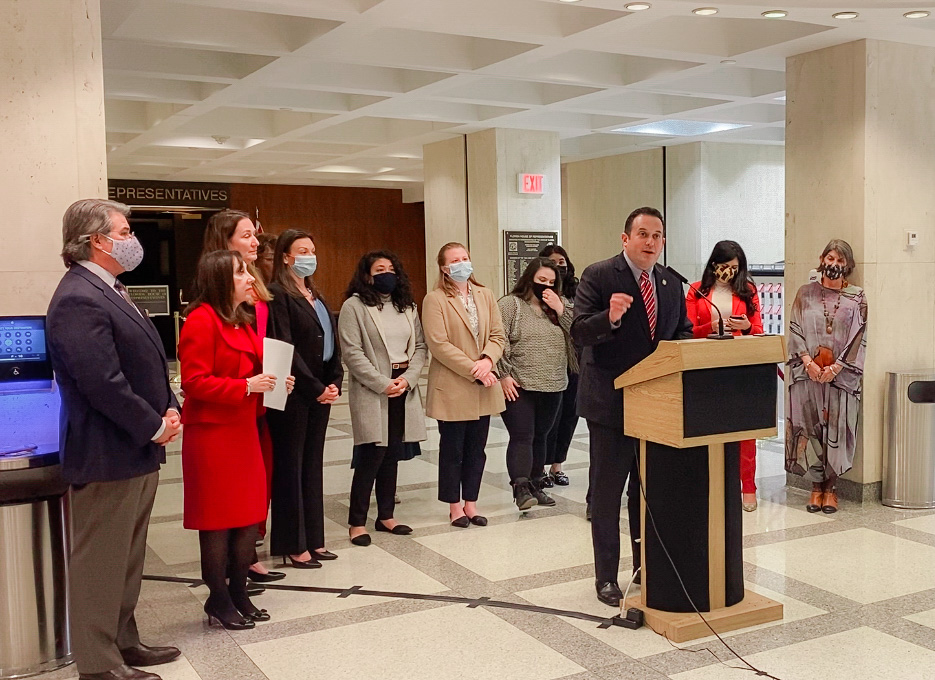 Florida is among a slew of Republican-led states considering controversial abortion legislation.

Democratic lawmakers in Tallahassee, meanwhile, are vowing to take a stand.

“We need to unite and fight,” said Agriculture Commissioner Nikki Fried, Florida’s only statewide elected Democrat and a gubernatorial contender.

Dubbed the Reproductive Health Care Protections Act, the proposals bar an individual or government from restricting a woman’s access to abortion. The identical measures also feature a mechanism allowing legal action against those who stand in the way.

Florida is among a slew of Republican-led states considering controversial abortion legislation. The proposal mirrors a new Texas law that prohibits the procedure after the fetus’ heart beat is detected. The Texas law is among the most restrictive in the nation.

“We cannot sit idly by while Floridian’s privacy rights and access to reproductive health care are put at risk by extreme legislation,” Diamond said.

Fellow Democrats and activists joined the bill sponsors Wednesday at a press conference in the state Capitol. Collectively, they urged Floridians to demonstrate against abortion restrictions and chastised the Republican-led effort.

Abortion “is a personal, private decision that has become way too politicized,” Eskamani said, alleging GOP members use the issue to fundraise and rally their base.

Roe v. Wade and Planned Parenthood v. Casey provide that a woman has the right to an abortion until roughly the 24th week of pregnancy without “undue burden.” That’s the point of fetal viability.

If overturned, the average American may need to travel roughly 125 miles to reach an abortion provider, Axios reports. Florida is one of several states considered likely to impose extreme restrictions on abortion access should Roe v Wade be overturned or hampered. Under some hypothetical maps, Floridians seeking abortion access would likely have to travel to North Carolina, the closest state where abortion rights are codified in state law.

nextKen Welch rolls out transition team ahead of January inauguration