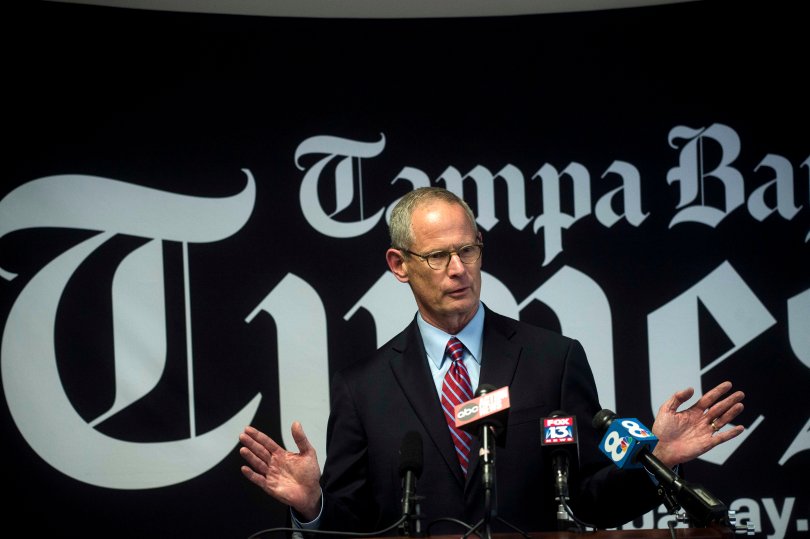 The paper couldn't pay benefits and was 'financially unable to keep up the plan.'

The federal government has taken control of the Tampa Bay Times’ pension plan after finding its parent, Times Publishing Company, was unable to pay benefits. The Pension Benefit Guaranty Corporation announced in a letter to beneficiaries it began taking over the plan Nov. 30.

“PBGC took action because the plan met the criteria for termination under federal pension law,” a PBGC spokesperson told Florida Politics. “In general, this means that the plan didn’t have enough money to pay all the promised benefits to its participants and was financially unable to keep up the plan.”

According to the letter, retirees will be paid without interruption and “the plan will terminate as of November 30, 2021. As of that date, you will not earn any further benefits from the plan.” PBGC said it will continue to pay the earned pension plan benefits, up to the limits set by law.

“Our goal has always been to fulfill our obligations to our pension,” Times President Conan Gallaty said. “But the publishing business has changed, and supporting the pension on our own is challenging. Though this outcome was never our goal, it is a good result for us. The publishing landscape is much different than it was even just a few years ago. This result allows us to focus on building our digital future.”

The latest blow follows a series of financial hits the newspaper has taken in recent years.

But the loan wasn’t enough to stave off cutbacks and layoffs. In 2018, the Times laid off about 50 employees. In October 2019, the Times laid off seven more journalists, among others. In February of 2020, Tash announced all employees would receive a 10% pay cut and executives would get a 15% cut. A month later, as the COVID-19 pandemic hit, 11 more journalists were laid off. Shortly after, furloughs were announced. Then the paper cut its daily print production to Wednesdays and Sundays. Earlier this year, the Times announced more temporary pay cuts and sold its printing plant for $21 million.

In February 2020, the Times posted a heavily edited version of an Associated Press story about Miami Herald publisher McClatchy filing for bankruptcy. As Florida Politics noted then, the Times version of the story omitted nearly a third of the article’s content, including references to McClatchy looking to “unload its pension obligations to a federal corporation that guarantees pensions, so that employees would get the benefits they were entitled to.”