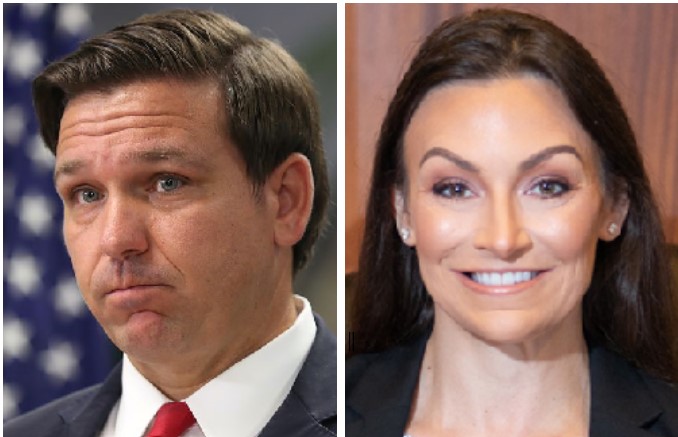 Fried claimed, without evidence, that DeSantis has a board appointment quid pro quo.

Gov. Ron DeSantis rejected claims by a potential 2022 opponent that key board spots were pay to play gigs for major donors.

Friday in Ocala, the Governor responded to Agriculture Commissioner Nikki Fried‘s assertion (made without tangible proof) that there was a tie between political donations and spots on prominent education boards in the state, saying it was a “baseless conspiracy charge.”

“OK, you can look up everyone who I’ve appointed. So we have however many universities, however many state colleges. And you could look to see based on their record. And it’s obviously false on its face. It would require probably 20 minutes of investigation to be able to do that. So it’s yet another baseless conspiracy charge that’s thrown around. And it’s obviously not true,” DeSantis told reporters after an event highlighting COVID-19 treatments.

Fried said Tuesday night that state university trustees were required to donate $100,000 to Gov. Ron DeSantis‘ campaign or they would not be reappointed. Yet she provided little to back that up other than anecdotal examples of some big donors serving on university boards.

Fried, while participating in a virtual forum with Democratic rivals U.S. Rep. Charlie Crist and Sen. Annette Taddeo, said: “Our current boards of trustees across the state were required to give a campaign contribution to Ron DeSantis in the amount of $100,000. And if they didn’t give him the campaign contribution, they were not reappointed to the boards.”

Fried’s campaign spokesman, Drew Godinich, defended the claim when asked by Florida Politics about it.

“DeSantis’ appointments are stacked with his biggest donors — and the Boards of Trustees are no different,” he said Wednesday. “She stands by her comments from last night, and I think it’s very clear that there’s a quid pro quo to obtain those appointments.”

Some donors on the University of Florida Board of Trustees, the board that Fried specifically seemed to be referencing, did reach a six-figure contribution threshold.

Chair Morteza “Mori” Hosseini‘s company, ICI Homes, has donated $106,000 to DeSantis’ Friends of Ron DeSantis political committee and another $158,000 to the Republican Party of Florida over the current, 2020 and 2018 election cycles, according to the Florida Division of Elections.

Other members of that board donated nothing, however.