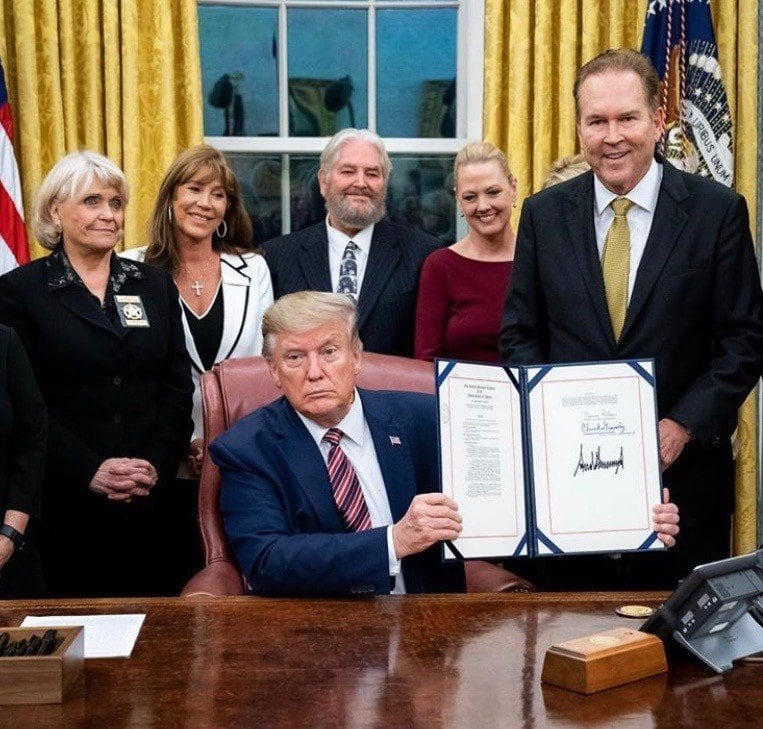 The endorsement might come as a surprise to some.

“Congressman Vern Buchanan is a terrific representative of the people of Florida,” Trump said in a statement released by the Save America PAC. “He is working hard to lower our Taxes, grow our Economy, support our Military and Vets, protect our Seniors, and defend our Second Amendment. Vern has my Complete and Total Endorsement!”

Buchanan is running for a ninth term in the U.S. House. If the Republicans retake a majority in the chamber, he would also be the senior Republican on the Ways & Means Committee and a favorite to chair the most powerful committee in the House.

“I am honored to have the endorsement of President Trump,” Buchanan said. “I look forward to working with him to take back the House so we can put our economy back on track, get people back to work, and restore America’s greatness.”

But first, he must win re-election. This year, he faces a Primary challenge from Sarasota conservative activist Martin Hyde.

For some, the Trump endorsement may come as a surprise, as Hyde boasts support from Roger Stone and Michael Flynn, prominent voices in Trump’s sphere. Flynn, who briefly served as national security advisor to the Republican President, now lives in the Sarasota area, though south of Buchanan’s district.

However, while the Stone and Flynn endorsements made local headlines, they also lead to quotes surfacing from Hyde where he criticized Trump during the 2016 primaries.

Another interesting element of the Trump endorsement is that Buchanan was one of two Florida Republican Representatives who did not vote to object to certifying President Joe Biden’s victory over Trump. Buchanan had flirted with possibly joining the challenge, but ultimately issued a statement condemning the Jan. 6 riot that broke out as Trump supporters tried to disrupt the certification process.

But Buchanan also worked with Trump’s administration, including serving as a liaison between the White House and Congress during negotiations of the U.S.-Mexico-Canada Agreement.

In addition to facing Hyde in the Primary, two Democrats have also filed to challenge Buchanan. Jan Schneider, who has run unsuccessfully for the seat both against Buchanan and before he held the post, and political newcomer Benjamin Miranda-Padilla have both filed as well.

While neither candidate has the backing of the Democratic Congressional Campaign Committee to date, national Democrats have targeted Buchanan a number of times, including the last election cycles. But the incumbent fended off those challenges, defeating Democrat David Shapiro by nine percentage points in 2018 and Democrat Margaret Good by 11 points in 2020.

previousNikki Fried announces round of endorsements from South, Central Florida