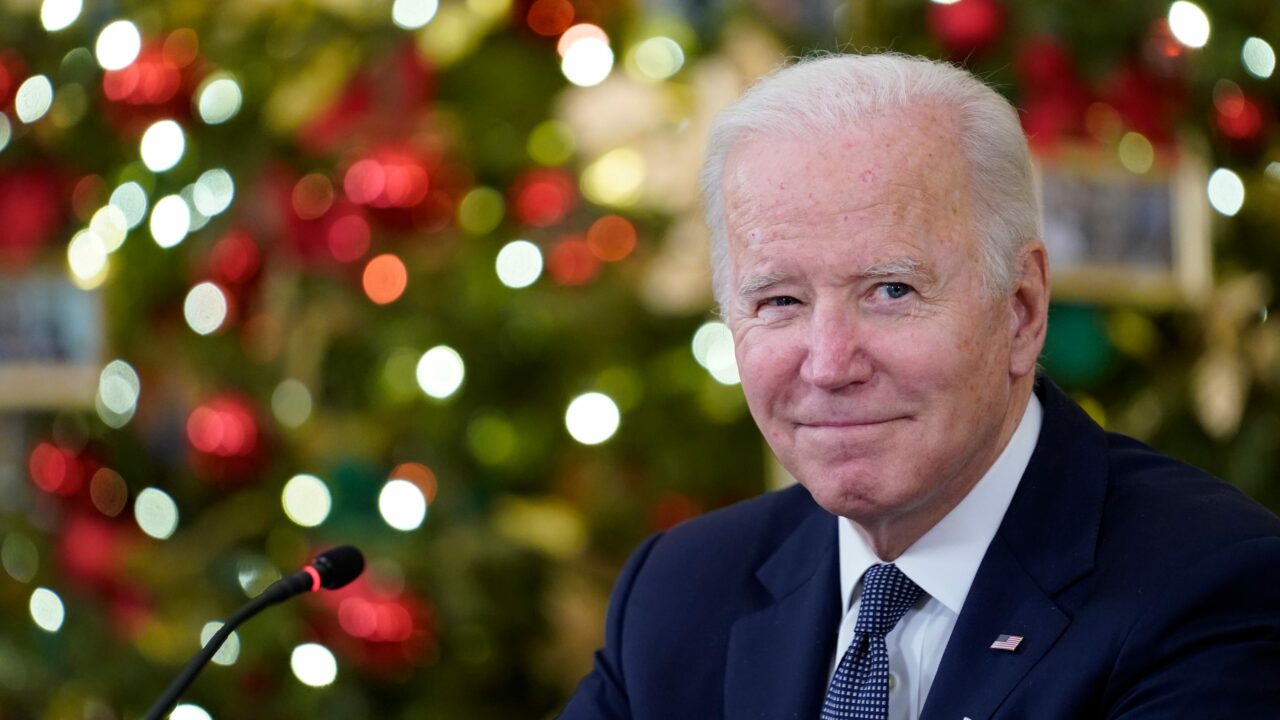 The President appeared to miss the sleight.

President Joe Biden told a caller “Let’s go, Brandon” on Friday, repeating back to the man a line that’s become a shrouded insult aimed at the President.

To celebrate the NORAD Santa Tracker, the President and First Lady Jill Biden were fielding phone calls from children on Christmas Eve when one father called in on behalf of his young children.

The Oregon man and father of four, who identified himself as Jared, shared a jovial conversation with the First Family. Jared’s son, Griffin, told the Bidens he wanted a piano, and another son, Hunter, said he wanted a Nintendo Switch.

However, the talk turned much less jolly after the First Couple wished Jared and his family a merry Christmas.

“I hope you guys have a wonderful Christmas as well. Merry Christmas, and let’s go, Brandon,” Jared said.

He then attempted to ask Jared whether he lived in Oregon, but Jared had apparently hung up already.

“Where’s your home,” Biden pried further after a brief pause.

The chant started at an Oct. 2 NASCAR race at the Talladega Superspeedway in Alabama. Brandon Brown, a 28-year-old driver, had won his first Xfinity Series and was being interviewed by an NBC Sports reporter. The crowd behind him was chanting something at first difficult to make out. The reporter suggested they were chanting “Let’s go, Brandon” to cheer the driver. But it became increasingly clear they were saying: “F**k Joe Biden.”

Since then, the chant has surfaced in the national narrative periodically.