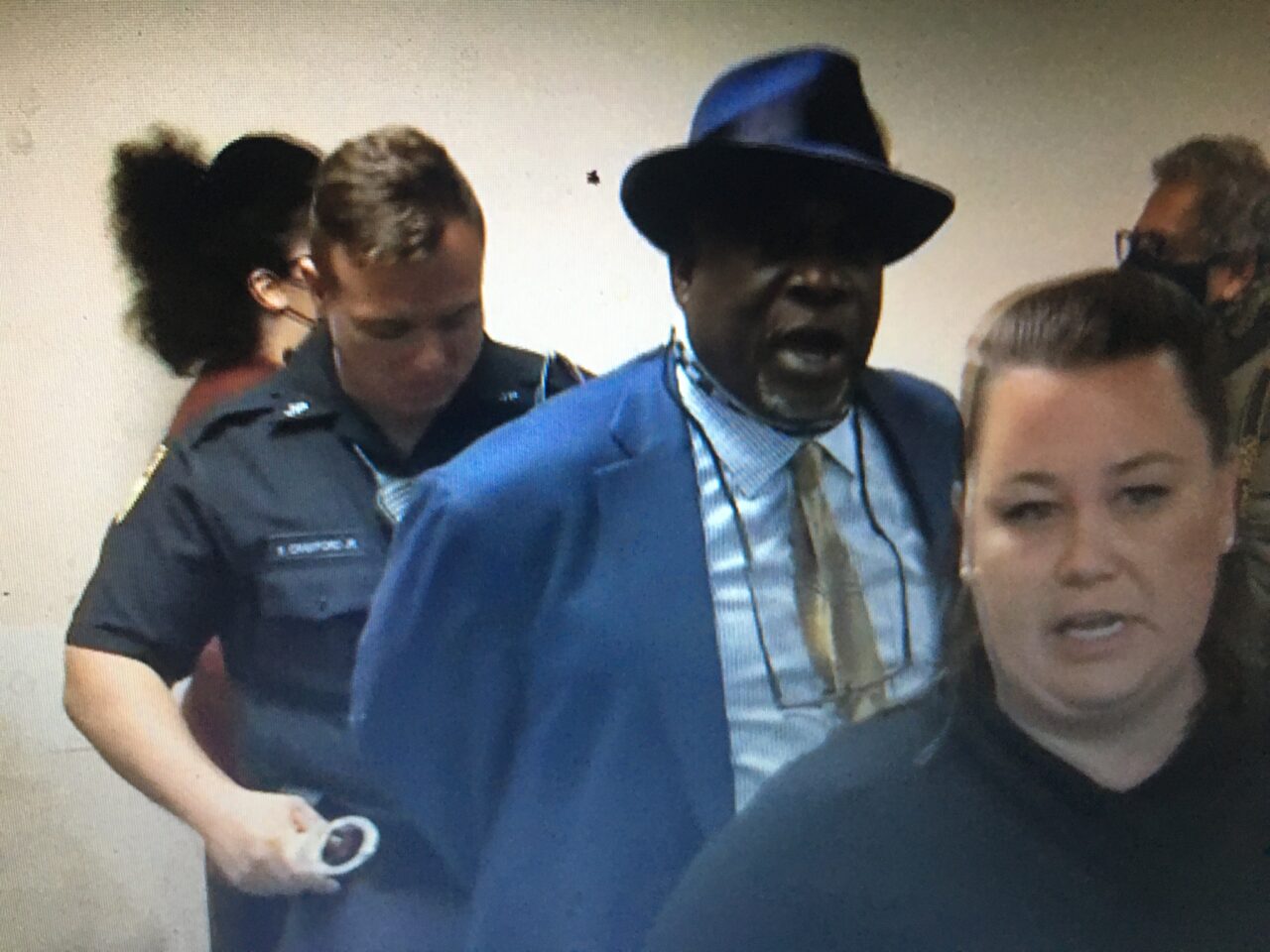 Frazier did a local TV interview Wednesday giving his side.

A Jacksonville journalist and activist arrested because he would not leave a Gov. Ron DeSantis news conference had his say on the incident Wednesday morning.

Ben Frazier, president of Jacksonville’s Northside Coalition, told a local television audience that he wanted to confront DeSantis about his “mishandling” of COVID-19 at the Wednesday morning event.

“This is not about partisan politics … not about race,” Frazier said. “We are sick and tired of him playing politics with the pandemic.”

“The Governor is trying to silence people he doesn’t agree with, or who disagree with him,” Frazier added. “It is extreme, radical, Republican right wing politics.”

Frazier said that “precious lives” were his concern, not DeSantis’ political ambitions, during the interview on WJXT with Vic Micolucci Wednesday.

Frazier, a 72-year-old man who has limited mobility, was handcuffed and removed from a conference room at the Department of Health’s Duval County location. He and others wanted to ask DeSantis questions and would not relent when approached by staffers.

Frazier was told by a man who described himself as a facilities manager that the conference was only for “credentialed press” and asked everyone to leave “who is not media.” Those orders fell on deaf ears, with Frazier retorting it was a public event in a public building.

Frazier was brought to ground level where two police officers put him in the back of a police car while supporters of Frazier’s looked on. He was not transported to the Duval County Jail, but he was detained and given a notice to appear in court next week.

“I have no idea what happened,” DeSantis said when asked about the incident after his remarks, shutting down inquiry.

A spokesperson for the Governor compared Frazier and others to the Jan. 6 rioters at the U.S. Capitol.

DeSantis spox Christina Pushaw tweeted about the incident: “It’s almost the anniversary of J6, and Democrats in my replies are insisting that government buildings should always be open to any member of the public who wants to confront an elected official, and nobody should be arrested for trespassing in a government building! Wow!”

Frazier’s arrest made national news even before the Governor issued his remarks, which centered on the expansion of monoclonal antibody distribution in Jacksonville amid the latest COVID-19 surge.