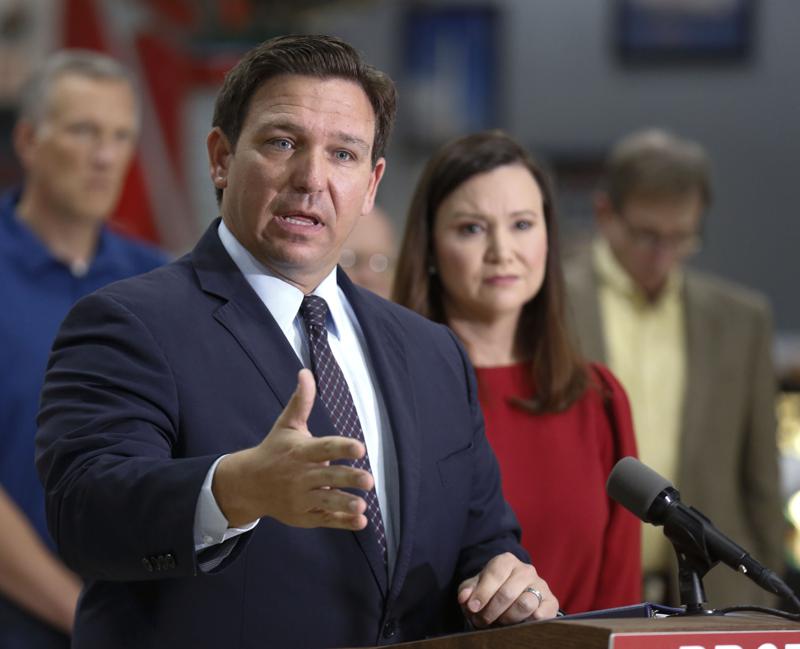 'It didn't stop it. It doesn't provide sterilizing immunity.'

Gov. Ron DeSantis says he hasn’t lost faith in the COVID-19 vaccine but wants to be honest with people about the protections it provides.

The omicron variant is driving a record-breaking surge of cases nationwide and is infecting vaccinated and unvaccinated people alike. Florida is currently in the top three states for per capita virus spread, according to the U.S. Centers for Disease Control and Prevention (CDC).

DeSantis, who has gained national attention for opposing strict methods of combating the pandemic and for his critiques of President Joe Biden, said claims that vaccinations will end the pandemic haven’t come true. When a reporter told the Governor it sounds as if he’s given up faith in the vaccine, he replied, “No, no, no.”

“With omicron, the vaccines are not stopping the spread. That’s clear,” said DeSantis, who has only received one shot of the Johnson & Johnson vaccine. “If you look at who’s being infected, vaccinated, boosted, they’re all being infected.”

“It didn’t stop it,” he continued, discussing the vaccine. “It doesn’t provide sterilizing immunity, and I think that you just have to be honest with people about that.”

The Governor held a similar view regarding the delta variant, which hit Florida and the South particularly hard over the summer. While the omicron variant has proven more transmissible, it also appears to cause milder infections.

“I think it’s much better to just be realistic about what the data is telling us, in terms of the utility for reducing severity versus trying to claim that it’s somehow sterilizing, like a measles vaccine or something like that,” DeSantis said.

Pandemic data has been a repeated point of contention in Florida. The Governor’s critics have accused the DeSantis administration of withholding COVID-19 data, while DeSantis has argued that people are focusing on the wrong data.

DeSantis told reporters that he will ask hospitals to start reporting the number of people that are being treated for COVID-19 instead of just the number of infected patients. In some hospitals, a majority of positive patients are there for other reasons but are incidentally testing positive.

“I’m fine saying, ‘Here’s everyone who’s COVID-positive regardless of treatment.’ But then also say, ‘Here are the people that we’re actually treating for COVID,’ because that gives us a better indication of the clinical consequences for something like omicron,” DeSantis said.

With long lines at testing sites across the state and nationwide, DeSantis and Surgeon General Joseph Ladapo plan to release testing guidelines that will stress the importance of prioritizing high-risk individuals for tests. Releasing the guidelines would help address the people who are “whipped up to be afraid of omicron,” according to the administration.

However, the guidelines won’t enforce any mandates.

“If you want to go into the drugstore and buy 15 tests for yourself to have, you’re free to do that,” DeSantis said.