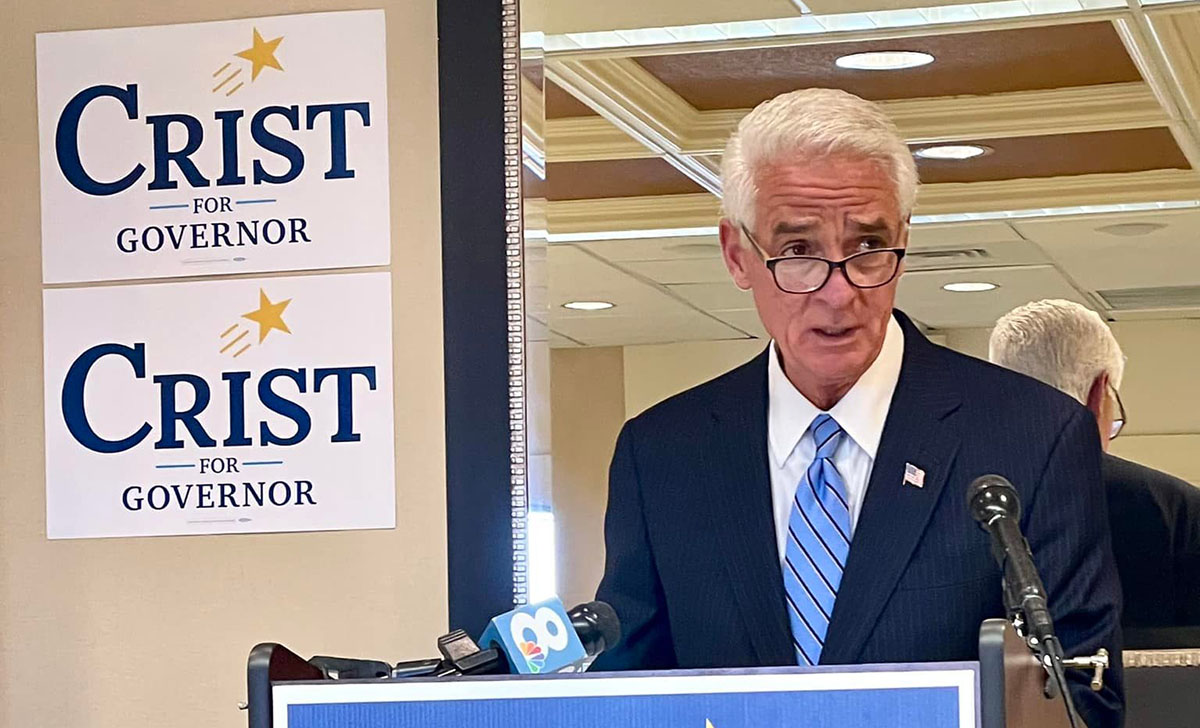 Florida’s seniors make up almost a quarter of the state’s population.

Crist, who currently represents Florida’s 13th Congressional District, released his “Action Plan for Florida Seniors” on Wednesday, saying it will be a pillar of his campaign and administration.

“The ‘Crist Action Plan for Florida Seniors’ is our campaign’s promise that as Governor, I will do as I have always done, fight for Florida seniors,” Crist said in a statement. “From health care to retirement to creating safe, age-friendly communities, the Crist administration will be ready on day one to deliver for seniors across the Sunshine State.”

Florida’s seniors make up almost a quarter of the state’s population, making them an important voting bloc for statewide candidates to appeal to.

In announcing his policy proposal, Crist criticized Gov. Ron DeSantis for not expanding Medicaid. Crist has been a vocal advocate for expansion and has previously slammed the DeSantis administration for refusing to grow Medicaid amid the pandemic. Florida is one of 12 holdout states that has refused to expand Medicaid.

Crist also scrutinized changes to voting laws promoted by DeSantis and state GOP leadership. He argued the new election laws would impact seniors who wish to cast mail-in ballots, which can be a safer option during the pandemic.

Despite a historic number of mail ballots and early votes cast, DeSantis signed a bill erecting “guardrails” around vote-by-mail ballots and more. Democrats argued those provisions were forms of voter suppression. The bill has drawn multiple court challenges, including from the NAACP and the League of Women Voters.

“Florida’s seniors are a crucial part of our campaign’s promise to build a Florida for all Floridians,” Crist said in a statement. “Gov. DeSantis has rejected Medicaid expansion and lowering drug costs, he’s made it harder for seniors to cast their ballots safely during a pandemic, he’s ignored our nursing homes and the workers caring for our loved ones, and he’s recklessly endangered older Floridians with his soft on COVID policies. Enough is enough.”

The 2022 Governor’s race is in full swing, with a handful of statewide Democrats vying to unseat DeSantis, the Republican incumbent. Crist faces Agriculture Commissioner Nikki Fried and state Sen. Annette Taddeo in the Democratic Primary.