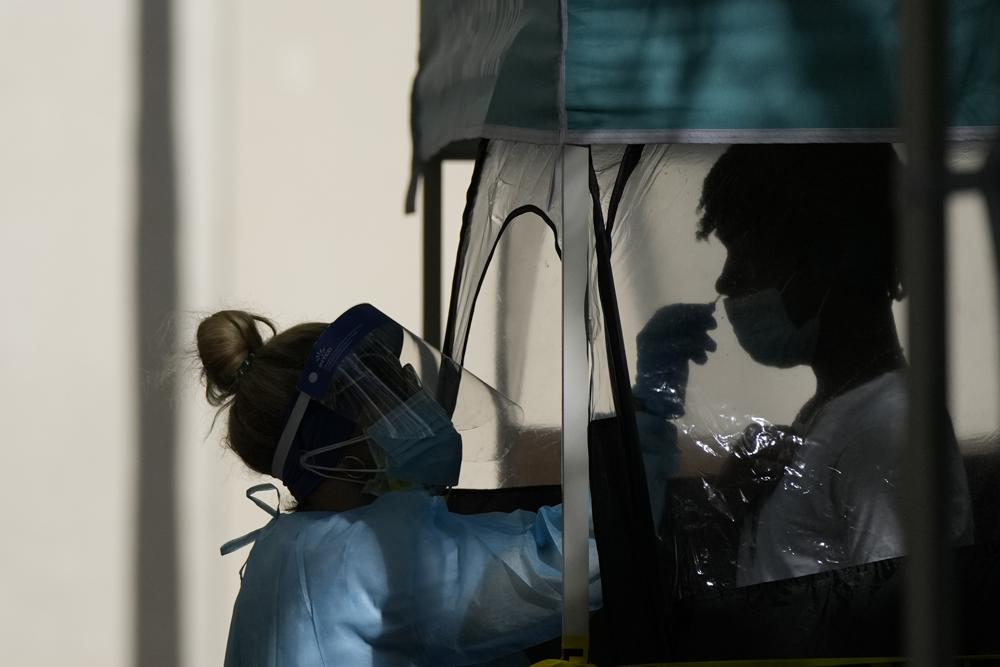 The batch of rapid tests expired between Dec. 26 and Dec. 30.

Division of Emergency Management (DEM) Director Kevin Guthrie is confirming between 800,000 and 1 million of the state’s COVID-19 test kits recently expired — but he said there was no demand for them.

The Abbott Laboratories rapid tests expired last month amid Florida’s sharp rise in COVID-19 infections. The omicron variant has caused cases to skyrocket across the country and in Florida, resulting in long lines at testing sites. Shelves of at-home rapid tests have also gone empty in stores.

The Department of Health (DOH), which operates under Gov. Ron DeSantis’ Office, manages the state’s testing stockpile. The stockpile is made available to hospitals, nursing homes and more state-supported response hubs.

The batch of rapid tests expired between Dec. 26 and Dec. 30.

“We tried to give them out prior to that, but there was not a demand for it,” Guthrie told reporters Thursday.

If the U.S. Department of Health and Human Services grants the extension, the state could again use the rapid tests.

News of the expiring tests first came from Agriculture Commissioner Nikki Fried, a Democratic gubernatorial candidate. On Dec. 30, as part of her attacks on DeSantis’ COVID-19 response during the latest case surge, Fried announced that she had learned of expiring tests.

The Governor’s office, DOH and DEM did not confirm the existence of expiring tests until this week.

Guthrie’s statement came during DeSantis’ news conference in West Palm Beach, in which the Governor highlighted the state’s acquisition of 1 million at-home rapid tests DeSantis appeared on Fox News’ “Fox and Friends” Thursday morning to break the news of the purchase, noting that the tests are reserved for the elderly.

DeSantis and Surgeon General Joseph Ladapo developed testing guidelines in Florida that will prioritize testing for high-risk populations, like the elderly, while discouraging low-risk people from taking tests. However, low-risk individuals are not barred from taking tests.

“When you have people waiting in line, you just say OK, if you had high-value tests for folks who are more at risk rather than low-value tests for people who are healthier and less at risk, then you probably — even with the crunch we’re seeing — that would probably alleviate a lot right there,” DeSantis said.

In a tweet, Fried claimed victory, saying the test expiration happened “just like I told you.” She followed up the tweet with a statement again criticizing DeSantis for his pandemic response.

“It’s bad enough that Gov. DeSantis has deprioritized testing with omicron exploding across Florida, but it’s an absolute disgrace for the Governor and his communications team to have lied and covered up the massive failure of a million unused tests while Floridians wait in hours-long lines for local tests that are running out,” Fried said in a statement.

“Now the Governor has to beg President (Joe) Biden for another waiver to even use these expired tests — should they still be safe and effective. The Governor’s executive failure during this pandemic continues to hurt Floridians. This is why I speak up.”

Fried also held an “emergency” news conference in West Palm Beach in which she said Floridians need a better leader.

“This Governor is not fit to serve,” Fried told reporters. “He should have known that this stockpile of tests could have been distributed all throughout the state. This is not only a (dereliction) of responsibility. But this is a complete failure of this Governor.”

“To suggest that the Florida Department of Health waited around for these test kits to expire is simply false,” Khoury said. “The FDA granted the test manufacturer a 3-month extension in May of 2021. The original expiration of the test kits in question was September 2021. The manufacturer has also informed us that they have submitted another extension request.”

Unlike the new stock of at-home rapid tests, Access Bio’s CareStart COVID-19 Antigen test, the expired rapid tests are an earlier version prepared for professional use and scaled to test multiple samples simultaneously.

For Tuesday, the latest day with available data, the U.S. Centers for Disease Control and Prevention reported 59,487 new COVID-19 cases in Florida, with 4.4 million cases confirmed in the state throughout the pandemic. Florida is also among the top five states for new COVID-19 cases per capita in the last seven days.

nextOuch! Docs must learn about spinal compressions after they make list of top five misdiagnoses