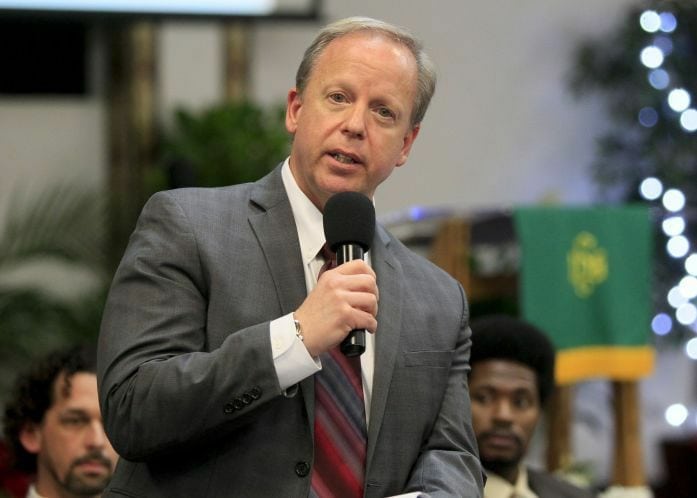 "This was not an easy decision for me. But as in all great relay races, it is time for me to pass the baton."

In a video posted by Pinellas County Schools, Grego read a statement detailing his decision to step down and highlighting his accomplishments during his tenure.

“Over the last decade we have tackled the challenges of the district head on, bringing needed stability and a renewed focus on student achievement,” Grego said in a statement.

Grego highlighted the district’s improved graduation rate, which rose to 92% in 2021 from just under 70% when he was first hired in 2012.

Grego also boasted the elimination of all F-rated schools in the district, accompanied by a boost in the number of A-, B- and C-rated schools. He also emphasized the district’s increase in early literacy programs and gifted studies.

“In partnership with the best Education Foundation in the country, we’ve focused great attention on college and career readiness and expanded career academies and certifications,” Grego said.

As for the infrastructure of the district, Grego highlighted the renovations of schools across the district, including the elimination of more than 500 portables.

He also mentioned the financial state of the district, which he described as “stable and secure.”

“We have a healthy fund balance, and I am so proud that we have been able to increase all employees’ pay, including benefits, by over 40%, greater than any other district in the state,” Grego said.

The School Board will now work to finalize a process to select a new Superintendent.

“This was not an easy decision for me. But as in all great relay races, it is time for me to pass the baton. While I will enjoy spending more time with my family, I will sincerely miss my Pinellas County Schools family,” Grego said.

“Thank you for your support and partnership. Pinellas is a wonderful community. I am humbled and honored to have served as your Superintendent for the past 10 years and wish you much success and happiness.”