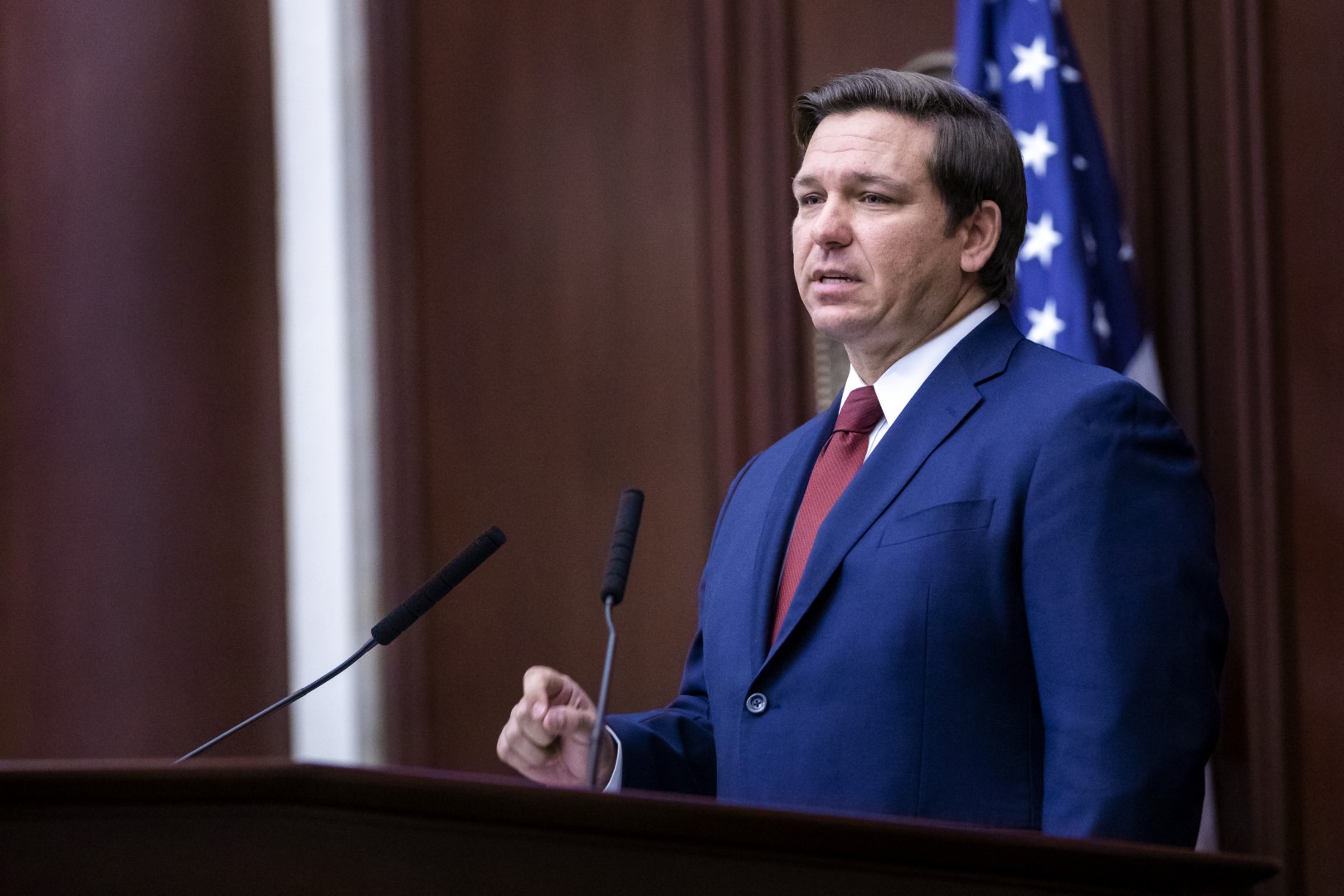 'We were right and they were wrong, and millions of families in Florida are better for it.'

Gov. Ron DeSantis declared Florida a beacon of freedom as the state approaches the end of its second year in the COVID-19 pandemic.

In his State of the State address Tuesday, the Republican Governor touted several of his successes from the last three years in office and outlined the issues he wants to see progress over the coming 60 60-day Session.

The COVID-19 pandemic struck Florida in March 2020 as lawmakers were wrapping the final weeks of that year’s Legislative Session. Now with two years of perspective, DeSantis railed against strict pandemic response measures.

Central to DeSantis’ 30-minute speech was that he has kept the state largely free of pandemic restrictions since fully reopening Florida in late 2020. His administration has allowed businesses to operate and employees to work, and he also opposed federal vaccine mandates.

By contrast, some people adhere more to “Faucian” declarations than the Constitution, DeSantis argued. And he lambasted what he called a “biomedical security state” and touted his effort to keep Florida a “liberty outpost.”

“While so many around the country have consigned the people’s rights to the graveyard, Florida has stood as freedom’s vanguard,” DeSantis said.

The freedom theme aligned closely with the “Freedom First” budget DeSantis announced in December, which would amount to about $100 billion. Florida has maintained a large budget surplus and “withstood unfavorable national headwinds.”

On education, DeSantis called for another round of $1,000 bonuses for teachers and highlighted the “Parents’ Bill of Rights,” which the state has used to prevent schools from enforcing mask mandates during the current academic year.

DeSantis described the “hysterical media,” unions and the politicians they control as some who opposed getting children back in classrooms.

“We were right and they were wrong, and millions of families in Florida are better for it,” DeSantis said.

The Governor also continued his attacks on critical race theory, which posits that racial disparities have a continual influence on institutional structures. He is asking for legislation to ban the concept in schools and in job training.

“Our tax dollars should not be used to teach kids to hate our country or to hate each other,” DeSantis said.

He also promoted his latest election law proposals, which includes establishing an election police office to enforce election laws, particularly around ballot handling. And DeSantis blamed federal border policies for an influx of illegal migration and narcotics like fentanyl.

DeSantis also called for the state to create a memorial to remind people of the Champlain Towers South condominium that collapsed in Surfside last year.

“The Surfside tragedy reminds us that you never know what tomorrow will bring,” DeSantis said. “Don’t take anything for granted and make the most out of each and every day.”