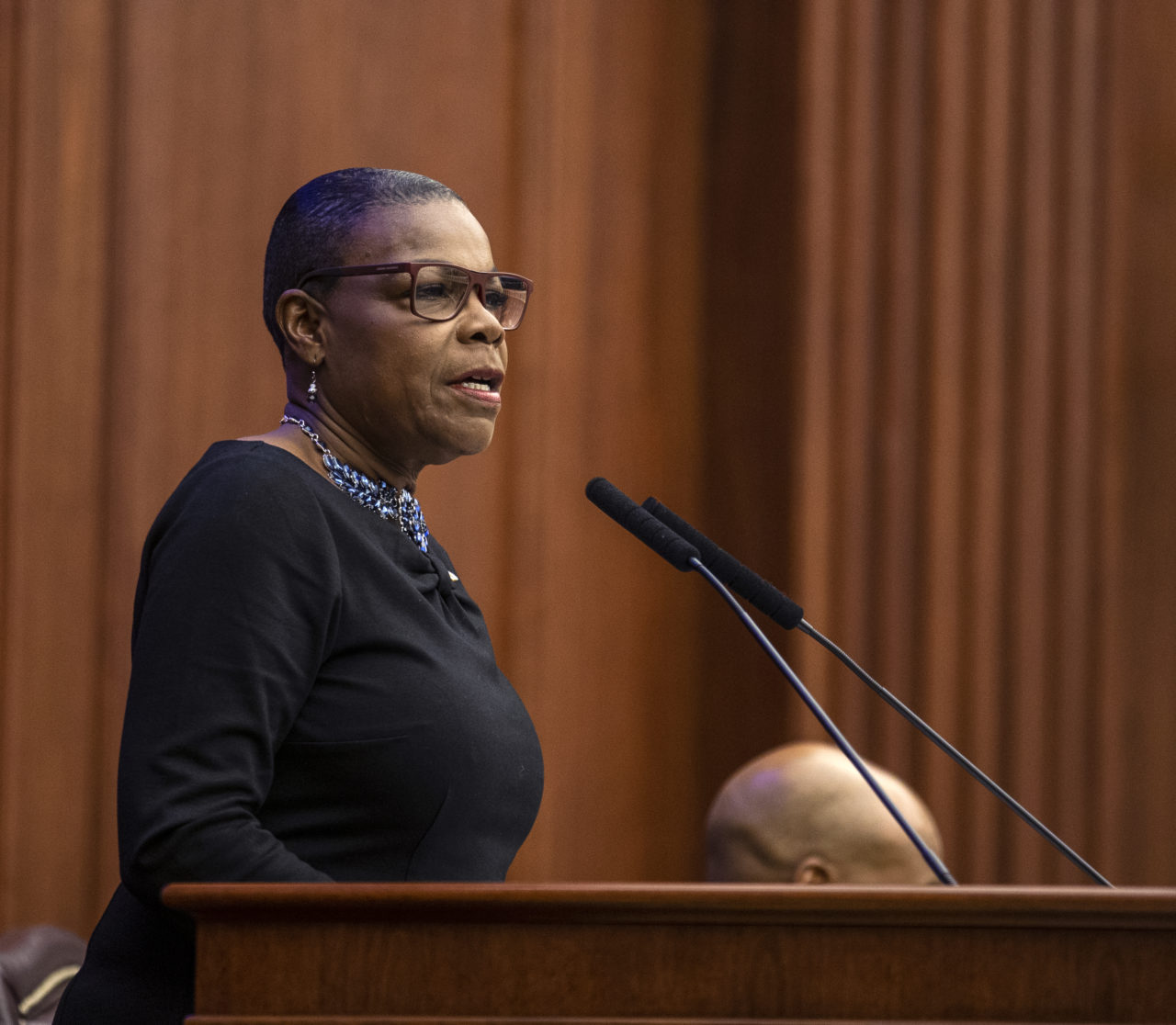 She preferred a prior proposal for her own Senate District 6.

Sen. Audrey Gibson, a Jacksonville Democrat, filed a substantive amendment to a draft Florida Senate district map that could update the shape of Senate District 6.

The Senator represents the existing SD 6, one of Florida’s effective minority districts, which affords it federal Voting Rights Act protections.

The draft Senate map (S 8046) under consideration by the Senate Reapportionment Committee imagines a Jacksonville-centered district bound on the north and east primarily by State Road 526, a perimeter road. Additionally, the draft district in its southern half extends west to Cecil Commerce Center Parkway and south to the Duval-Clay county line.

Senate Reapportionment Staff Director Jay Ferrin said the plan allows for a district that proves both geometrically compact and will still allow Black voters to elect a Senator of the community’s choosing. While it is not technically a majority-minority district, there is a high enough percentage of Black voters who vote as Democrats in the left leaning district to effectively ensure the minority community holds the power to pick a winner.

But Gibson fears the district goes overboard in creating a dense, urban district suffering from blight. She joked that when she first won election to her district, it spread out to look like the cartoon moose Bullwinkle, but that changed with a mid-decade court decision tossing the map. While that may have been a spidery and non-compact district, this draft would create a “poverty district.”

“I don’t think that’s something we should do,” she said.

She favors a proposal in an earlier draft of the Senate map (S 8028). That would leave some of the southern portions of the chief proposal in Senate District 4, a district with Nassau County and much of east Duval County that largely encircles SD 4 in all drafts.

In Gibson’s draft, SD 6 spans further to the west, running to the diagonal Nassau-Duval county line and to the north-south Duval-Clay county divide.

Of note, Gibson’s proposal would result in a higher percentage of Black residents of voting age, about 42.66% compared to around 41.62% in the draft heading to the full reapportionment committee.

Gibson’s is the first proposed Senate map from a Senator, as opposed to staff, though it was quickly followed by one from Sen. Ray Rodrigues, the Estero Republican chairing the full committee. Rodrigues’ map (S 8056) suggests minimal changes to the draft provided by staff.