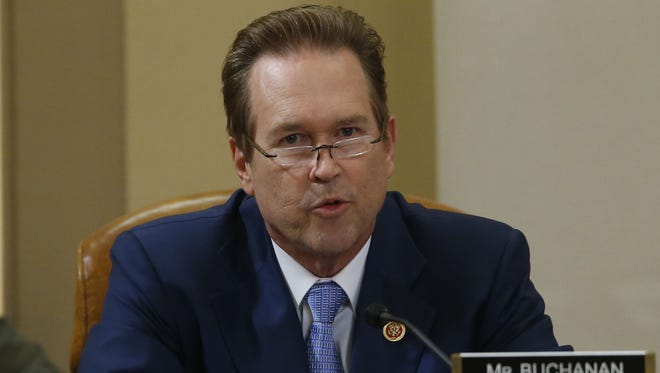 Is the chairmanship for Ways and Means next?

U.S. Rep. Vern Buchanan will take over this week as the top Republican on the Ways and Means Health Subcommittee.

Among the hierarchy of panels under the Ways and Means umbrella, the Health Subcommittee is widely considered the most important. Buchanan, a Longboat Key Republican, takes over from former U.S. Rep. Devin Nunes, a California Republican who just quit to run former President Donald Trump’s social media start-up.

Buchanan will serve as ranking member of the subcommittee, as Republicans are in the minority in the House.

“Health care represents one-fifth of our economy and is enormously important to every family and business in the country,” Buchanan said. “We need to make it more affordable and accessible for every single American, without imposing burdensome big government regulations.”

Buchanan moved into the position based on seniority. He first won election to the House of Representatives in 2006 and has won re-election subsequently.

The Health Subcommittee holds significant sway over health care policy, and the position will elevate the influence of Buchanan and Florida within the Beltway.

But perhaps more significant, the promotion bolsters Buchanan’s resume as he aims to become chair of the full House Ways and Means Committee, the most powerful committee in the chamber.

Buchanan had already been running against Nunes for chair since April, when U.S. Rep. Kevin Brady — a Texas Republican who now serves as ranking member on Ways and Means — announced he would not seek re-election. But at the time, Nunes was considered the strong frontrunner. With Nunes no longer in the House, Buchanan will become the senior-most Republican on the Ways and Means Committee.

U.S. Rep. Richard Neal, a Massachusetts Democrat, now chairs the full committee. But that changes if Republicans can win a majority of seats in the House this November.

“As I indicated earlier this year, I will be running for the Ways and Means chairmanship, but my first priority is to help Republicans win back the U.S. House majority in 2022,” Buchanan said in December.

At the moment, Democrats enjoy just a nine-seat advantage in the House. Most forecasters expect the midterms to be a strong election cycle for Republicans. Should the GOP retake the chamber, that positions Buchanan to chair the full committee. That’s more likely now as Buchanan moves up the chain on the Health Subcommittee.