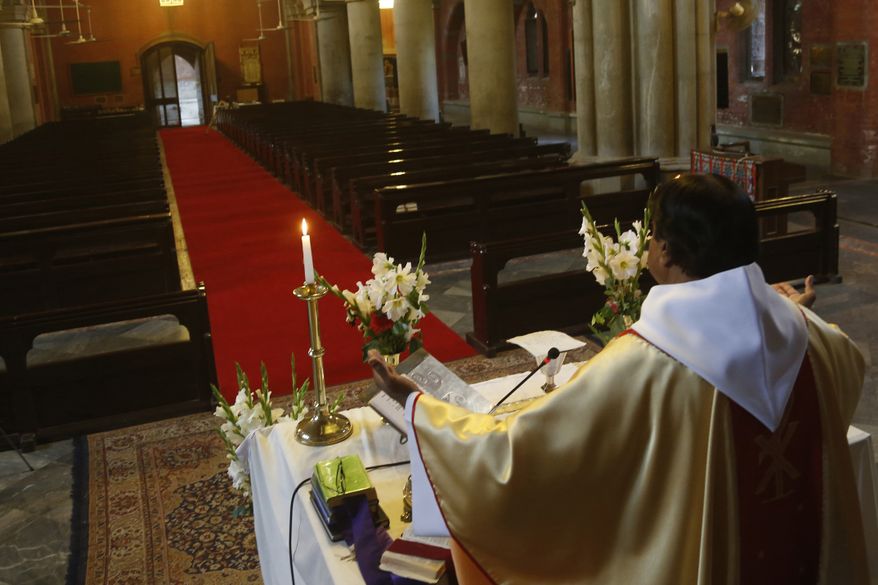 The companion bill is awaiting the Senate's consideration.

Church doors in Florida would be among the last to close during a state of emergency per a bill OK’d Wednesday by a House committee.

Under the proposal (HB 215), state law would label houses of worship as an “essential service,” meaning religious events and activities may continue so long as any business is permitted to operate.

Republican Rep. Nick DiCeglie of Indian Rocks Beach is the bill sponsor. The House Pandemics and Public Emergencies Committee approved the bill without questions or debate.

The legislation, DiCeglie explained, is a reaction to the COVID-19 pandemic and the government’s ensuing response. Under Gov. Ron DeSantis, Florida was one of a dozen states to deem houses of worship essential during the state’s stay-at-home order in the early months of the pandemic.

“I think it’s appropriate public policy that we make sure that we’re never in that situation here in the state of Florida,” DiCeglie told Florida Politics in September.

Florida, though, was not without controversy. A Hillsborough County megachurch pastor was arrested in April 2020 after hosting an in-person service with hundreds of parishioners.

DiCeglie’s proposal will appear next before the State Affairs Committee and Judiciary Committee. Meanwhile, the Senate companion bill is awaiting the full Senate’s consideration.

If signed into law, the legislation would take effect July 1.