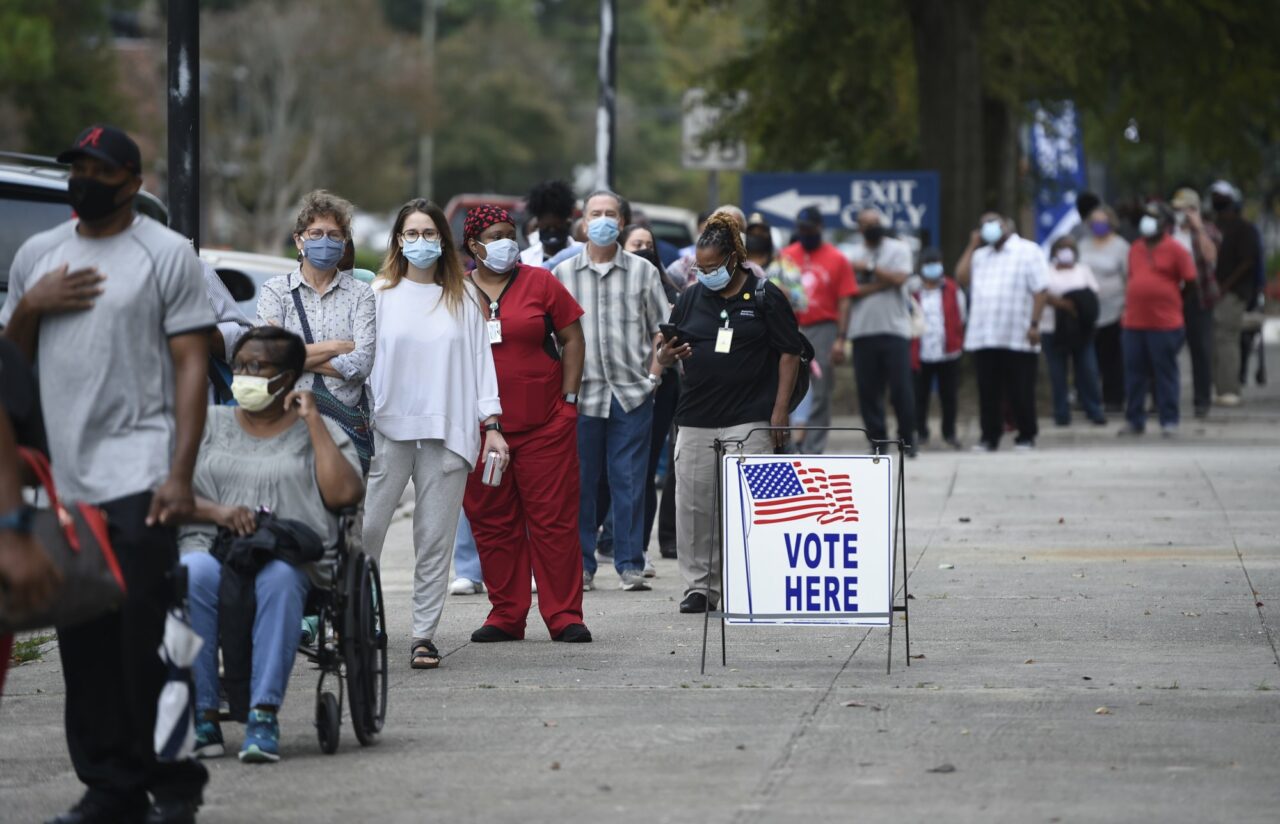 'We see voting rights threatened today like never before.'

Congressional Democrats may have stumbled last week when Senate Republicans blocked the Freedom to Vote: John R. Lewis Act, but the fight is far from over, according to U.S. Rep. Lois Frankel, state Sen. Tina Polsky and others.

In a Zoom news conference Monday, attendees stressed the importance of the federal legislation, which passed through the U.S. House last year but stalled in the Senate. They also highlighted state bills that could still ease voting access in Florida.

“There’s so many great things about our country, but to me, something that just stands above much is that when you’re an eligible voter, and you get to vote, your one vote can add as much as anyone else’s,” Frankel said. “It’s interesting. (Authorities from) all over the country declared the 2020 election to be fair. And even our Attorney General at the time, Bill Barr, said there was no fraud. (But) Republican legislatures all over this country, including here in Florida, have put into effect laws that we think endanger the right to vote.”

One such measure (SB 90), which Gov. Ron DeSantis signed into law during a Fox News news conference in May, increased barriers to mail-in voting and limited who can hand out items, including food and water, to people waiting in line to vote in person, among other restrictions.

“These were unnecessary changes that were made to the law,” Polsky said. “What really happened, from a political standpoint, is that for the first time, the Democrats outvoted Republicans in vote-by-mail. And as a result, the initial bill was to make someone register for vote-by-mail every year. That was ultimately changed to now every two years, but it used to be four years. And that was fine when the Republicans were voting more in vote-by-mail. Now the Democrats are. They want to make it much more difficult, create a barrier as much as they can.”

This Legislative Session, Polsky is sponsoring SB 1586, which would allow people to confirm on their current mail-in ballots that they would like to continue voting by mail the following year and require Special Elections to be held within 180 days of an office vacancy.

DeSantis did not move to set election dates to replace U.S. Rep. Alcee Hastings, who died in April, until lawsuits asked a judge to compel him to act. Some analyses found the time between when Hastings died and when early voting to replace him commenced on New Year’s Day 2022 represented the most extended congressional vacancy in U.S. history.

The elections to replace three state lawmakers who resigned to run for Hastings’ seat in July also didn’t occur until this month.

“We went nine months without an election held, to the contradiction of our local Supervisors of Elections,” Polsky said. “Right now, there are two state House districts and one Senate district that are unrepresented during Session. That means no one is working on appropriations for their cities except those of us who have taken them on to help. There’s no one representing almost 70,000 people in the state of Florida, all because the Governor decided to play politics and set Special Elections so much later than they needed to be set.”

Skhir highlighted other “common-sense measures” moving through the Legislature.

There’s SB 368 by Sen. Lori Berman of Delray Beach, which would allow Floridians to opt into being automatically registered to vote when they get their motor vehicle registration — a process known as “motor voter.”

There’s also HB 1353 by Rep. Geraldine Thompson of Windermere, which would also allow motor-voter registration. In addition, Thompson’s bill allows same-day voter registration, requires unregistered voters to be notified by mail of their status, and changes Florida’s Secretary of State role to an elected office.

Sen. Annette Taddeo of Miami, who is running to unseat DeSantis in November, filed a Senate version of the bill this month.

“At a time when states across the country are creating deliberate barriers to voting, Florida can and should lead by protecting our freedom to vote,” Skhir said. “By passing these bills, we can finally make the promise of democracy real for Floridians.”

Last year, 49 states across the country introduced more than 440 restrictions on voting. Nineteen states, including Florida, Texas, and Georgia, passed 34 of those bills into law.

Earlier this month, the U.S. House passed the Freedom to Vote Act and a measure named for the late Rep. John Lewis of Georgia to counteract the new laws. The legislation, which the House combined into one bill, then went to the Senate.

The measure would establish nationwide standards for ballot access. Among its changes: establishing Election Day as a national holiday, setting a mandated period of 15 consecutive days of early voting, requiring that all voters be able to access vote-by-mail provisions and the creation of new automatic voter registration programs.

The bill would also restore aspects of the landmark Voting Rights Act of 1965 — which the U.S. Supreme Court gutted in 2013 — including a requirement that the U.S. Justice Department or federal courts must approve voting changes in jurisdictions with a history of discrimination.

Senate Republicans blocked the bill’s passage Jan. 19, with all 50 Republicans voting against the bill. In a separate vote, Democratic Sen. Joe Manchin of West Virginia and Kyrsten Sinema of Arizona sided with Republicans to reject a motion by Democrats to change Senate rules so a simple majority could pass the bill.

Senate Majority Leader Chuck Schumer then voted with Republicans on the voting rights bill for a 51 to 49 vote in a move to allow the bill to be reconsidered later.

The House passed several other bills that “have been sitting in the Senate” awaiting consideration, Frankel said.

Monday marked the 58th anniversary of the 24th Amendment to the U.S. Constitution, eliminating the discriminatory poll tax. While Americans today still celebrate the Amendment’s passage, Frankel said, it also stands as a reminder that no law is immutable.

“You can’t turn your back and think that all the rights are there forever,” she said. “We see voting rights threatened today like never before.”