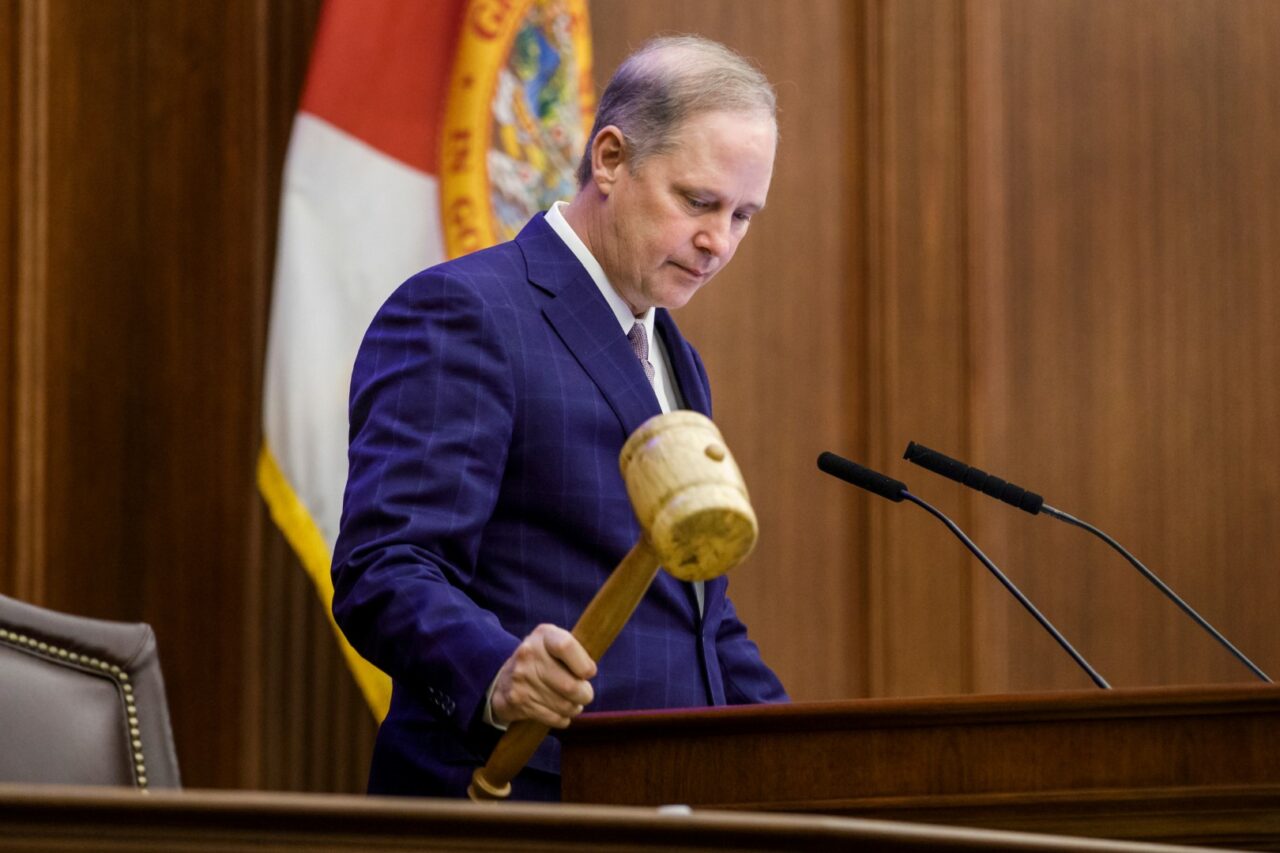 'We have the cash this year to do it, so there’s no excuses.'

Senate President Wilton Simpson led the charge last year to increase the minimum wage for state workers to $13 an hour. This year, the Trilby Republican wants to boost it to $15 per hour starting Oct. 1 — four years ahead of when the minimum wage will reach $15 for all workers.

The move would cost $1 billion in state funds and affect thousands of state workers and even more contractors. More exact estimates of how many workers would see a raise weren’t immediately available.

Under Simpson’s plan, it would also affect workers for vendors for the state in the education and health care sectors, including all K-12 school personnel and nursing home workers.

“Look at what inflation is doing to all earners, but especially these low-wage earners,” Simpson told Florida Politics. “You’re talking about someone that drives your kids to school on a bus every day and they’re making $10, $11, $12 an hour.”

“We have the cash this year to do it, so there’s no excuses,” he added. “If we don’t do it this year it’s because we didn’t have the courage to do it.”

Simpson acknowledged he likely wouldn’t be moving as “aggressively” on hiking the minimum wage for state workers if it wasn’t for the constitutional amendment passed by voters in 2020 that will boost the wage floor to $15 per hour by 2026. Doing it four years ahead of schedule will ensure the state can absorb the increased costs, he said.

The Senate plan will go beyond a simple hike to $15 per hour though. State workers and contractors making between $15 and $25 per hour could also see targeted raises to boost their pay, although it will likely be up to the heads of state agencies to develop a plan to allot those funds.

The move comes as several state agencies are struggling to retain and recruit workers, especially for positions with arduous work and low pay compared to similar positions in related fields.

Simpson said his proposed raises for state workers might not solve all of the state’s recruitment problems, but it could alleviate the high turnover rate at some agencies. He also took issue with the large number of vacancies claimed by some state agencies and local school districts.

“If we’re going to really be honest here, what they should do is take a look at if you are 500 bus drivers short, some of them say, are you really 500 or are you really 50 (short)? So get rid of the 450 phantom number and get what you really need.”

But even as the Senate moves to boost the pay of some state workers, it’s moving forward with a bill to prevent cities and counties from requiring higher minimum wages for their own employees. Higher minimum wages set by local governments for their workers hurt taxpayers by making contracts more expensive, Simpson said, and hurt the state’s economy.

“That’s not a minimum wage, that’s a prevailing wage and that’s a completely different animal,” Simpson said of local wage ordinances for employees and contractors. “A prevailing wage makes our state uncompetitive. Our competitiveness in Florida is because we don’t do those types of things.”

A bill sponsored by Republican Sen. Joe Gruters of Sarasota would preempt local governments from installing larger minimum wages than the state wage for their own employees. State law already preempts cities and counties from doing so for most workers, but still allows it for city and county employees and their contractors.

That bill (SB 1124) was discussed in the Senate Community Affairs Committee on Tuesday evening but failed to get a vote as the committee ran out of time as Democrats debated against the bill. The measure was temporarily postponed, but will likely be heard at the committee’s next meeting.

The House version of the bill (HB 943) passed through the House Local Administration & Veteran Affairs Subcommittee earlier Tuesday by a 10-7 vote. The vote was mostly party-line, but Rep. Harmon Killebrew, a Winter Haven Republican, joined Democrats voting against it.

Miami-Dade County Commissioner Eileen Higgins testified against the House bill, arguing it would cut pay for at least 20,000 workers at airports and ports in Miami-Dade because it would nullify the county’s living wage ordinance for county workers and vendors. Food and retail vendors at Miami International Airport, for example, make $17.62 per hour.

“Residents employed through county contracts make decent wages,” Higgins said. “They also have access to health insurance and we’d like it to stay that way.”

She also noted the average one-bedroom apartment costs $2,000 a month in rent in Miami-Dade, while a worker on $10 per hour would make $1,600 a month before taxes.