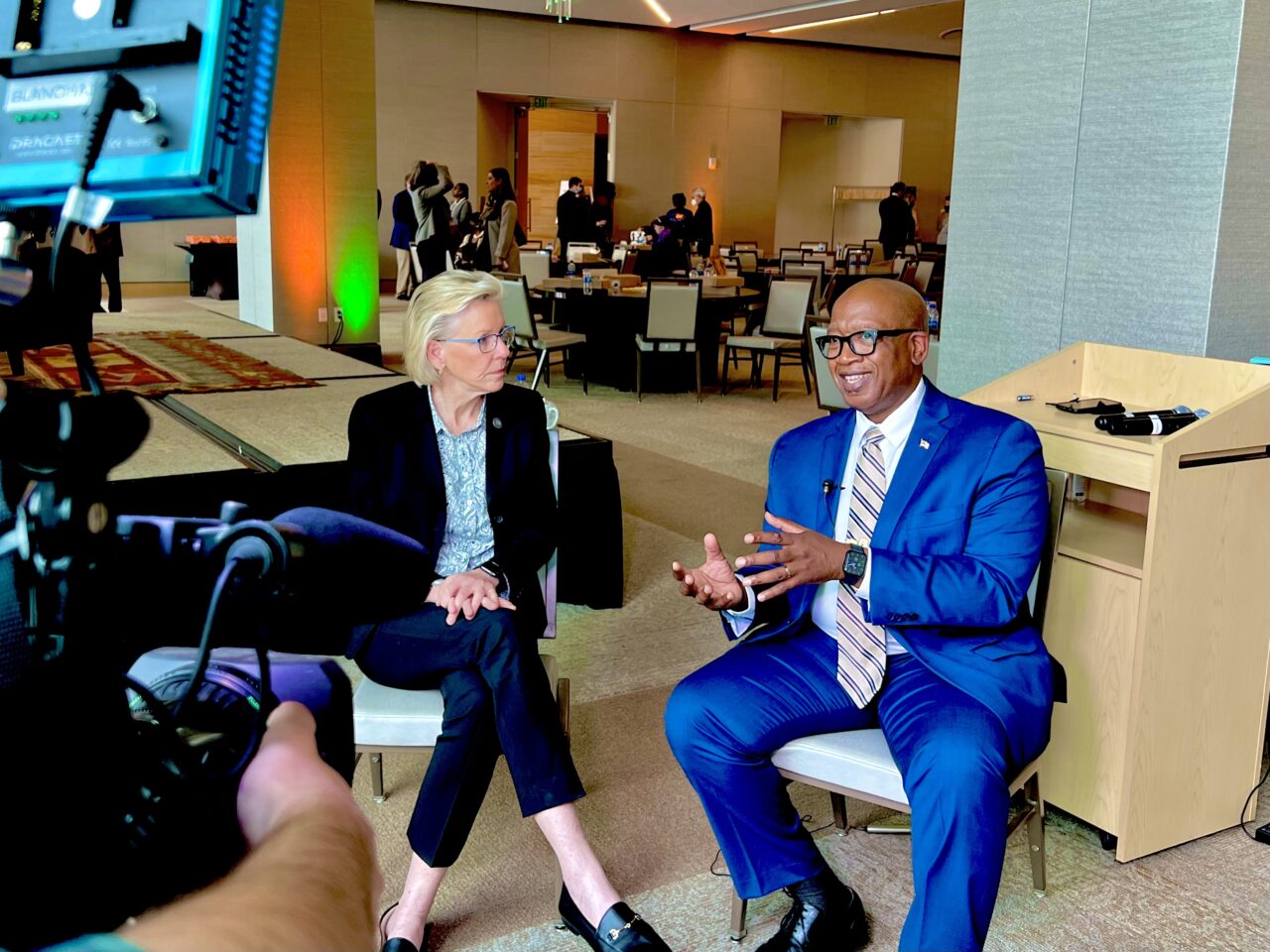 “Absolutely not,” Castor said when asked if she would direct police to enforce a new law criminalizing distribution of food or water to people waiting in line to vote. “Just as we wouldn’t have enforced that anti-riot bill that was found unconstitutional.”

Gov. Ron DeSantis signed into law last year new voting legislation that was opposed by all supervisors of elections in Florida’s 67 counties. The law came as Republican-led legislatures around the country looked to change voting laws in the wake of Donald Trump’s lie that the 2020 presidential election was stolen. Before the new law, Florida’s election system was seen as a model for the nation.

The two mayors of Tampa Bay’s biggest cities spoke during the Tiger Bay Club’s annual State of the Bay event.

“We’re on this march to undermine local authority and home rule,” Welch added. “That really needs to stop because you’re impacting the public.”

The mayors said the new election law, last year’s HB 1 anti-riot bill, and SB 620 — which was recently passed by the Senate — are looking for solutions to problems that don’t exist.

SB 620, sponsored by Republican Sen. Travis Hutson, would allow businesses to sue local governments for damages if a new ordinance results in a 15% loss of income or more.

Castor said the bill would “hamstring” any local community from regulating businesses at all and Welch noted the bill could prevent governments from protecting their own communities.

“You can have a legislative body look at an issue like water quality and say, ‘Look, we need to have a fertilizer ordinance that regulates when that is sold so we don’t get fertilizer in our waterways.’ And then we have to pay those companies who can’t sell that fertilizer during that period. That’s what this bill would do,” Welch said. “It is overreach and it is not needed.”

The two mayors also came together on the idea of regionality.

Castor said she promotes Tampa Bay over the city of Tampa. She added the region needs to speak with “one voice” in order to be recognized by Tallahassee the way other regions have.

“If you look at some of the funding that has gone to South Florida, the main reason for that is because they spoke in one voice,” Castor said. “And the Tampa Bay area has not done that, in my personal opinion, has not done that to the level that we should.”

While the mayors agreed in creating regional transportation and putting a new convention center in St. Petersburg, they split on a number of areas as well.

They also split on the future of water.

Castor is backing a Tampa plan to convert wastewater into potable water. The project likely comes with a price tag well into the billions of dollars. But as water issues mount, governments are starting to look at creative ways to keep taps flowing.

Welch said converting wastewater should be eyed as more of a last resort. He said St. Pete isn’t at the critical place it would need to be for that to be an option, and more research needs to be done. Castor agreed that the situation might not be that dire just yet. But she said any solution could take a decade to set up, meaning the time to invest in solutions is now.

“As a region, we need to be having those conversations and coming up with those solutions and being a leader in this area,” she said. “I feel that those that are against any of these solid proposals are going to be on the wrong side of history.”

But there’s one area in which compromise is not possible — which city will house the Tampa Bay Rays.

The MLB recently shut down the idea of a split season with home games played in both Florida and Montreal. And both cities continue to court the team.

“I think St. Petersburg deserves a final at-bat,” Welch said. “And whether it is Tropicana Field or a waterfront ballpark, which I think would be iconic and unmatched — I think we need to take that shot.”

Tampa is eyeing an Ybor City stadium. But whoever gets the team, Castor said it’s important the Rays stay in the Bay area.

“It gives you an opportunity to show your community on a world stage. But also, it has that ability to bring your community together like few other events can,” Castor said. “There is a great deal of value in sporting franchises, museums, cultural aspects, everything that attracts businesses, young professionals (and) families.”

previousEarly poll of 2024: Ron DeSantis vs. Kamala Harris too close to call

nextA top candidate for the U.S. Supreme Court has roots in Miami