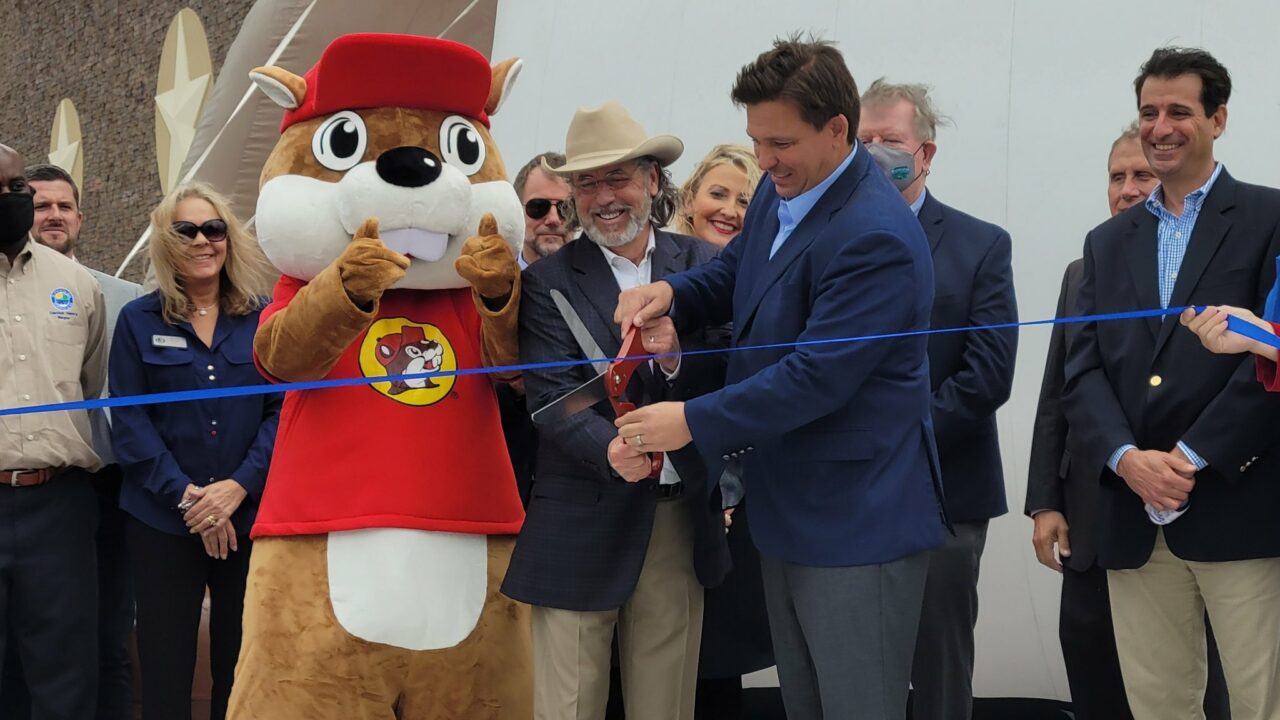 Gov. Ron DeSantis wants a $1 billion gas tax cut, but it's not included in the House budget plan.

Gov. Ron DeSantis’ push to cut the state gas tax isn’t part of the House’s transportation and economic development budget proposal released Wednesday, and his request for a $100 million grant fund to dole out to infrastructure and job training projects was reduced to $25 million.

The Senate plan released later in the day doesn’t include either the gas tax cut nor any funds for the Job Growth Grant Fund, but both issues could be addressed later in budget talks between the chambers using federal stimulus funds.

The House Infrastructure & Tourism Appropriations Subcommittee unveiled its initial budget plan, which totals $15.6 billion. Most of that, about $10.8 billion, will go to the Department of Transportation’s work program. The budget plan shows the money coming from trust funds, including from gas taxes.

DeSantis wants a five-month moratorium on the gas tax, which is about 25 cents per gallon, starting July 1, the first day of the next fiscal year. It’s a major plank of his agenda as he heads into a re-election campaign and has argued it’s needed to counteract the inflation experienced throughout the country and in Florida.

“Gas prices have been rising due to inflationary pressures from bad federal policies, so we here in Florida need to step up and provide relief to our citizens,” DeSantis said in November when he floated the plan.

The cut would amount to $1 billion, but DeSantis said federal stimulus funding would replace the lost revenue, so Florida transportation projects wouldn’t face cuts. But that’s not included in the House or Senate budget plans, at least at this stage in the budget process. Both plans use the full gas tax to help pay for the transportation work program. The Senate’s version spends $10.8 billion for the work program too.

DeSantis is also requesting $100 million for his Job Growth Grant Fund, which allows him to issue grants to road projects and targeted job training programs. The fund received $50 million in the current budget, but the House plan would cut it to $25 million.

The Senate plan doesn’t include any money for the grant fund, but Senate staffers noted DeSantis’ proposal uses federal stimulus funds to pay for the program, which will be appropriated by the full budget committee when the complete budget is unveiled later in Session.

Other pieces of the House plan include $150 million to develop an IT system for the state’s unemployment system, which experienced long delays when it was inundated with claims in the early months after the COVID-19 pandemic hit in March 2020. The Senate doesn’t include that provision in its plan.

There’s also $33.5 million for incentive payments to businesses to expand or relocate to Florida compared to $36.3 million in the Senate proposal.

VISIT FLORIDA, the tourism marketing group, would receive $50 million under both the House and Senate plans, the same as the current year.

The House included $20 million in bonuses for law enforcement officers, part of an effort to recruit and retain more police to the state, another large piece of DeSantis’ legislative agenda. The money, though, is contingent on the passage of HB 3, the House’s package that provides $5,000 to new police officers in Florida, covers tuition and fees for police academy training for new recruits, and reimburses $1,000 of training costs for out-of-state police officers who move to Florida to work. All were part of DeSantis’ proposal.

The Senate doesn’t have a companion bill to HB 3, and there isn’t a specific line item for it in the proposal released Wednesday, but the chamber could also use federal money to address the issue later in the budget process.

The House and Senate plans also set aside $1.16 million to set up a new office of election crimes and security, something DeSantis also pushed for as part of his proposal to crack down on election fraud. The money would fund 15 employees, far short of the 52 employees, including 20 sworn officers DeSantis is requesting.

previous'Flipping this seat': Duval GOP all in on Nick Howland City Council campaign