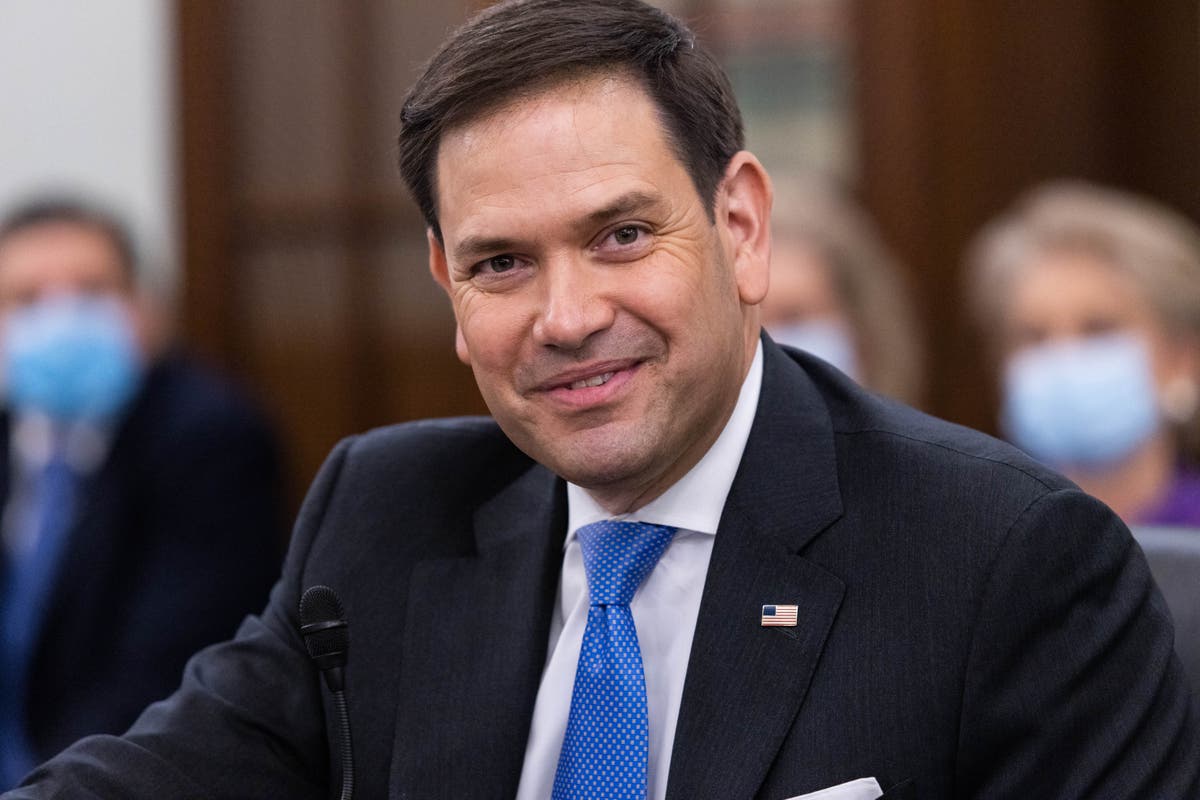 Rubio joined other GOP senators to remind Carlson what it means actually to be in the arena.

The world waits with chewed fingernails for Russia’s next move in the Ukraine situation, but have no fear. Fox News Commentator Tucker Carlson assured his vast audience that he knows how to handle the tense situation.

His solution: It’s none of our business if Russia pulverizes Ukraine, no biggie.

Empathy is not his strong suit.

Normally, Tucker’s tantrums and name-calling can be enough to make many Republican politicians see it his way. But guess what? Several GOP senators, including Florida’s Marco Rubio, reminded Carlson what it means to actually be in the arena.

“I don’t agree with those views,” Rubio, the top Republican on the Senate Intelligence Committee, said in POLITICO.

“[It’s] the U.S. interest not just in Europe but around the world in not having countries decide, ‘That belongs to us, we’re going to go ahead and take it.'”

In other words, Rubio is a U.S. Senator dealing with real-world issues. Carlson is not.

Rubio has been consistent on this issue.

In December, he joined seven GOP senators in introducing a bill to support Ukraine’s sovereignty.

And in January, he introduced another bill that directly targeted Russian President Vladimir Putin.

“The bill would, for the first time, impose sanctions on Putin himself, and on the sectors of the Russian economy his regime depends on to personally enrich itself,” he wrote. “Critically, this bill would not be dependent on President (Joe) Biden to decide what constitutes an incursion into Ukraine.”

Now, I will defend Carlson’s right to his opinion on just about anything, even if I believe he’s a blithering idiot — which I do. But we know we can’t ignore Fox’s outsized influence among conservatives. When Republican lawmakers push back on him, it’s news.

Several lawmakers reported receiving messages from constituents that roughly said, “Hey, Tucker says let Russia have Ukraine. So, let ’em have it because, after all, who cares?”

I wish they had pushed back when that carnival barker let loose with a racist rant about President Biden’s vow to nominate a Black woman to the U.S. Supreme Court.

“So, Joe Biden confirmed today what we already knew: Our next Supreme Court justice will not be chosen on the basis of legal acumen, intelligence, wise judgment or fealty to the Constitution of the United States,” Carlson said on air. “Biden believes those are outdated Eurocentric criteria. In this country, equity trumps competence. What matters, Joe Biden explained, is sex and skin color.”

What seems to matter to Tucker is stoking racial stereotypes. I guess he assumes Biden’s nominee won’t keep up intellectually with her SCOTUS colleagues. How about condemning that line of garbage, Fox-watchers?

Back on point, Rubio could find himself at the forefront of a showdown with the Donald Trump wing of the GOP. Trump, remember, believed he and Putin were BFFs, and many Republicans followed in lockstep.

Let’s not forget what Fox’s lawyers think of their lad. In a slander case against him, a federal judge agreed, “Fox persuasively argues, that given Mr. Carlson’s reputation, any reasonable viewer ‘arrive(s) with an appropriate amount of skepticism’ about the statement he makes.”

Translation: He is not a serious human, although he always looks mad about something.

Say what you will about Rubio, he is passionate about America’s role in defending against authoritarian regimes. That’s why it’s noteworthy when he and others stand up to a big mouth with a bigger microphone.