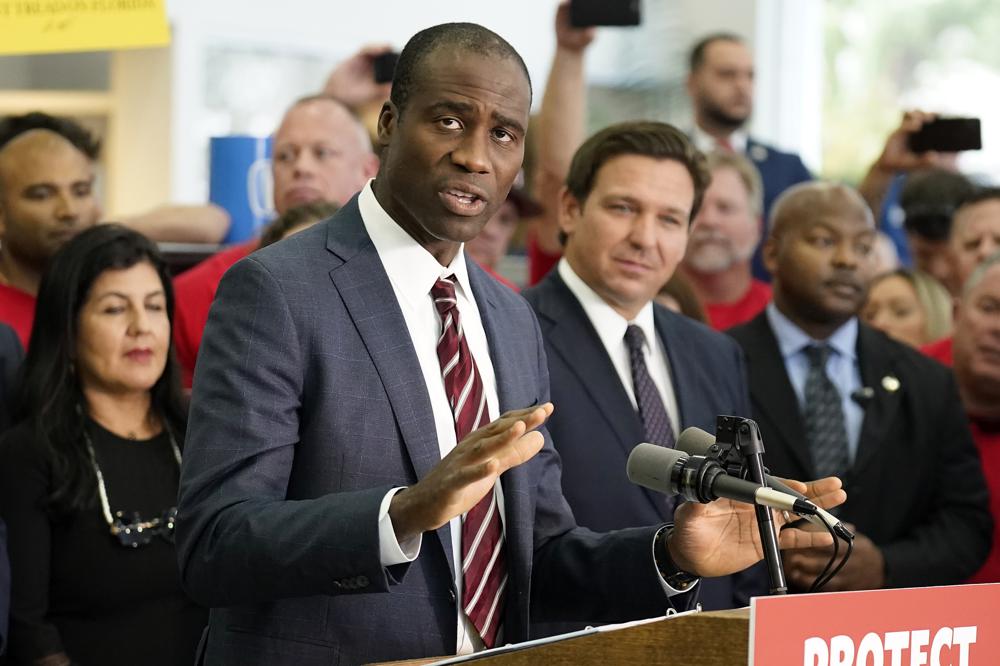 Joseph Ladapo said that was a matter of medical privacy.

Florida Surgeon General Dr. Joseph Ladapo on Tuesday declined to disclose whether he has received a coronavirus vaccine during a contentious confirmation hearing where Democrats pressed the state’s top doctor to promote the shots.

Ladapo, appointed in September by Republican Gov. Ron DeSantis, has attracted national scrutiny over his close alignment with the Governor in opposing COVID-19 vaccine mandates and other health policies embraced by the federal government.

On Tuesday, Democrats grew visibly frustrated with Ladapo, accusing him of evading questions and endangering public health through what they described as a laissez-faire approach to vaccines.

“It certainly seems like there has been a lot of questions about vaccines and there is some equivocation on your part. Is there a reason why you just can’t come out and say that you believe vaccines are a very important step for prevention,” asked Sen. Tina Polsky, a Democrat, pushing Ladapo to reveal his own vaccination status.

Ladapo would not disclose if he has been vaccinated, saying that is private medical information. He also said that “with the vaccines, as time goes by, the protection from infection declines” but “unfortunately, there’s been little discussion about this.” The surgeon general has previously said the vaccines provide high effectiveness for the prevention of hospitalization and death.

“I personally believe that people can make their decisions for themselves with information and I think that in some ways they probably make decisions that they’re more comfortable with if elements like coercion or misrepresentation of data or hiding of data are not part of the process,” he said.

The back-and-forth between Ladapo and Polsky comes months after the surgeon general was asked to leave a meeting at Polsky’s office for refusing to wear a mask. She had told him she had a serious medical condition and later said she had breast cancer. Ladapo released a statement that said he was “saddened” by the news of her illness and wished her “blessings and strength.”

Republicans in the Senate Committee on Ethics and Elections eventually approved Ladapo’s confirmation after the series of questions from Democrats. Ladapo must now receive approval from the full Senate before he is officially confirmed.

Late last month, during Ladapo’s first confirmation hearing, Democrats in the Senate Committee on Health Policy abruptly stormed out of the room before casting their votes, accusing Ladapo of dodging questions on the state’s coronavirus response.

previousSixty Days for 2.8.22 — A prime-time look at the 2022 Legislative Session