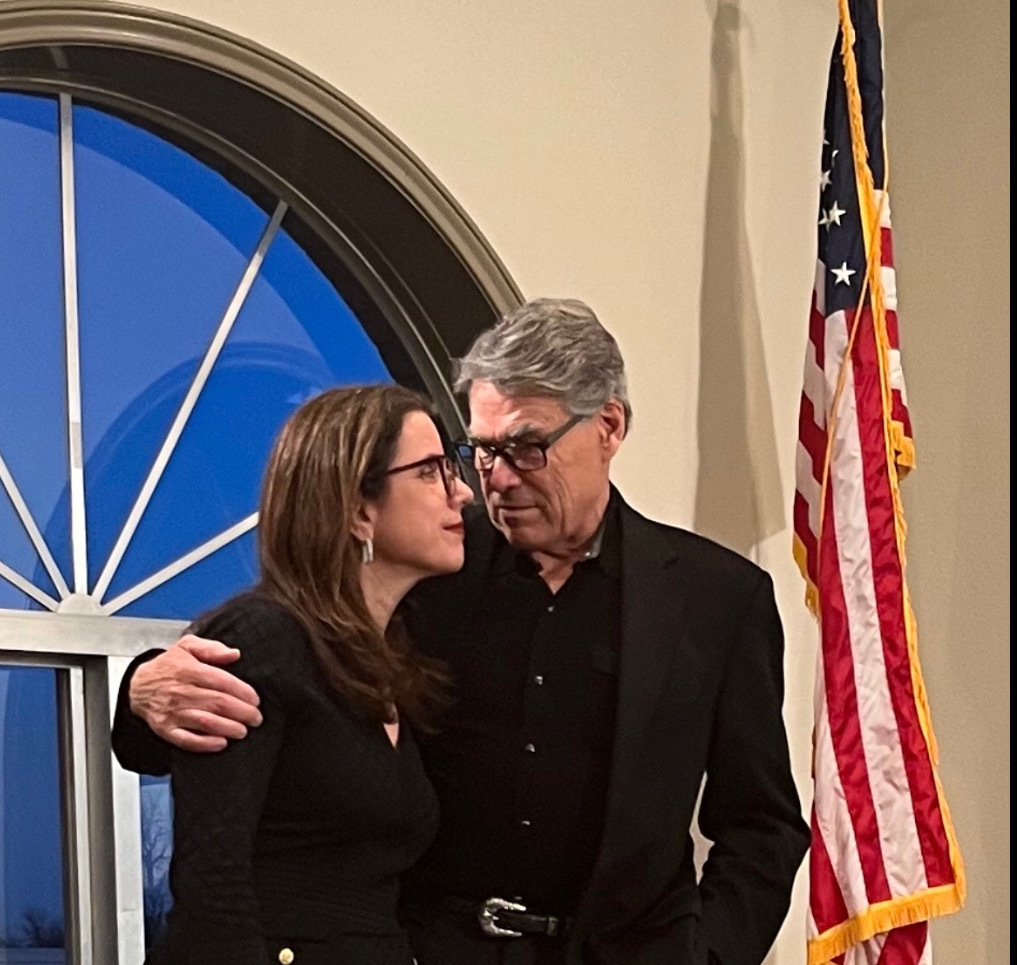 For the second time in less than a decade, a former Texas Governor and Donald Trump Cabinet member is weighing in on the Jacksonville mayoral race with support this time for a sitting City Council member.

Rick Perry was the headliner at a Houston fundraiser Wednesday evening in support of JAX First, the political committee of potential candidate LeAnna Gutierrez Cumber.

Perry endorsed current Mayor Lenny Curry during the 2015 race. In this instance, however, he is weighing in months earlier in the cycle than he did when Curry ran. And he is doing so even before Cumber officially files, in what is the latest indication that her candidacy will be boosted by national support.

Perry’s evening event was hosted by Ambassador Sada Cumber, who is the potential candidate’s husband’s uncle. He was appointed by former President George W. Bush as the first U.S. ambassador to the Organization of the Islamic Conference.

Additionally, LeAnna Cumber had a luncheon earlier in the day in Houston, where other alums of the second Bush administration attended.

Eduardo Aguirre, one co-host, was U.S. Ambassador to Spain. Fred Zeidman is Chair Emeritus of the United States Holocaust Memorial Council. Zeidman serves on the Board of the Republican Jewish Coalition.

Fundraising expectations for the trip were significant, with more than $100,000 expected between the two events. That’s the latest sign that the Jacksonville mayoral race will be an expensive affair.

Cumber’s political committee fundraising has been a lead story in recent months.

Cumber will report just over $165,000 in new money in January raised to her state-level JAX First political committee. That will put the committee at over $1.8 million raised since its inception in September 2021, and continues a trend of robust fundraising for the committee. The slowest month was December, where the committee raised just over $147,000.

Cumber’s committee fundraising is good for second place in the field of potential candidates, though she has ground to make up on the frontrunner, who is also a Republican.

Building a Better Economy, the political committee of Jacksonville Chamber of Commerce Chair Daniel Davis, raised $368,700 in January from regional and statewide donors. The committee has $3.5 million on hand.

Official candidates in the race have struggled to match these pre-candidates.

Democrat Donna Deegan closed 2021 with roughly $310,000 banked between her Donna for Duval political committee and her campaign account.

Republican Al Ferraro, a City Council member, closed the year with a little less than $170,000 on hand.

We await fresh accounting from both.

Independent candidate Omega Allen, who has run in the last two mayoral elections, had about $5,000 on hand at the end of January, with $1,700 of that raised last month.

Nearly $6 million has been raised for this race already, with qualifying not until January 2023. Last year, Council member Matt Carlucci signaled how expensive the race will be when bowed out of a mayoral bid and opted to run for re-election instead, despite his own substantial fundraising.

Expect that the field will expand. State Sen. Audrey Gibson is looking at a potential campaign, which could only launch after the Legislative Session ends in March. Other Democrats likewise could emerge in the next few months.

nextSunburn — The morning read of what’s hot in Florida politics — 2.10.22