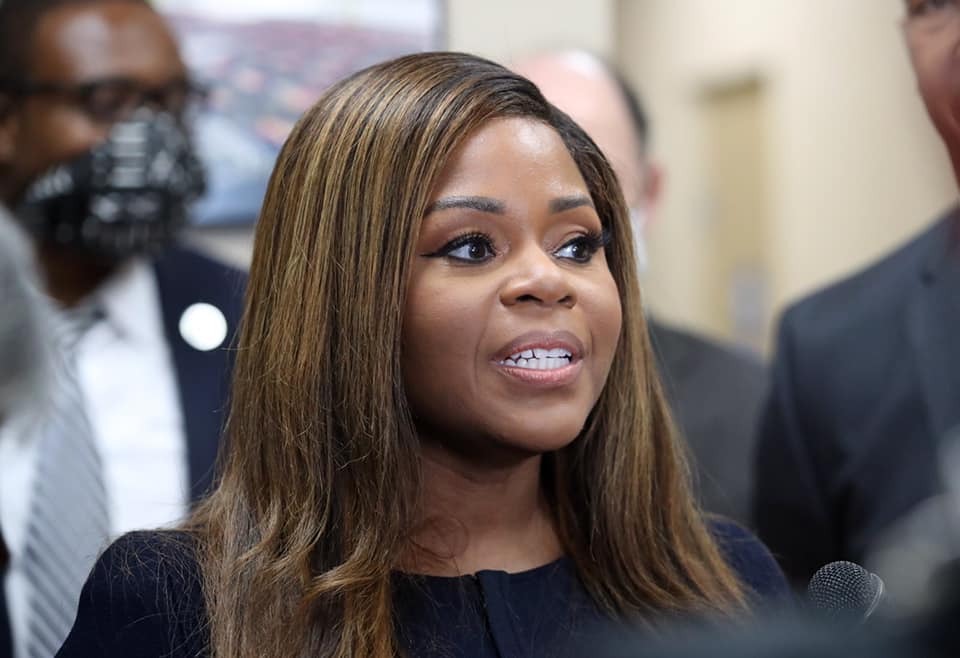 The report covering the campaign’s financial activity from Dec. 23 to Jan. 31 came out 30 days after Cherfilus-McCormick won an overwhelming victory in the Jan. 11 Special General Election.

The report shows the health care executive is playing on a different level than her closest competitor in the money race, Former Broward Commissioner Dale Holness lost to her in the Nov. 2 Special Democratic Primary by just five votes and seems to be primed for a rematch. Holness has $104,000 cash on hand as compared to Cherfilus-McCormick’s $1.3 million, counting a $40,000 loan he made to his campaign.

In addition to Holness, Cherfilus-McCormick could also be facing Republican Vic DeGrammont in the General Election. Records show he refiled paperwork with the state to run, but no such statement of candidacy shows on the Federal Elections Commission site. Also, Democrat Pradel Vilme has not filed another statement of candidacy for 2022, but he has filed a report on his committee’s campaign finances for the fourth quarter of 2021. DeGrammont has $1,685 cash on hand for his campaign; Vilme, $48,452.

Cherfilus-McCormick’s report to the FEC shows that marquee Florida Democrats fell into her camp following her Primary Election victory. The death of Rep. Alcee Hastings in office last April produced a scramble to succeed him among Democrats. Cherfilus-McCormick competed against 10 other Democrats in the Special Primary on Nov. 2, with Holness coming in second and another Broward County Commissioner, Barbara Sharief, coming in third.

The Progressive Turnout Project in Chicago contributed $5,000, her biggest single donation during the period covering Dec. 23 to Jan. 31. She received $8,700 from three Florida Crystals’ executives and their wives.

She received a total of $172,666 in the period that the report covers.

The report shows the total Cherfilus-McCormick put into self-funding her win: nearly $6 million. Of that amount, reports show that $2 million has been repaid.

Cherfilus-McCormick handily won the Jan. 11 General Election in the district that leans heavily Democratic. She garnered 79% of the vote against Republican Jason Mariner, Libertarian Mike ter Maat and two candidates with no party affiliation, Jim Flynn and Leonard Serrato.

The FEC report shows that Cherfilus-McCormick’s campaign spent $213,186 during this period from Dec. 23 to Jan. 31, including a $5,000 donation to the Broward Democratic Party. HKS Consulting in Miramar got the biggest check during this period, with $13,00 paying for signs.

CD 20 spans Broward and Palm Beach counties, drawing in neighborhoods around West Palm Beach, Fort Lauderdale and Black neighborhoods in the western part of those counties. It is not known how redistricting will affect the makeup of the district, however.

previousReal records request or retaliation: How a French entrepreneur and a fake Facebook profile are shaking up Tampa's City Council