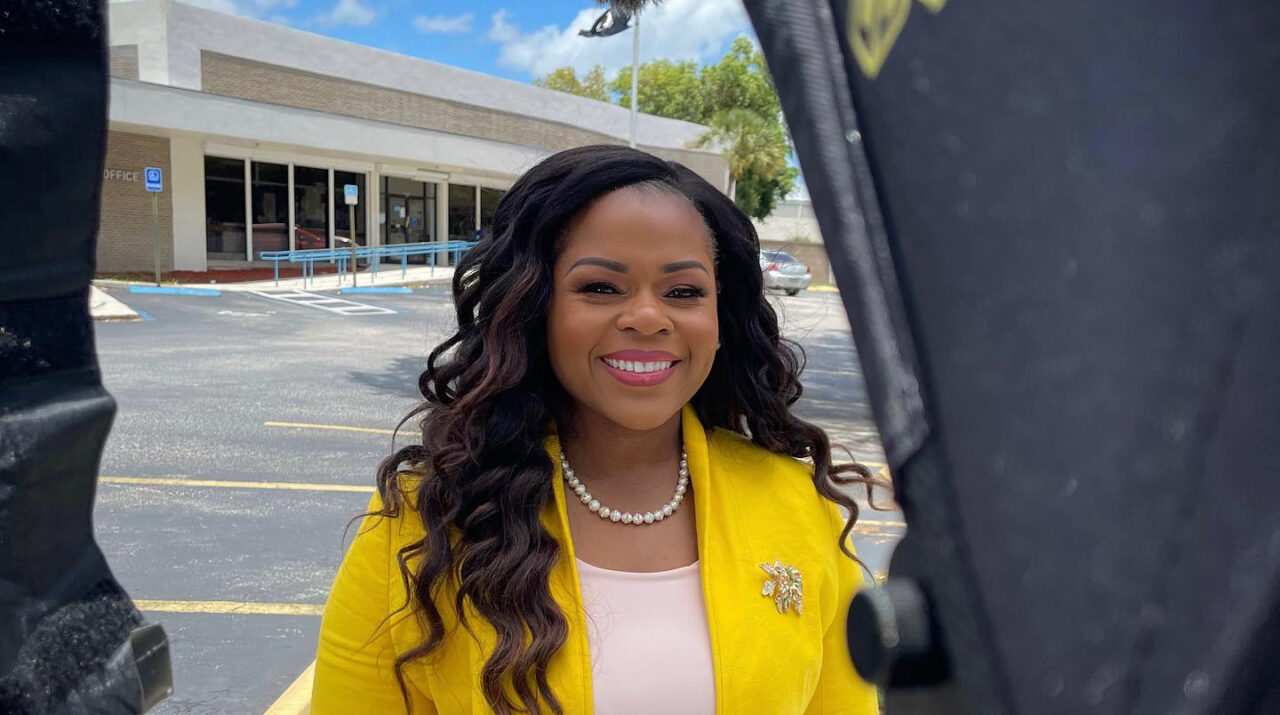 Democratic candidate Sheila Cherfilus-McCormick has won the Special General Election in Florida’s 20th Congressional District. She will fill a seat that sat open for more than nine months and will give House Democrats another vote to work with in their narrow majority.

Cherfilus-McCormick entered Tuesday as the presumptive successor to the late Rep. Alcee Hastings. Hastings died in April after a cancer battle, triggering a Special Election to replace the giant Florida political figure.

Cherfilus-McCormick battled four other candidates Tuesday in the CD 20 contest. Republican Jason Mariner and Libertarian Mike ter Maat were on the ballot, as were two candidates with no party affiliation: Jim Flynn and Leonard Serratore.

According to Tuesday’s unofficial results, Cherfilus-McCormick earned 79% of the vote. Mariner finished second with 19% support. No other candidate eclipsed the 1% mark.

“Congratulations to Sheila Cherfilus-McCormick on her resounding victory in South Florida this evening,” Maloney said. “I look forward to welcoming Rep.-elect Cherfilus-McCormick to Congress and working alongside her as we continue to build on the important work Democrats are doing to create a better economy for every American.”

Cherfilus-McCormick is the CEO of Trinity Health Care Services, a home health care company. She largely self-funded her way to a win in November’s crowded Primary Election. Cherfilus-McCormick ended atop the field of 11 candidates, defeating Broward County Commissioner Dale Holness by a mere five votes.

That narrow margin pushed the race to a hand and machine recount, which verified Cherfilus-McCormick’s slim win. Those five votes were enough to give Cherfilus-McCormick the nomination and, with Tuesday’s win, a seat in Congress.

Though the seat currently leans strongly Democratic, it’s unclear how the decennial redistricting process will change the district’s makeup. Tuesday’s matchup took place under the current boundaries, which stretch across portions of Broward and Palm Beach counties, spanning several majority-Black areas near major cities such as Fort Lauderdale and West Palm Beach.

Cherfilus-McCormick will have to defend the seat later this year as part of the normal House election cycle. Those later contests will be held under the newly drawn maps. The congressional map has not yet been finalized. Holness has already filed for a Democratic Primary rematch after the narrow loss in November.

Mariner also had to get through a Primary Election contest to make it to the ballot Tuesday. He defeated Greg Musselwhite in November, earning the GOP nod.