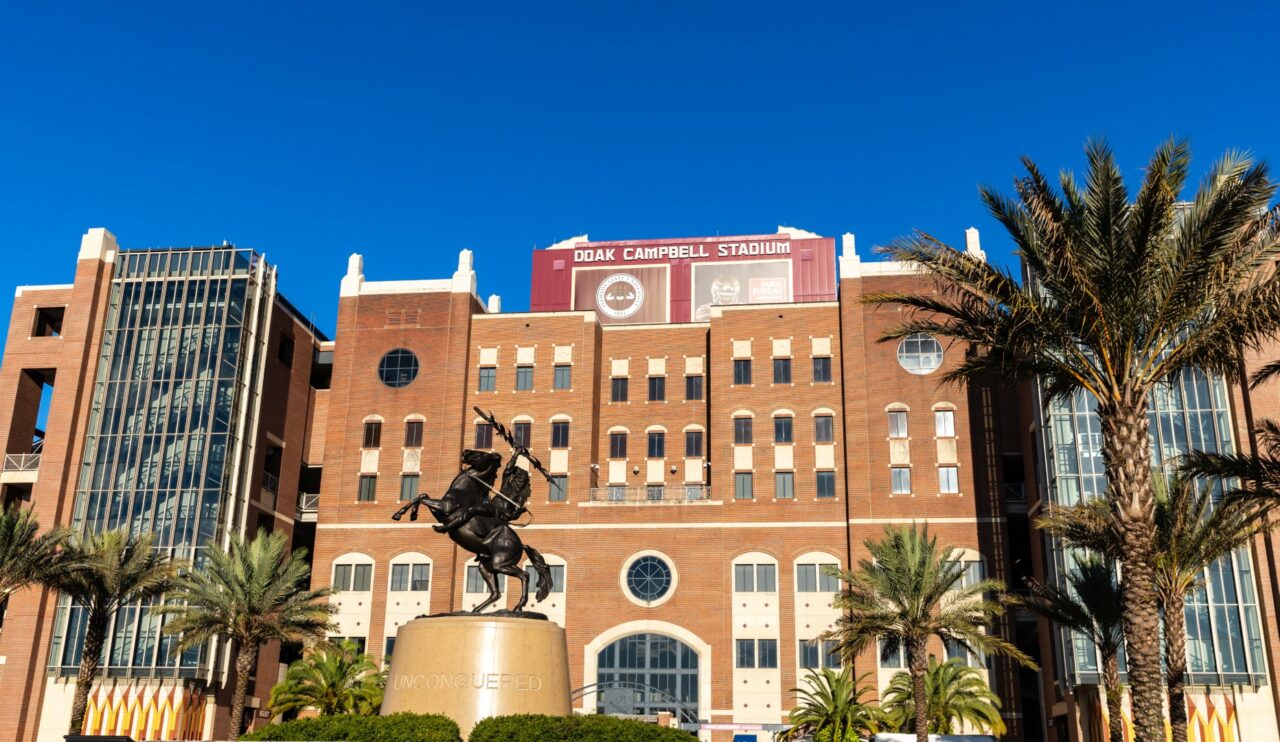 The resolution comes after Tallahassee Mayor John Dailey received over $20,000 from donors connected to FSU in January.

The board, which contains Leon County and Tallahassee City Commissioners, is one step away from finalizing a $27 million allocation to FSU to help fund repairs of Doak Campbell Stadium. The resolution was sparked after reports that one board member received more than $20,000 from donors connected to FSU in January, ahead of the last vote on the issue later this month.

Florida Politics confirmed the figures using local campaign finance records. The donations included $9,000 connected to five members of FSU’s Board of Trustees, $8,000 from people with ties to the Seminole Boosters, and $6,050 connected with FSU orgs like the FSU Foundation.

Dailey made the motion to move forward the bonding process with the funding during the board’s Dec. 10 meeting. He has backed the allocation since it began working through the process almost a year ago.

The committee resolution reads: “In light of recent news, the Leon County Democratic Executive Committee resolves that all campaign contributions to elected officials and voting members of the Blueprint Intergovernmental Agency or any public commission from persons currently or formerly affiliated with Florida State University leadership or leadership of its affiliates, including but not limited to the FSU Alumni Association, FSU Foundation, and Seminole Boosters, Inc. as well as anyone who may benefit from the decisions of the Blueprint Intergovernmental Agency be returned or rejected in effort to maintain public trust.”

While the resolution does not name Dailey directly, the money he received was the focus of the committee’s conversation about passing it.

Steven Broadway, the corresponding secretary of the Leon County Democratic Party, drafted the resolution. He said he thought Dailey’s actions were improper and unethical.

“I believe we should broadly stand against this type of what seems to be favoritism to specific donors,” Broadway said. “It really undermines the interest of the public, accepting campaign contributions (of) a large amount of money, and then weighing in on a vote.”

Steve Been, the executive committee’s compliance officer, opposed the committee weighing in because Dailey accepting those donations is not illegal and he believes it is not necessarily a sign of ill intentions.

“It looks insidious,” Been said. “But it is also possible that Dailey genuinely believes that this is a great use of Blueprint money. And he wants to do it for the best of reasons. And people connected to FSU see that he’s a champion for helping them in this way, and therefore they’re trying to help him and that he’s done nothing wrong.”

Will Crowley said the committee should make the resolution because of the “black eye” the city has after the public corruption cases surrounding former City Commissioner Scott Maddox.

“I think that legality is kind of a low barrier, and not one that would be good enough for me. When I think about the things that have been done in the name of the law, I shudder to think of some of them,” Crowley said.

Broadway agreed that the Maddox case changes how situations with money in local politics appear.

“It is unfortunate that, in order to avoid a Scott Maddox situation, we have to take action against unethical behavior as it presents itself,” he said.

Monica O’Neal, a precinct committee person, pushed back against that characterization of the situation.

“What he (Maddox) did were decisions he made solely to Scott Maddox,” O’Neal said. “To say that some other person doing something that is not illegal is going to somehow amount to what Scott Maddox did, I think that’s not exactly true, or even in the realm of that.”

O’Neal added she thinks statements issued by the committee calling out local officials seem only to target certain people. The committee voted to censure the Greater Tallahassee Chamber of Commerce, TPD Chief Lawrence Revell, and State Attorney Jack Campbell last year after public sparring over Matlow’s decision to boycott the Chamber’s annual conference, according to the Tallahassee Democrat.

“We’re not here to be on a witch hunt for specific people that we don’t like,” she said. “I do get the feeling, looking at every time we do one of these things, it’s about certain people. But then I’ve heard things about other people, and we’ve never done anything. So we really need to be careful.”

Broadway pointed out the resolution does not name Dailey directly, and asked her to bring any concerns she has about other local officials to the committee when she has them. She responded that the timing of the resolution is enough for people to know who it is referring to.

“One person is being outed in the newspaper. No one else is. So you say something like this, it’s going to piggyback off all the other articles. So yes, you are pointing at that one individual,” she said.

In an email blast to supporters that didn’t mention Our Tallahassee by name, the campaign accused the website of “manufacturing scandals”, according to the Tallahassee Democrat.

“They’re using dark money to attack me, my family and my supporters,” Dailey said in the email. “They’re already spending thousands of dollars to run ads and spread their propaganda.”

In a statement to Florida Politics about the comments in Dailey’s email, Our Tallahassee Publisher Bob Lotane defended his publication.

“Nobody has questioned our research,” Lotane said. “We reached out to the Mayor and have gotten no response.”

The final vote to approve bonding of the FSU Blueprint funding is on Feb. 24.

nextSunburn — The morning read of what’s hot in Florida politics — 2.16.22