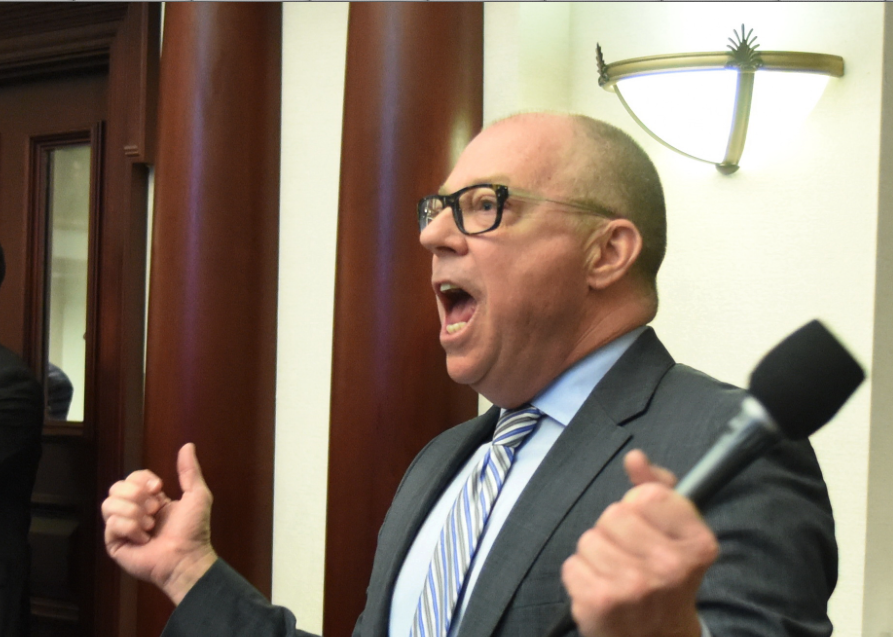 'I am dismayed at what is going on in Tallahassee nowadays.'

Richardson, who became the first openly gay state legislator in Florida history when he was elected to the House in 2012, said he’s running for the House seat representing the remapped House District 106.

There is no incumbent defending HD 106, which runs along the Miami-Dade County coast between Miami Beach and Aventura. But Richardson will face off against Bay Harbor Islands Council member and former Mayor Jordan W. Leonard, and possibly others, in the Democratic Primary. Leonard has raised significant money since originally filing to run in House District 100 and earning the endorsement of outgoing Rep. Joe Geller. But Leonard swapped over to HD 106 due to redistricting.

Richardson cited divisive legislation now moving through the Legislature as inspiration for the move.

“I am dismayed at what is going on in Tallahassee nowadays, including the ‘Don’t Say Gay’ bill,” he said in a Tuesday post to his personal Facebook page. “Maybe it was a coincidence, but during my six years serving in the state Legislature, I can’t think of even one anti-LGBT bill that passed.”

Richardson was referencing a proposal (SB 1834, HB 1557) by Sen. Dennis Baxley of Ocala and Rep. Joe Harding of Levy County, both Republicans, that would closely regulate LGBTQ instruction in classrooms and conversations with younger students. The bills, which would bar such topics in Primary grade levels — pre-K through third grade — are officially titled “Parental Rights in Education.” Critics alleging discrimination dubbed them “Don’t Say Gay” bills.

Both bills have cleared the first of three committees each face before reaching floor vote.

Richardson, who was first elected to the Miami Beach Commission in 2019, first served in the House after running for an open seat representing a newly drawn House District 113.

He won that race in 2012, then earned re-election in 2014 and 2016. In 2018, he launched a bid to succeed Republican U.S. Rep. Ileana Ros-Lehtinen in Florida’s 27th Congressional District. He lost by 4.4 percentage points in the Democratic Primary to Donna Shalala, who went on to win.

Richardson must submit a resignation letter to Miami Beach before qualifying in June. He would then need to resign no later than Election Day, Nov. 8.

As reported by Elaine de Valle of Political Cortadito, who first flagged the announcement, Richardson’s departure from the Miami Beach Commission will be a loss for Mayor Dan Gelber, of whom Richardson is a close ally.

But a loss for Gelber locally could prove a gain in Tallahassee, provided Richardson secures the necessary votes in November.

“My days as a public servant are not over,” Richardson said, “and I think I can make the greatest impact in that arena.”