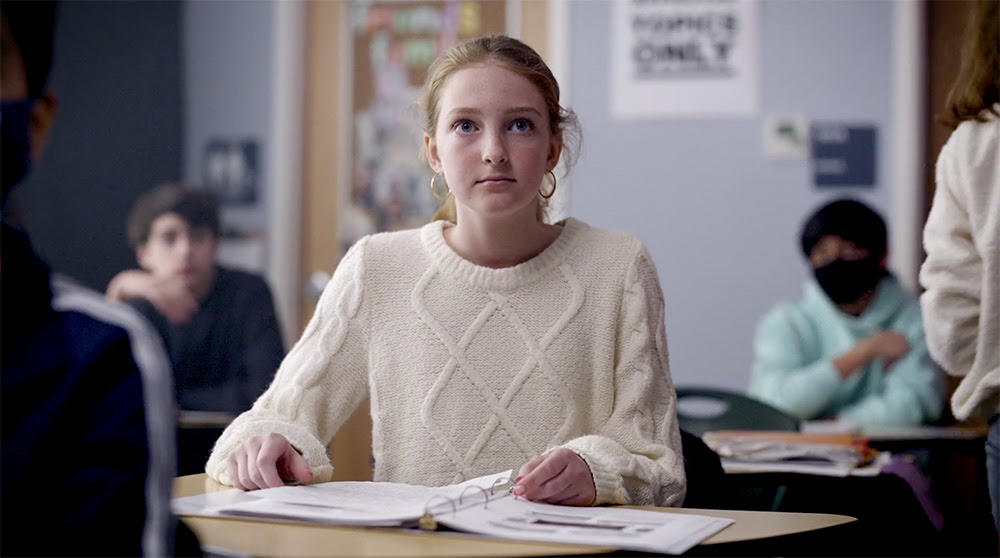 'It is a tool for the state to censor and that encourages lawsuits against schools as a means of intimidation.'

Equality Florida is launching a new, two-part ad campaign to address GOP legislative priorities the group says target — and could potentially harm — marginalized students, including those within the LGBTQ community.

The organization announced the release of the ad campaign Monday morning. The 30-second clips address two pieces of legislation centered around censorship in the classroom. Each has drawn national attention and waves of public opposition.

One proposal (SB 1834, HB 1557), dubbed by critics as the “don’t say gay” bill, would closely regulate LGBTQ instruction in the classroom and conversations with younger students. Both versions of the bill have cleared their first committees in party-line votes, with Republicans voting in support and Democrats siding against.

The legislation, sponsored by Ocala Republican Sen. Dennis Baxley and Levy County Republican Rep. Joe Harding, would ban school districts from “encouraging classroom discussion about sexual orientation or gender identity in primary grade levels or in a manner that is not age-appropriate.” It also would allow parents to sue a school district if such a violation occurred. In presenting the bill, Baxley said it would promote parental rights and prevent schools from advancing “social agendas.”

The other legislation targeted by the ad campaign is SB 148 and HB 7, referred to proponents as an “Individual Freedom” bill, seeks to ban required discussions and lessons in classrooms and workplaces of subjects Republicans contend are meant to “indoctrinate” cultural guilt in students and employees. The bill is a version of anti-woke education and business proposals Gov. Ron DeSantis pitched last fall targeting critical race theory.

The legislation, filed by South Florida Republicans Sen. Manny Diaz Jr. and Rep. Bryan Ávila, would allow people to sue for discrimination if they are made to feel “guilty” or “discomfort” because of training or school lesson.

In the ads, Equality Florida illustrates a dystopian-like classroom branded by censorship tied to the legislation, likening it to a surveillance state. The bills, the group said in a news release, “give the government broad license to censor conversations about American history, the origins of racism and injustice, and the existence of LGBTQ people.”

“Not since the days of Anita Bryant have we seen such craven attempts by a leader to build political power by targeting and demonizing LGBTQ people,” Nadine Smith, Equality Florida executive director, said in a statement. “Gov. DeSantis is pushing legislation to curb free speech, propagandize school curricula and monitor classroom conversations, private workplaces, and doctor’s offices — all in order to outflank Donald Trump to the right and build an on-ramp to run for President in 2024. As a parent of a 10-year-old, these bills fail to protect my child and our family. It is a tool for the state to censor and that encourages lawsuits against schools as a means of intimidation.”

Despite supporters of the bill pointing to parental rights and individual freedoms as the legislative intents, Equality Florida and other advocacy groups worry the bans will slash swaths of American history and society, and have profound impacts on LGBTQ people, especially LGBTQ students who are at substantially higher risk of depression, anxiety and suicidal ideation.

The opposition also has come from the state’s largest parents group, the Florida PTA; child welfare and medical experts; and educators who warn of the chilling effect of the legislation’s vague language.

“While the Governor and GOP leadership invokes ‘parental rights’ as justification for censorship and surveillance, the bills Republican leadership is pushing actually diminish the rights of parents,” Smith continued. “For example, anyone, even someone who doesn’t have a child in schools, is able to object to library books and instructional materials and deny access to every student as a result.”

The production of both ads by Equality Florida is part of a larger strategy to raise alarms about the impacts of the anti-LGBTQ legislation on the desks of Florida lawmakers.

Those efforts include a historic investment in digital ads, mobilization of Floridians to its annual Lobby Days program, a phone bank program aimed at connecting Floridians with legislators and an ad buy on cable television in key media markets urging voters to call lawmakers and ask them to oppose DeSantis’ “Surveillance State” slate of bills.

The first ad has been released on social media and will begin appearing on television screens on Tuesday. The second ad will premiere on Wednesday.

previousSunburn — The morning read of what’s hot in Florida politics — 2.14.22