After more than five hours of debate, the House approved a bill that would create a 15-week abortion ban. The bill (HB 5), modeled after a similar ban in Mississippi, provides no exceptions for rape or incest unless the life of the mother is in danger. In the event of a “fatal fetal abnormality,” a woman seeking an abortion must seek the certification of two doctors. The final vote, as expected, broke along party lines with only two members crossing the aisle — Republican Rep. Rene Plasencia voted against the ban and Democratic Rep. James Bush voted for it. Passage didn’t come without a fight, however futile. Opponents hosted countless rallies and protests, many featuring high-ranking Democratic leaders. Critics packed into committee rooms, paraded on social media and flooded the phone lines of lawmakers. The fate of abortion access is now in the hands of the Republican-controlled Senate, where passage is almost certain. Here’s your nightly rundown.

Better now? Senators amended a key water bill (SB 2508) in an attempt to assuage concerns from critics — including DeSantis.

Tick tock. The Senate passed a bill (SB 736) that would consolidate the period of homeowners could sue over construction defects, setting it at seven years.

Jackpot! The Senate voted overwhelmingly in favor of a bill (HB 159) that would shield lottery winners’ personal information from public record.

Insta-what? With no movement in the House and none for months in the Senate, the future is grim for legislation (SB 480/HB 361) requiring social media literacy training in public schools.

Speedy delivery. A House panel advanced a bill (HB 559) that would expedite temporary work licenses to military spouses who hold an out-of-state certification.

Sleeves up. A bill (HB 1209) that would allow pharmacy technicians to continue administering certain vaccines cleared its second House committee.

Privacy, please. A bill (HB 699) that would keep homeless individuals’ data from becoming public record is heading to the full House for a vote.

Snuff it. Legislation (HB 105) allowing local governments to regulate smoking at city and county parks and beaches is ready for the House floor.

Burying the hatchet. After a sit-down with the House Speaker, Rep. Cord Byrd apologized to Rep. Travaris McCurdy for his ‘unhinged’ outburst.

“What the Governor is doing is trying to show other Republicans across the country that he’s going to be the heir apparent to run for President.” 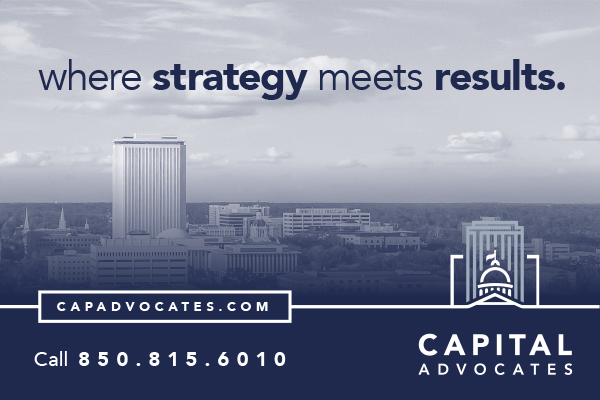 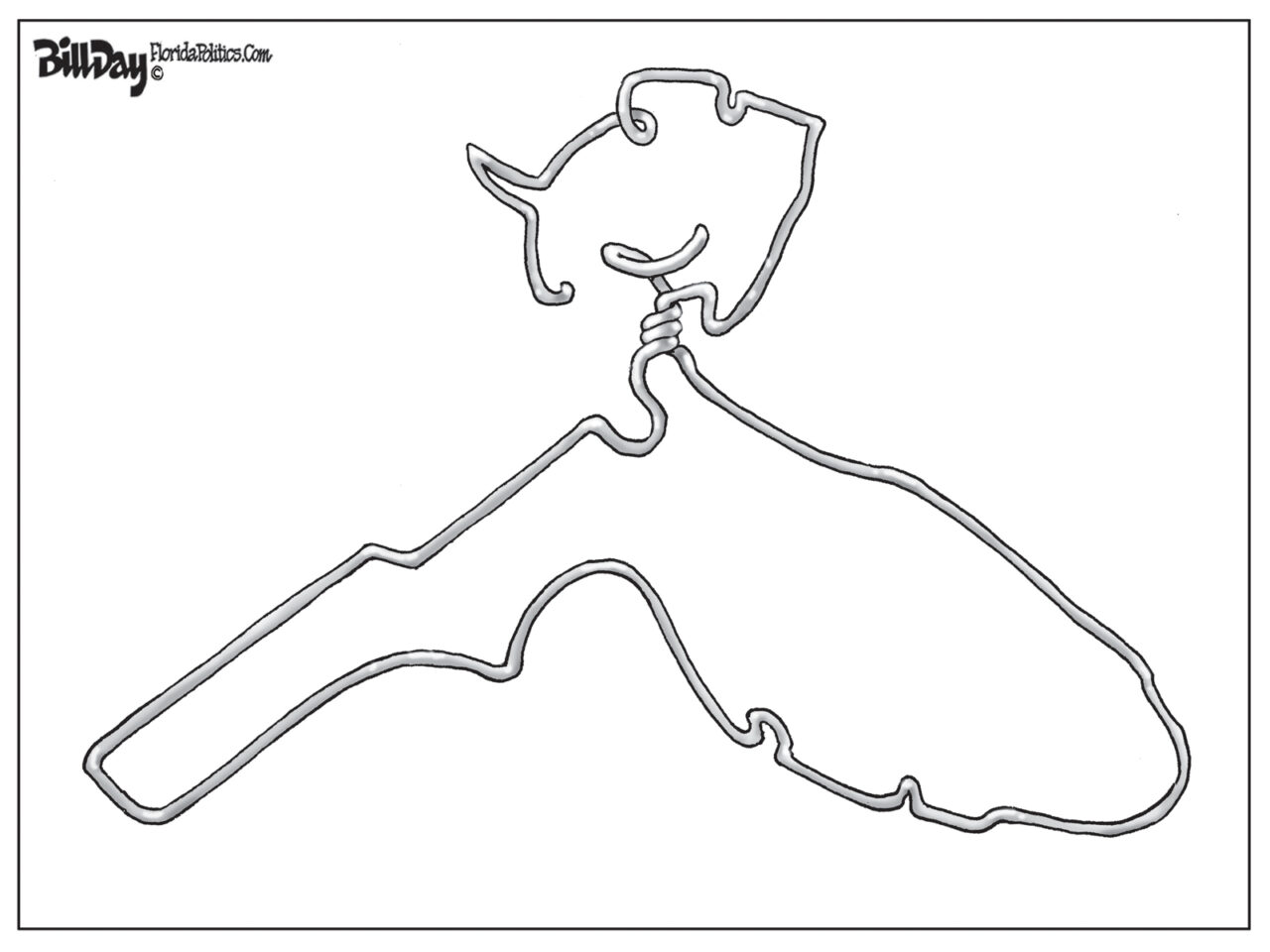 Legislation in the House and Senate (HB 1315/SB 1712) that would task the Department of Veterans Affairs (DVA) with providing suicide prevention training to veteran service organizations passed through their second committees unanimously this week.

Florida Politics spoke with Diamond about how the bill will improve Florida’s support for veterans with mental health challenges, as well as his bill’s bipartisan support.

Q: What gaps currently exist in Florida when it comes to helping veterans struggling with mental health challenges?

Diamond: We know that our veterans are struggling with significant challenges that are unique to their experience of service. Events such as battlefield trauma, long-term injuries, and just the general challenges of the transitions into civilian life. As a result, we’ve seen there’s a significantly higher suicide rate for veterans than for our non-veteran population. As I’ve spent time talking with veterans in our community, and learning about these challenges, it led me to want to dig in and better understand what resources are available to our veterans, and how we can provide better support specifically with regard to these mental health issues.

Q: How does your bill help confront those challenges?

Diamond: How this bill came about is when you speak to people on the phone who are calling with regard to questions about navigating the bureaucracy of government, how to secure benefits, you realize that there’s a lot more going on. There are a lot more significant challenges going on that person is facing than just accessing benefits. We have in our State Department of Veterans Affairs claims examiners whose job is to help veterans navigate our benefit system. And in our counties, we have veteran service officers, they are usually veterans as well. Those two are often the first interaction that a veteran has with the VA and the sort of personal contact that they’re relying on to navigate the bureaucracy. I just started thinking about, you know, what type of training do those individuals have on these issues of mental health and suicide prevention? And the answer is they have some training, but I think it could be significantly improved. And that led me to have discussions with the State Department of Veterans Affairs, and you know, and we worked together on this idea that we would train the folks working in state and local governments to be able to identify those indicators of elevated suicide risk, so that they know they know what to look for, know how to deal with it and know how to provide that sort of emergency crisis assistance. I think that we should be training those people that are interacting with veterans and adding these skills to their toolbox so that they can be another source of support.

Q: Your bill has passed two committees unanimously and its companion is sponsored by a Republican Senator. How likely do you think your bill is to be passed?

Diamond: It’s very hard to get your legislation through this process, but there’s no issue, in my mind, that’s a higher priority for me this session than to see this get done for our veterans. We are all looking for opportunities to honor the service and sacrifice of those people who have served us and I couldn’t be more privileged to be working on this legislation with them. I had the opportunity to work on it with people like Sen. Burgess, and the folks that are running the Department of Veterans Affairs. I think we have an opportunity, this session, to come together to provide some very meaningful support for our veterans in this state. We’ve got one and a half million veterans in Florida. We’ve got the third highest veteran population in the United States. We’ve got some real challenges that we need to address, and the Governor has issued a challenge that we need to make progress in this area of public health and preventing veteran suicide. And I think we’ve got a good start with this legislation to provide a lot more resources, understanding and training to those people that are most often interacting with our veterans on behalf of our government.

Al Balido, Frank Bernardino, Natalie Fausel and Edgar Fernandez represented 51 clients for all or part of 2021, earning just over $2 million in the Legislature and $720,000 in the executive branch.

Quarterly income ranges listed on Anfield’s reports show the firm collected at least $1 million lobbying the Legislature and at least $400,000 lobbying the executive branch last year. The firm could have earned as much as $3 million. 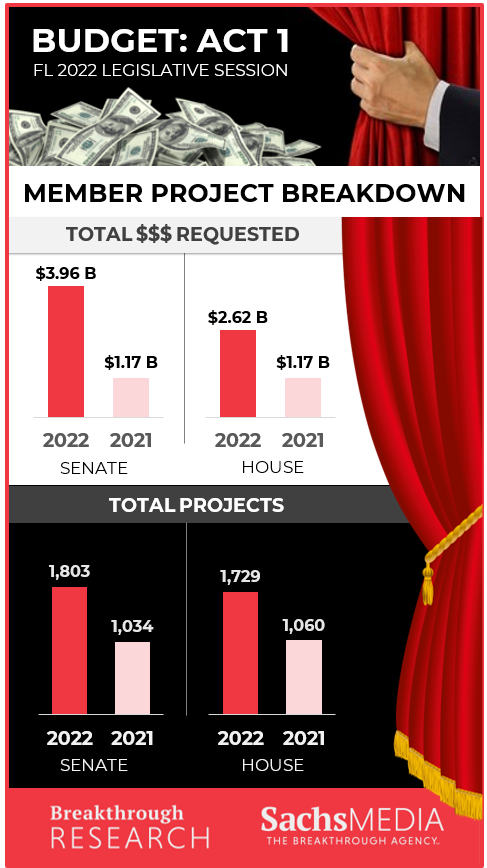