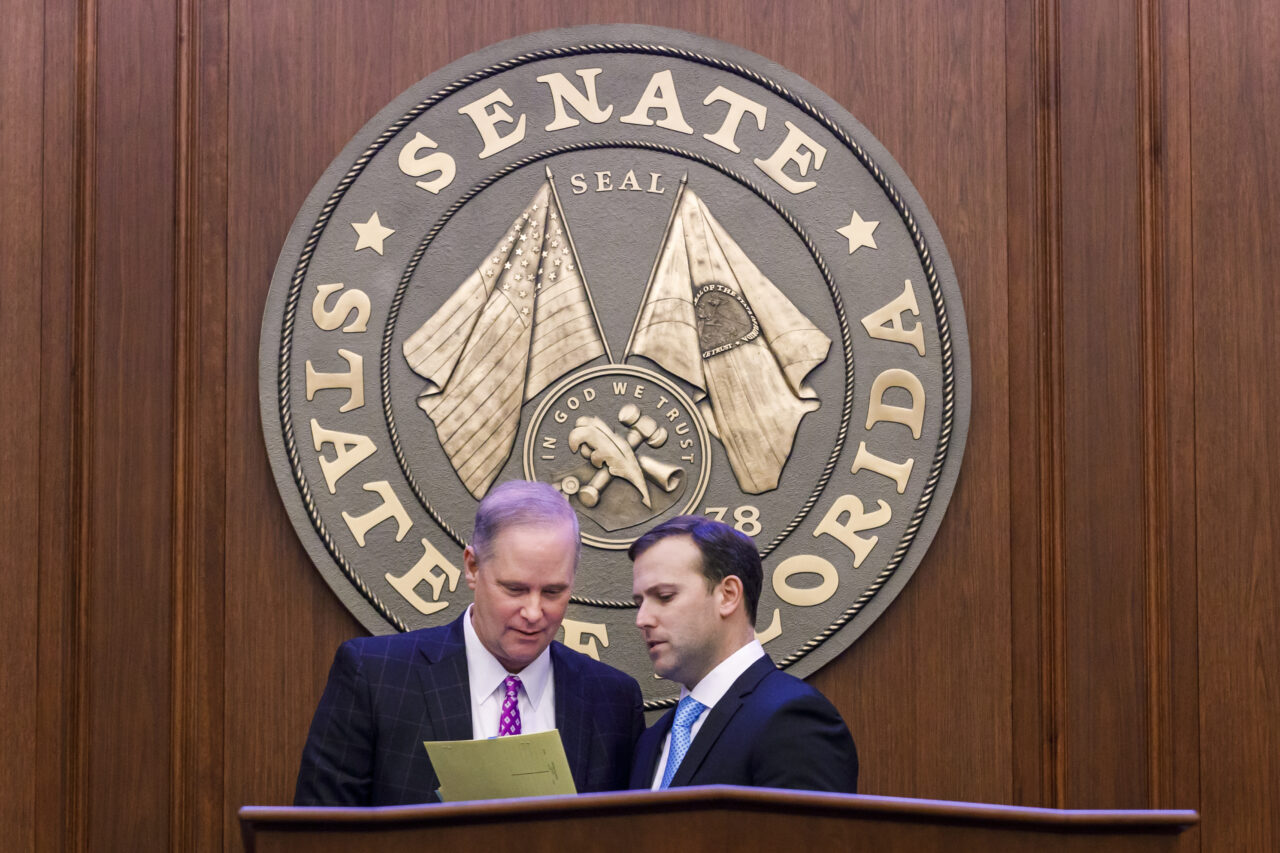 Legislators must have a final budget in place by March 8 in order to end the Legislative Session on time.

The Senate and House passed their preferred budgets this week, with the House’s $105.3 billion version coming in at $3.3 billion less than the Senate’s. That gap will be bridged during conference meetings between the chambers, but beyond the numbers, there are significant policy differences between the sides.

Then there’s Gov. Ron DeSantis’ agenda. Neither chamber included his $1 billion gas tax cut in their spending plans, but that idea could still emerge in conference meetings. DeSantis, though, hasn’t been shy in conveying his displeasure with some bills, including a major water policy bill the Senate has included as part of its budget.

The next step is for legislative leaders to agree on allocations, or top-line dollar figures for how much money can be spent in each budget area. Then formal budget conference meetings can begin. Legislators must have a final budget in place by March 8 to meet the 72-hour “cooling-off period” required by the constitution before voting on the budget, to end the Legislative Session on time.

Here’s a look at the main budget differences between the sides as they head into week seven of the nine-week Session.

Both chambers put more money into preK-12 schools, with the Senate including $24 billion in the Florida Education Finance Program, the state’s main public school funding source. That’s more than $104 million higher than the House allocation. The Senate version has $8,111 per student, about $30 more than the House and $352 more than the current year.

One of the most contentious parts of the House plan is a provision to reduce the budgets of 12 school districts that defied DeSantis’ executive order banning mask mandates for students. Districts in Alachua, Broward, Brevard, Duval, Hillsborough, Indian River, Leon, Miami-Dade, Orange, Palm Beach, Sarasota and Volusia would be deprived of $200 million that would go to the other 55 districts.

Rep. Randy Fine, a Brevard County Republican in charge of the House education budget, noted no district would see cuts compared to the current year, but argued the districts must be punished for defying the executive order. Democrats blasted the measure as “punitive” and noted no district remains out of compliance.

The Senate doesn’t have such a plan in its budget, but Senate President Wilton Simpson, a Trilby Republican, told reporters Thursday he’ll be open to the proposal during talks with the House.

When the Senate filed SB 2508, a bill to allow funds for a key Everglades reservoir to go to other water storage projects surrounding Lake Okeechobee, they were met by dozens of upset fishing guides, environmentalists and tourism officials. Those groups slammed the bill as a reversal of the 2017 law, SB 10, which dedicated funding to the reservoir. The new bill is a top priority of Simpson’s.

SB 2508 also placed funding for some South Florida Water Management District projects contingent on their certification to lawmakers they would follow existing rules and prioritize “existing legal users” — which critics took to mean the sugar industry — when managing the water from the lake.

The fishing guides feared a repeat of the algal blooms of the previous decade that fouled waters and killed marine life, freezing outdoor tourist activities and attractions for months on end. DeSantis, who has championed Everglades restoration funding since taking office, also bashed the plan, and Senators amended the bill Thursday to remove some of the contentious provisions regarding the Everglades Agricultural Area Reservoir. Some environmental groups, however, remain opposed to the bill.

The House doesn’t have a similar bill, but it will be part of budget talks between the chambers. DeSantis hasn’t signed off on the new version of the bill, so the measure could change further before a final budget deal is reached.

Although a bill cutting and adjusting taxes isn’t formally part of the budget talks, Republicans in charge of the Legislature have negotiated a tax-cut package in tandem with spending plan negotiations in recent years.

The House Ways and Means Committee on Thursday passed HB 7071, a hodgepodge of tax cuts and breaks, including popular sales tax holidays for school supplies and hurricane preparedness items.

Hurricane preparedness items, such as generators, batteries and tarps, would be exempt from sales taxes for 14 days starting May 28.

How much the tax cuts would cost the state and local governments in revenue is unknown because state economists haven’t done formal estimates on the effects of each provision in the bill.

The Senate has advanced some similar tax cut ideas but hasn’t passed as large a tax-cut package as the House has. Still, the chambers will likely hash out a tax-cut bill during budget negotiations. DeSantis’ gas tax cut proposal, a five-month moratorium on the 25-cent per gallon tax starting July 1, could still emerge. Simpson, however, has said he’d prefer to target tax cuts to Florida residents, noting that tourists also would benefit from a gas tax moratorium.

Simpson has made a $1 billion plan to boost state worker pay, and the pay of workers in schools and nursing homes a main part of the Senate’s budget.

The plan includes increasing the minimum pay for state employees from $13 to $15 per hour, and increasing the wage of those who make between $15 and $25 per hour now. In contrast, the House budget provides a 5.4% increase for state workers.

The Senate budget would increase the minimum salary for correctional officers and probation officers to $20 per hour, along with bonuses of $1,000 to $2,500 based on years of service as a way to retain guards in the face of a turnover and staffing crisis in Florida prisons.